‘Two or three weeks ago everyone was saying he shouldn’t be playing’: Michael Owen lauds Son Heung-min after brace for Spurs against Frankfurt – including a stunning volley – and insists ‘ANY massive club would take him’

Michael Owen believes that any ‘huge’ club would take Son Heung-Min after the Tottenham star continued his return to form in Spurs 3-2 win over Eintracht Frankfurt in the Champions League.

Son had come in for some criticism at the start of the season, following some below par performances and a lack of goals. However, Owen believes that if clubs were looking to sign a Spurs player it would be the South Korean they’d snap up.

‘Two or three weeks ago everyone was saying he shouldn’t be playing’. Owen said on BT Sport following the win over the Bundesliga side. 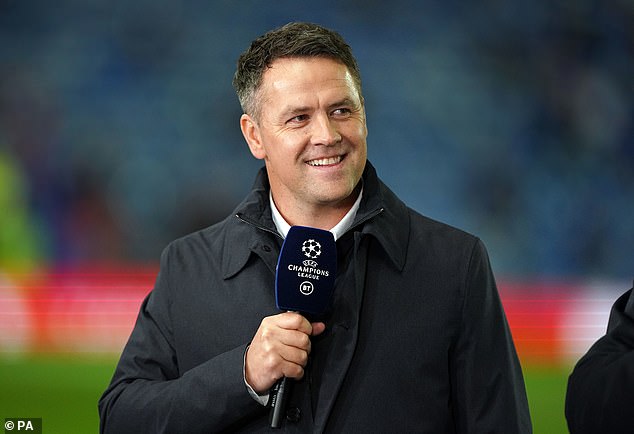 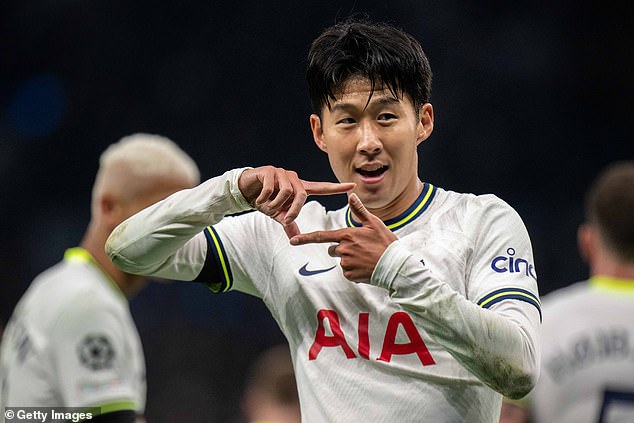 ‘He’s one of the best. We said at the time that if you are any huge club and you’re looking at Tottenham and saying we want one of their players I’d take Son ahead of all them. Based on age, quality and everything, I’d take Son.’

The 30-year-old scored twice in Spurs win, with Harry Kane adding what turned out to be the winner from the penalty spot.

Fellow BT Sport pundit Ally McCoist agreed with Owen’s sentiment and was also impressed with the forward’s volley for his second goal at the Tottenham Hotspur Stadium – even comparing it to a Spurs legend of the past. 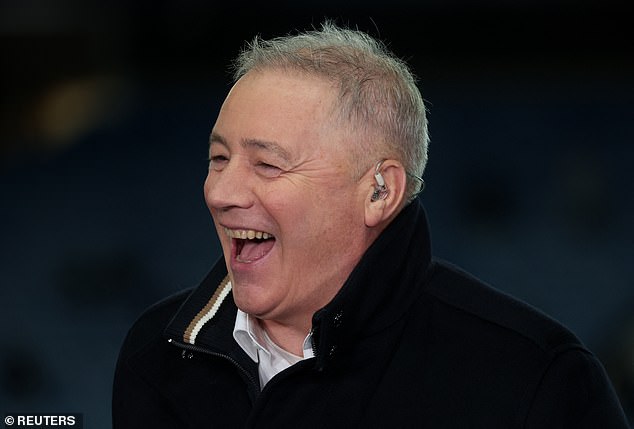 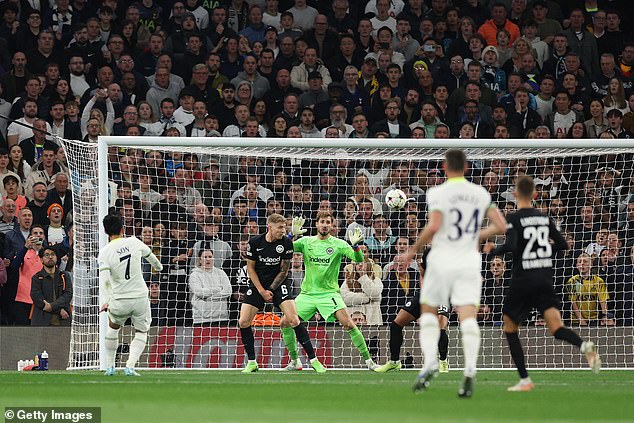 ‘100% I’d agree about Son. McCoist said.  ‘His goal-scoring return, the way he runs in behind and he works his socks off. The quality of the finish tonight was outstanding, the perfect volley, smashing.

It’s just technique. It’s Glenn Hoddle-esque if I’m allowed to say it. He doesn’t try to smash it, does’t try to put his foot through it, just technique. Head over the ball, beautiful strike.’

The plaudits continued to come for Son from the pundits in the studio, with Peter Crouch also praising the Tottenham star for bouncing back after struggling for form at the start of the campaign. 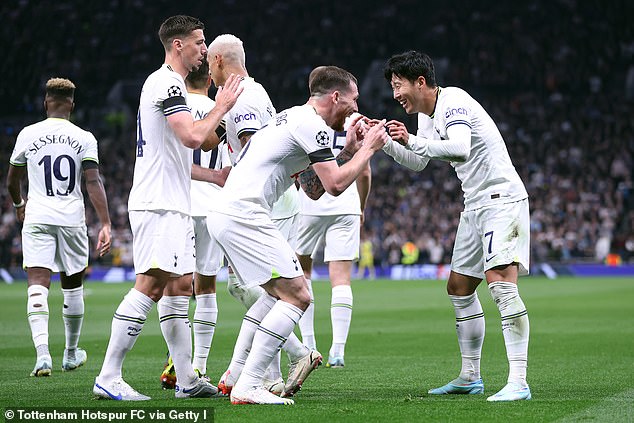 The former Spurs man said: ‘Son smiling and scoring, the world’s a better place! Such a top fella. Gone through a difficult time at the start of the season, questions were being asked, after such an amazing season last year.

He was always going to get on the road to goals. From minute one tonight, he looked so much sharper. He took his goals fantastically well.’

The win has put Spurs in the driving seat in their Champions League group, after leaders Sporting lost at home to Marseille.

Antonio Conte’s men are now a point clear at the top of Group D with two games left to play.