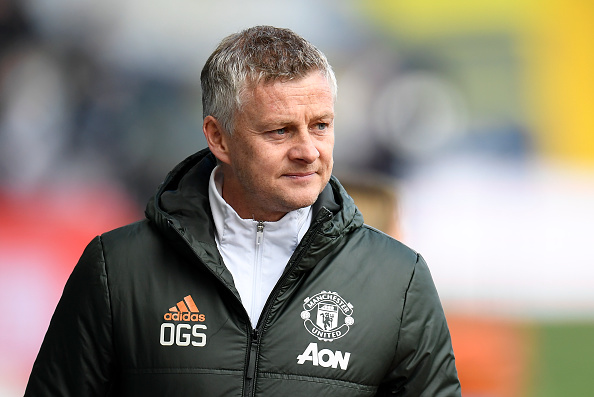 Solskjaer’s side beat their rivals 6-2 in a riveting encounter in early December but it was a game of few chances in Yorkshire.

The draw is United’s seventh 0-0 draw of the season – more than any other side in the Premier League.

And Owen believes Solskjaer’s ‘negative’ move of playing Fred and Scott McTominay together in midfield contributed to the bore draw at Elland Road.

‘I was disappointed with the team that Ole Gunnar Solskjaer picked,’ Owen told Premier League Productions.

‘I thought it was quite a negative team. You’re going to a team that you’ve already beaten 6-2 in the Premier League, you don’t really need two sitting midfielders.

‘I thought it was a negative statement to start with.’

Solskjaer opted to start Paul Pogba and Edinson Cavani on the bench, with the pair entering the fray with around 20 minutes left.

That move was made with one eye on Thursday’s Europa League semi-final against Roma, with United hosting the Serie A giants at Old Trafford before the second leg in the Italian capital.