The 31-year-old had the time of his life on Monday night as his late double in the 4-1 win over Leicester City took him two clear of Paolo Di Canio on 49 top-flight strikes.

Antonio celebrated his landmark by recreating the famous final scene from Dirty Dancing – with a life-size cardboard cut-out of himself.

He told West Ham TV: “I don’t just want to beat the record by one or two – I want to beat it by loads so the next person trying to get up there isn’t going to beat me.

“The [first] goal started off my little roll to go. I beat the record, and now I’m beating it by two – hopefully I can beat it by, maybe, 20.”

Goals from Pablo Fornals and Said Benrahma put West Ham 2-0 up, with Leicester down to 10 men after a red card for Ayoze Perez.

Youri Tielemens pulled one back but Antonio’s late heroics lifted West Ham to the top of the table after two matches. 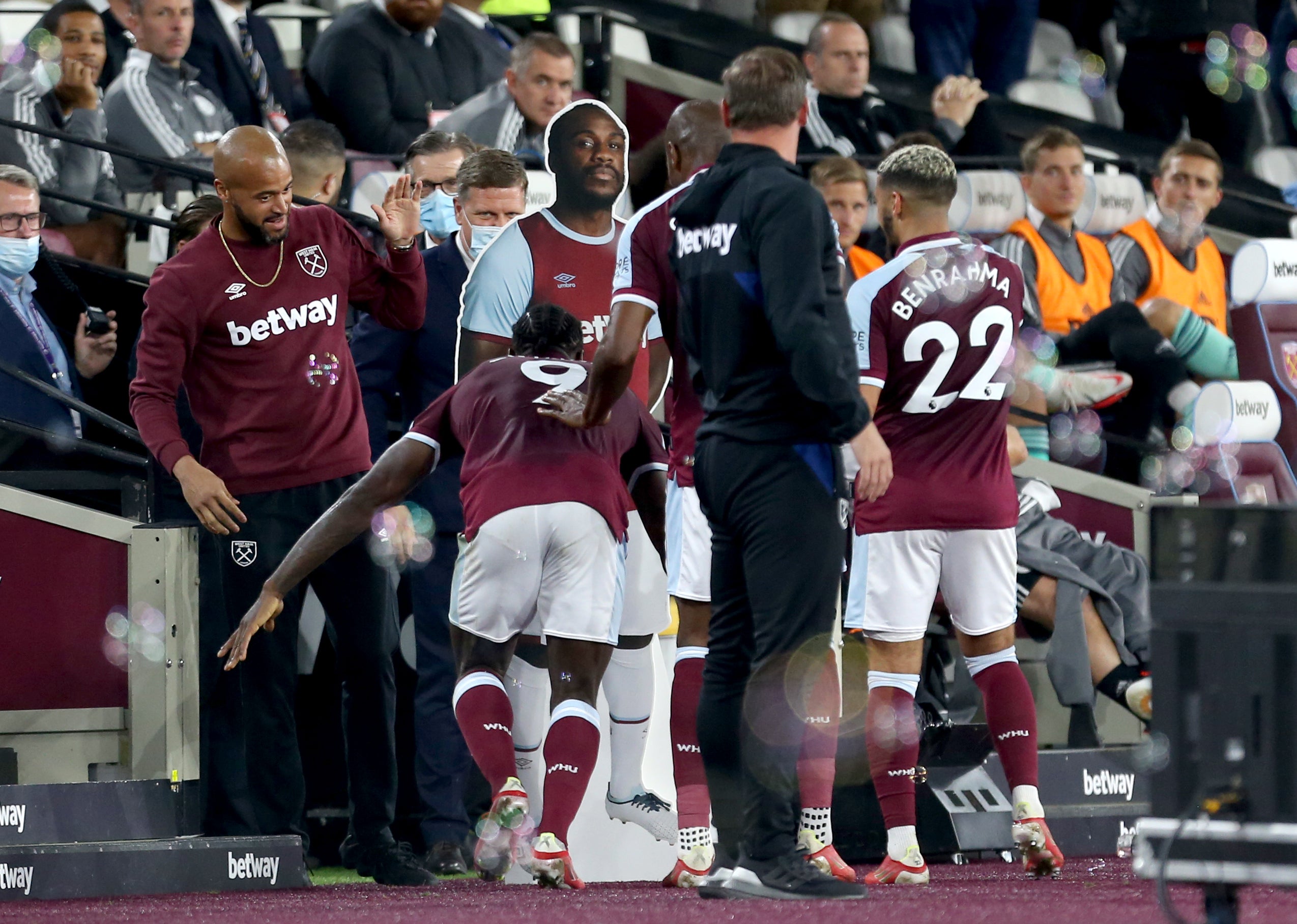 The striker was delighted to score in front of a capacity crowd for the first time since the 3-1 win over Southampton on February 29, 2020 – 541 days previously.

“It was amazing,” he added. “There’s no better feeling than scoring a goal in front of fans.

“The performance we had as a team was beautiful. The thing that probably could have made it better was if we had the clean sheet.

“I’ve been here for six years. I’m in my seventh season, and I’ve never been top of the table – so let’s all enjoy that together!”

Unlucky Leicester were missing Jannik Vestergaard, the defender they spent £15million on from Southampton to ease an injury crisis at the back, and who had promptly got injured in training.

Boss Brendan Rodgers is hopeful the problem is not serous.

He said: “Hopefully in the midweek he can get back onto the field.

“He was in training and he had nobody near him, he’s just overstretched and felt a soreness in his knee and couldn’t run on it.

“He’s had a couple of scans and it doesn’t show anything serious. We’re hoping that with a few days of recovery he can get back out onto the field again.”