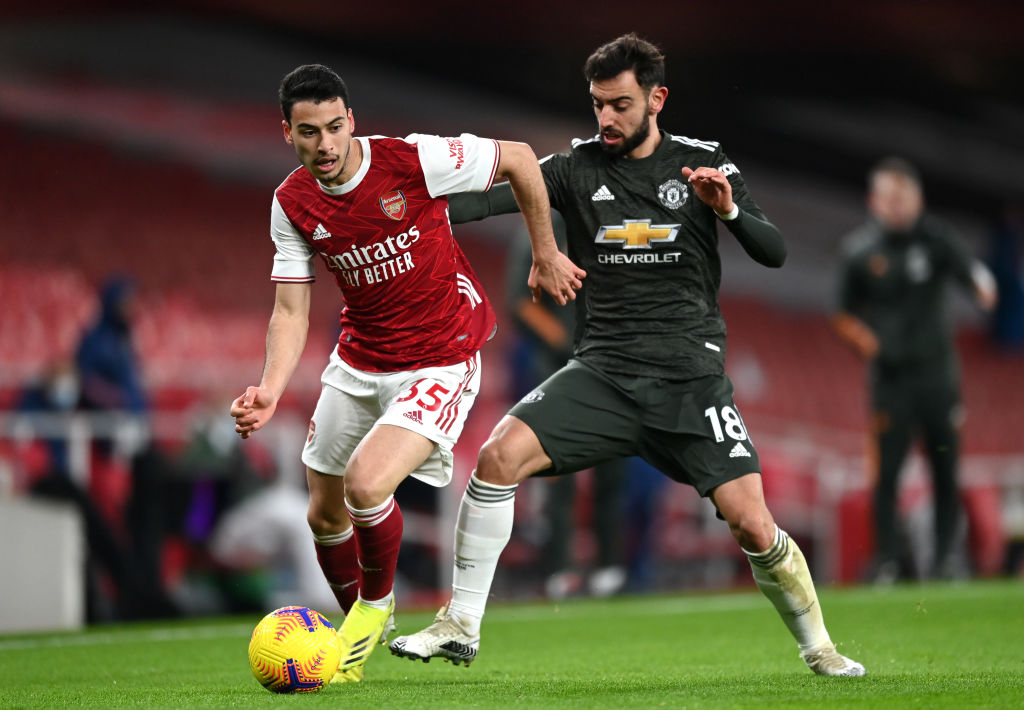 Mikel Arteta revealed his decision to haul Gabriel Martinelli off at half-time during Saturday’s draw against Manchester United was purely ‘tactical’.

The versatile Brazilian forward started on the left-hand side of Arsenal’s forward line in the continued absence of captain Pierre-Emerick Aubameyang, but struggled to make an impact.

United looked particularly dangerous down their own right flank, with Ole Gunnar Solskjaer at one point overheard encouraging Marcus Rashford to target makeshift left-back Cedric Soares who was booked early on for a foul on Bruno Fernandes.

Arteta opted to be proactive at the break and introduce Martinelli’s experienced compatriot Willian, who has endured a hugely underwhelming start to his Arsenal career following his summer move from Chelsea.

Martinelli, himself, has been eased back into the first team picture having only recently recovered from a knee injury which ruled him for nearly eight months.

The teenager suffered a fresh injury scare during the warm-up in the recent FA Cup win over Newcastle, but his manager explained the decision to haul him off after 45 minutes against United had nothing to do with any fitness concerns.

He said: ‘It was a tactical decision. It was something we weren’t doing right and I thought Wili could’ve done better and that’s why I made the decision.

‘It was about a few things and some things we had to treat to be much more aggressive like we were in the second half.

‘Press much better, we were closer, getting the ball really high, we had better options with the ball.

‘It was nothing to do with Gabi, his work ethic or whatever, it was just a tactical decision.’