Arsenal boss Mikel Arteta was full of praise for his side after Sunday’s 3-1 win over Leicester City, but warned they need to keep the same consistency if they’re to move up the Premier League table. The Gunners moved into tenth position in the league with a comfortable win at the King Power Stadium.

Arteta had a stern warning for his players after Sunday’s win against Leicester.

The Gunners boss saw his side run out 3-1 winners at the King Power after coming from behind to claim all three points.

The win saw them leapfrog Leeds United in the table, and they are now just three points behind reigning champions Liverpool – though Jurgen Klopp’s side have a game in hand.

However, Arteta reiterated after the game that his players will need to maintain some consistency and stop giving easy chances to their opponents. 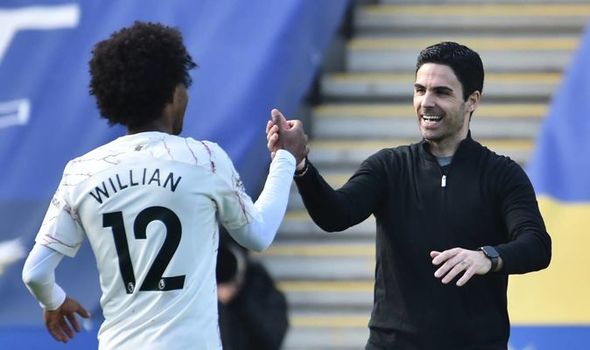 He said: “Every game is going to be different so what we did today is not going have a knock-on effect on the next Premier League game.

“I think the team is clearly improving and taking a direction that I like.

“All the time I say it’s about the consistency. We’re still giving things to the opponent. We did it against Benfica, we did it today against a more dangerous team in short transitions.

“That’s something we have to eradicate to give ourselves the best possible chance.

“Everything I see attitude wise what we are creating as a group and the way we are playing within our model it looks much closer to what we want.”

Arteta did, however, reserve praise for Willian, Alexandre Lacazette, Granit Xhaka and David Luiz for their performances.

He said of Willian: “Yeah he was very good. We’ve seen that in training over the last few weeks.

“I think he’s revealing himself, he’s not accepting the situation. I think he was the player who changed the game against Benfica in the last few moments when he came on. 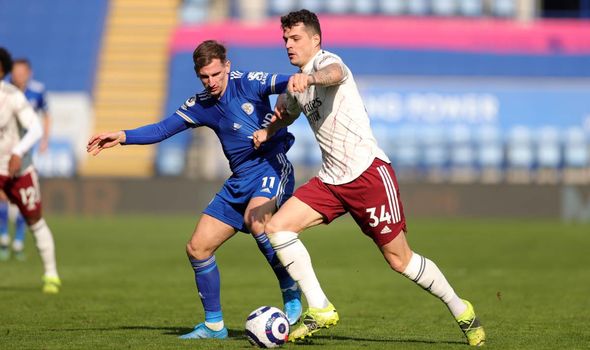 “And today I think he was terrific, the same with the senior players, Laca I think the way he played, Nico he grew in the game and had a big impact.

“And Granit, a player who has played that many minutes to play with the heart and the passion he showed in every action I think it’s a good example for the rest of the players.

“He [Xhaka] has played more minutes than anybody else but he keeps going even when he’s so tired and tries to help the team in the right way.

“And the same with David, for someone like him at his age to play again it was tough but he showed real attitude, he wanted to play and that’s the best way to approach every game.”