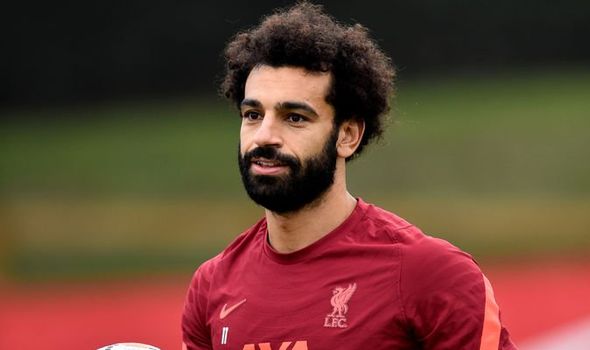 Mohamed Salah has been urged to recommit to Liverpool for the rest of his career by Anfield legend Ian Rush and take a shot at his all-time goalscoring record. Salah, who has netted 134 times in 212 appearances for the club, is stalling over an extension of a contract that expires in the summer of 2023.

But Rush says Liverpool must tie down a player who he rates as currently the best footballer on the planet.

“If you are Jurgen Klopp you want him to sign. Any club in the world would be interested in Mo Salah at the moment,” the legendary Rush said.

“I want him at Liverpool for the next four or five years. Hopefully there is a deal to be done where Mo and the owners are happy.

“He is a legend anyway because he has scored 100 goals for the club but I think he can go onto even better things.

“For me he is the best player in the world at the moment. Yes, Ronaldo has come in and done well for Manchester United and Messi is just getting to grips with Paris Saint Germain but with the way he is playing, Salah is better than both of them.

“He has upped his game this year. People say he is selfish but look at the assist for Sadio Mane against Manchester City – he is making goals as well as scoring them now.

“That, for me, is the big difference. He knows now when to pass and when to shoot. And when he shoots it is off either foot now.

“Two years ago he wouldn’t have scored that goal against City with his right foot but defenders now don’t know which way he will go. He is absolutely fantastic.”

Liverpool will have to make Salah the highest-paid player at the club by some distance if they want to keep him but Rush does not see that as an issue so long as the Egyptian is delivering.

“Players do talk about it – it’s only human – but if a player is doing his bit on the pitch there is no problem,” said Welshman Rush.

Salah stands 10th on Liverpool’s goalscoring list but Rush’s tally of 346 goals in 660 games for the club remains one of modern-day English football’s great landmarks.

“When I look at my record now I can’t believe it myself!” He added. “To score 346 goals was amazing.

“I’m very proud to hold the record but I’m a great believer that records are there to be beaten and if someone does it good luck to them.

“If Mo Salah beats that I’ll be first to congratulate him but I’m not too sure if that will happen.”

Ian Rush is a Gambling.com ambassador. More information at https://www.gambling.com/news.