The Egyptian forward netted his 20th league goal of the season and 29th overall with an outstanding touch to control Sadio Mane’s half-cleared cross, a stunning spin away from Matt Ritchie and a smashed finish high into the net. 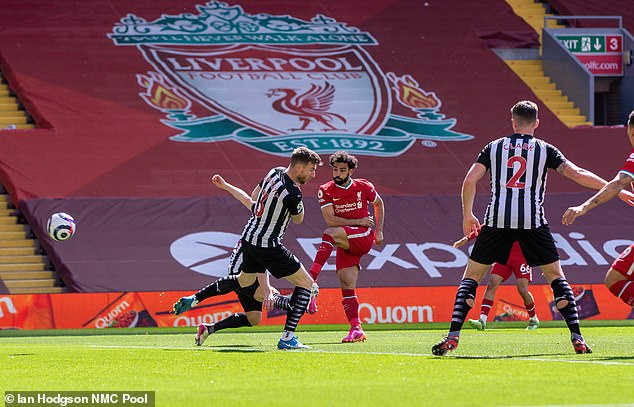 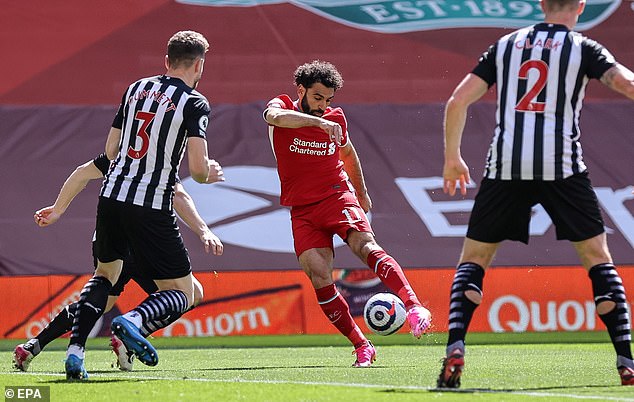 And he was praised by former Liverpool striker and BT Sport pundit Crouch: ‘It was great to watch, it came out of nothing.

‘Look how strong Salah is here, holding off the defender and he has that presence of mind. It was such a clinical finish.

‘To have the presence of mind to bring in down was world class.’

His fellow pundit at Anfield Jermaine Jenas said the goal was ‘top drawer’. 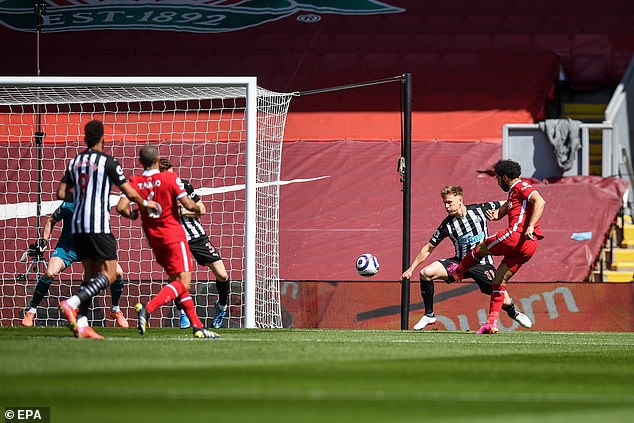 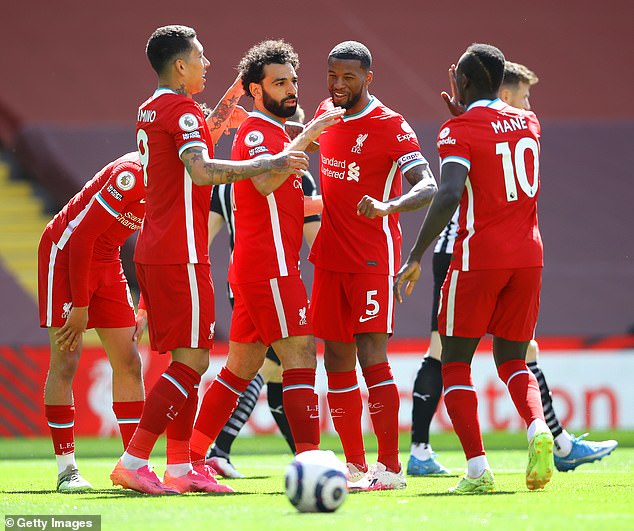 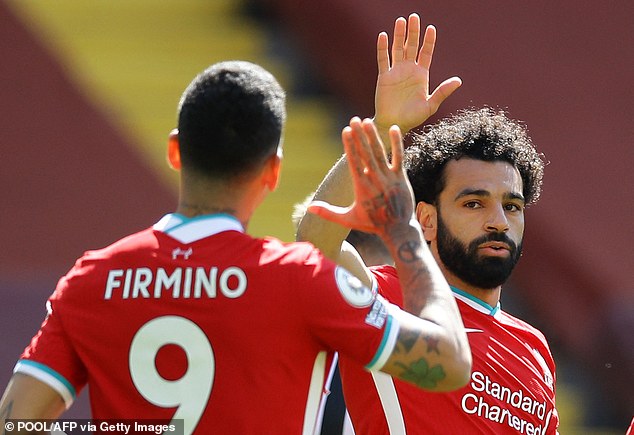 And BT Sport commentator Steve McManaman was dazzled by the deftness of Salah’s first touch and the way he spun and shot in what appeared to be one fluid motion.

‘One if the very, very best. It’s good body shape from Mane, it’s just an innocuous cross into the box which is cleared. 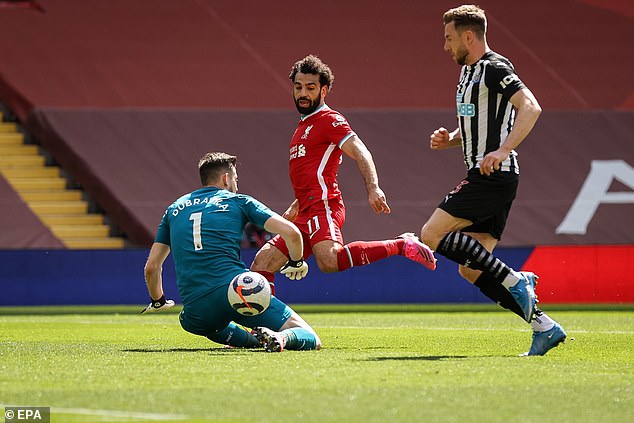 But Salah was left frustrated later in an entertaining, end-to-end first-half when he was in the clear only to delay his shot and find the ball smothered by Newcastle keeper Martin Dubravka.

And Salah dragged into the side netting in the second-half when Mane again teed him up right in front of goal.

Those missed chances came back to haunt the top four chasers when Joe Willock equalised to earn Newcastle a point in the 95th minute at Anfield.