As Mohamed Salah received the ball in the 75th minute of Sunday’s match, he had his back to goal and three Manchester City players within a 10-yard radius. A snapshot of that moment makes it look virtually impossible for the Egyptian to do much, let alone score. He would surely be crowded out.

What followed was simply genius. There’s no more accurate description. Jurgen Klopp was right to say it was up there with anything Lionel Messi can produce. It was a privilege to witness. Klopp was immediately aware of how special it was. “This goal will be talked about in 60, 70 years’ time.”

The Liverpool manager added that Salah had scored similarly against Tottenham Hotspur and Napoli.

Whatever about the distant future or recent past, though, there’s the hugely impressive present. It’s true Salah hadn’t scored a goal like that for a while, but it’s impossible to escape the feeling he has been building up to it. After a good summer’s break that refreshed him, the Egyptian currently has nine goals from nine games. It is his best spell of form since April 2018, a period at the end of that first season at Anfield when he initially went on to another level as a player.

Runs like this are when a star is pushing the very boundaries of their talent, and they are on a plane of performance that means special feats start following. That’s what this goal was, not to mention the Messi-like run to set up Sadio Mane. It is Salah so assured with his ability that he feels he can try anything and it will come off. It usually does.

It may well have made him the best player in the Premier League again – and one of the best in the world.

This isn’t to say Salah has been off form over the last few years. It instead sometimes seems like he is so consistent that his contributions are often taken for granted. He hasn’t just kept scoring regularly for Liverpool. He’s kept scoring crucial goals, equalisers and match-winners.

Salah was already the most decisive player in the Premier League. He is currently the most devastating again, just wreaking havoc in the way he did in 2017-18 when he won the Player of the Year award, so perhaps wresting that status as the league’s outstanding star from Kevin De Bruyne.

That alone will give rise to bigger debates: whether Salah is actually the best player in Europe; whether he’s the best player in Liverpool’s history. They end up coming down to subjectives, but the fact someone even has a claim is impressive enough.

A more pertinent debate is whether Liverpool should meet his huge contract demands. Salah’s contract is up in 2023, and he currently wants between £300k and £380k a week, which would break Liverpool’s wage structure by a considerable distance. 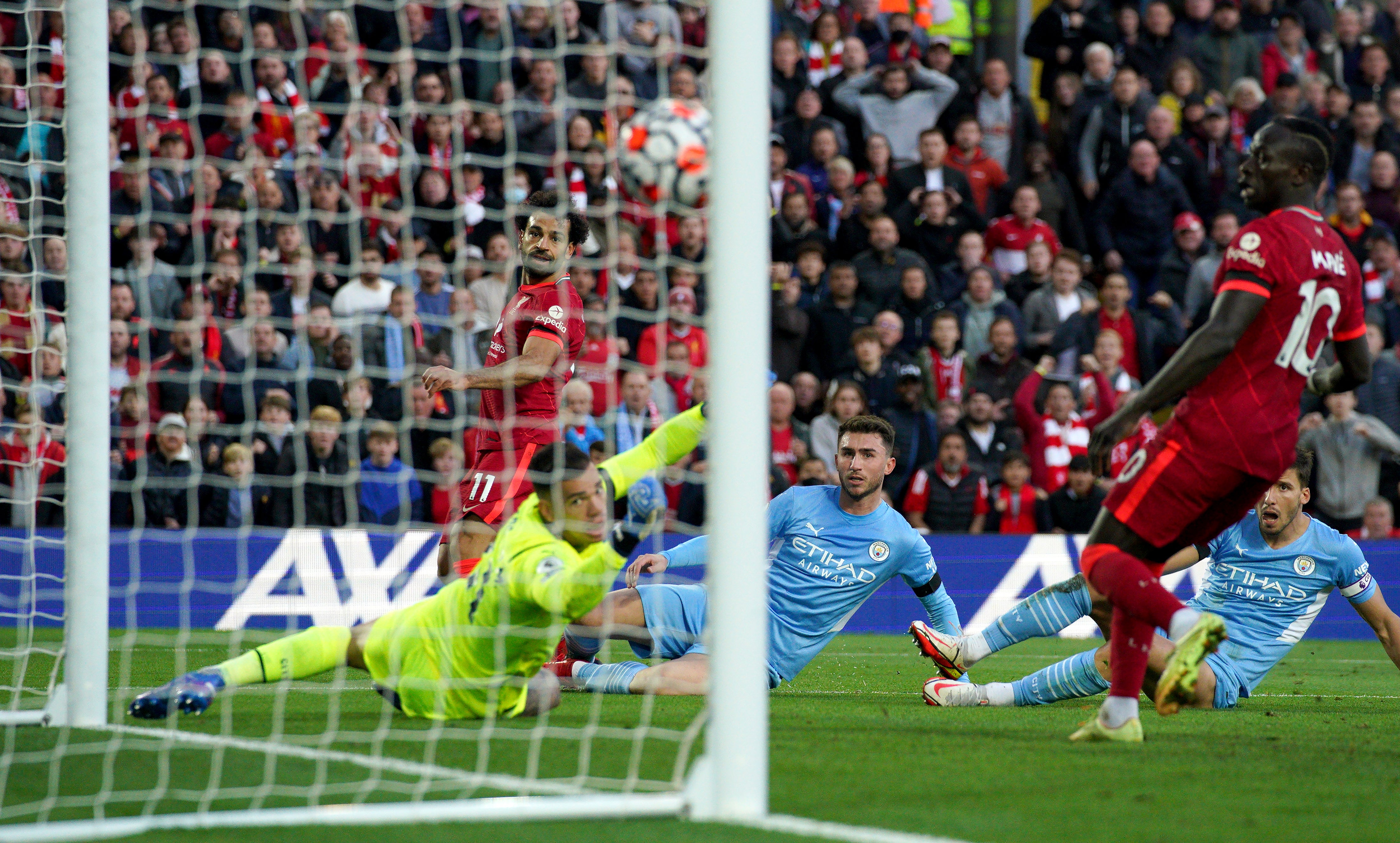 The temptation during spells of form like this is to just get swept away and say yes, absolutely, pay him whatever he wants. There are as many arguments that they should hold firm, though, and they kind of swing on the same points.

Salah has recently turned 29, so it would go against the soundest football principles to award the biggest contracts as players get into their thirties. The situations at Barcelona and Juventus are sound evidence of that. Liverpool generally have the most forward-thinking policies in football.

This isn’t to say it is inevitable that Salah will now go into decline. It is possible that the old truths that the late twenties represent a player’s peak are outdated. The game is currently filled with world-class forwards in their mid thirties in the form of their lives. At 33 and top of the Bundesliga scoring charges, Robert Lewandowski is an example of this.

This might be the consequence of modern sports science, that more and more elite players will keep playing at elevated levels into their late thirties.

Salah is more based on pure speed than most, which can fade, but he is another player in supreme physical condition; another who goes beyond old ideas of fitness. He is one of the new ultra-athletes. Like Ronaldo, Lewandowski or Messi, he is also well capable of adapting his game, too.

Letting him go might mean Liverpool losing some of his best years – but not giving him this contract doesn’t mean letting him go.

The issue for Salah is that, while players of his generation have changed what we might expect from certain ages, clubs have not. Most of the best-run clubs still see it as inefficient business to give huge contracts to any players signed from outside who are above the age of 25.

This is one factor that has disrupted Salah’s career plan. The idea for a long time was to end up at Real Madrid and be the star player after Cristiano Ronaldo. That was scuppered by the signing of Eden Hazard, which was also one of many similar moves – like for Antoine Griezmann – that put clubs off mega-deals for players in their late twenties.

Now, Madrid have long moved off Salah. They are looking to Kylian Mbappe and Erling Haaland, and are hoping to bring in both. Barcelona are a basket case. Most major European clubs are looking to rein in their budgets, so are likely to concentrate on youth – or players with “resale value” – even more.

As we’ve seen with Messi, Ronaldo and even Sergio Ramos, though, that can change if a player is available on a free. It’s just there’s some risk for both sides.

So, it really comes down to two main variables: whether Salah can keep going to the same level; whether there is a market for him. Both are very hard to predict.

For the moment, there’s only one certainty. That is that Salah will score. He is perhaps the best guarantee of goals in the game right now. And some of those goals, on this evidence, are going to be exquisite.