Look out! Lyon stars Moussa Dembele and Alexandre Lacazette are floored after clumsy coming together… with collision leaving the REFEREE needing treatment on injured shoulder

A Ligue 1 referee was left floored after being on the receiving end of a collision between Lyon’s former Premier League stars Alexandre Lacazette and Moussa Dembele.

The clash happened during Lyon’s 3-2 defeat to Rennes, as former Arsenal star Lacazette and ex-Fulham striker Dembele ran into each other as they tried to hit the opposition on the break.

However, French referee Stephanie Frappart was caught in the crossfire and play had to be stopped while she recovered from the incident. 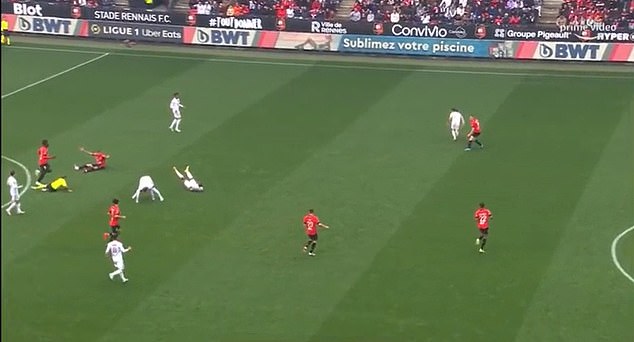 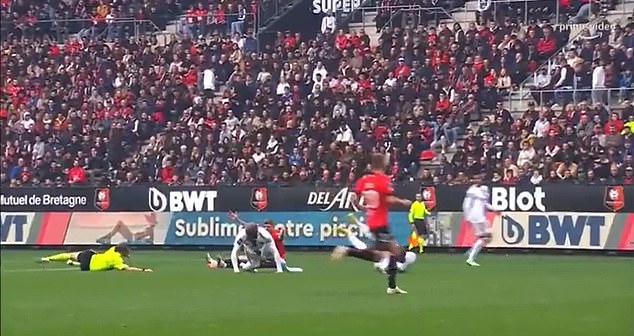 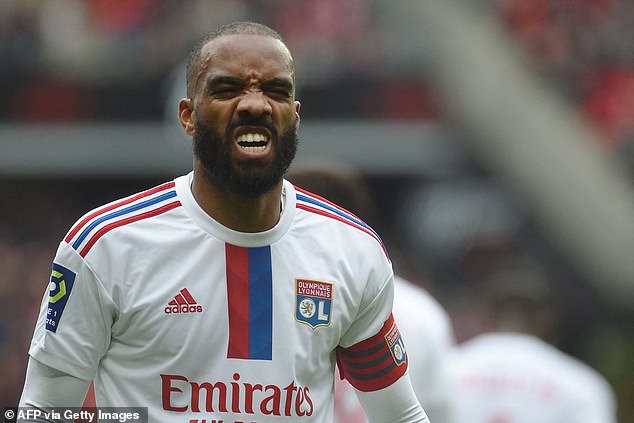 The moment happened just two minutes into the Ligue 1 fixture, as 26-year-old Dembele charged through the middle of the pitch.

He failed to see the bodies in his path, however, and clipped the referee’s heels before clumsily clattering into team-mate Lacazette, sending all three of them to the floor.

The impact saw Frappart land awkwardly on her arm and shoulder and following the collision went back to the changing room to receive treatment and check for any damage to the area – with some reports suggesting she may have dislocated her shoulder.

Ever the professional though, the official did have time to book Rennes midfielder Xeka for a foul seconds before the coming together, and actually left the pitch still holding the yellow card in her hand.

It wasn’t the start former Gunners star Lacazette had planned to the game, however, he did score twice for Lyon but it couldn’t prevent his side from the defeat.

Lacazette has been in fine form since re-joining Lyon from Arsenal in the summer, netting six times in his first eleven games for the club.

Martin Terrier was the hero for Rennes, netting twice in the game and a win that sees his side sit in fifth in the Ligue 1 table. 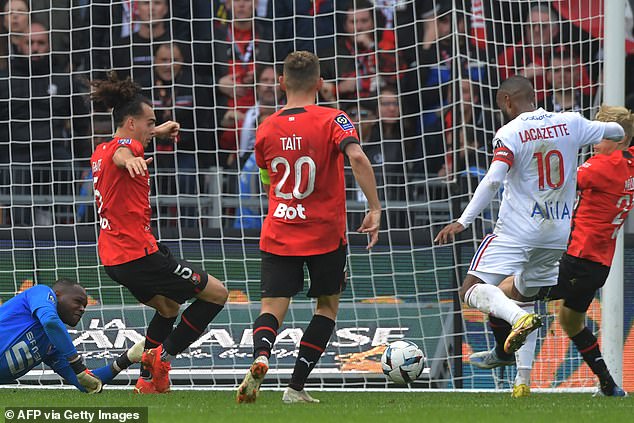