Though the Bundesliga side took a 2-0 victory over Barcelona in the Champions League, Mane didn’t register a single shot on goal and was hooked off after 70 minutes.

Nagelsmann was quizzed on Mane after the match, with the Senegalese international now goalless in his last four outings for his new side. 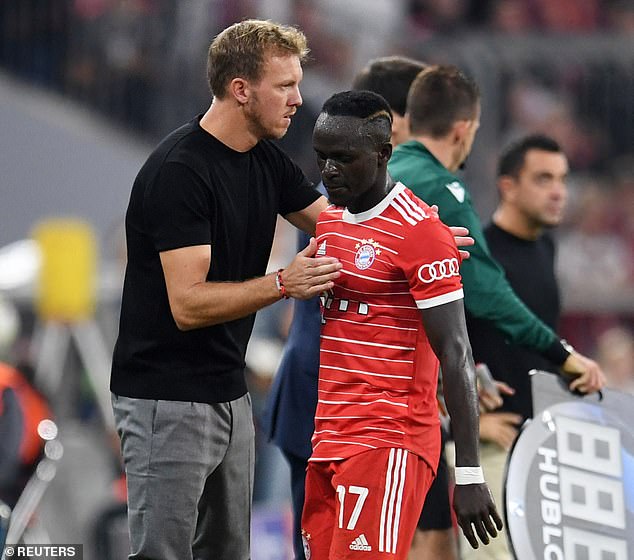 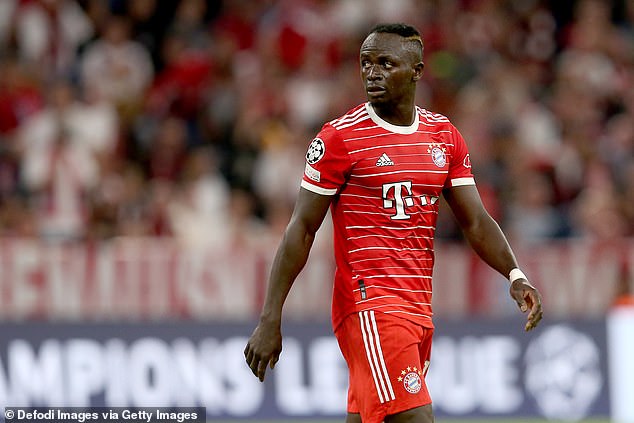 After a quick start to life at Bayern, Mane has now gone four games without scoring a goal

During his post-match press conference, Nagelsmann said: ‘He’s a new signing. He just needs to adapt. He was trying. I’m certain he will succeed for us.’

He then added: ‘Everything I need to say about Sadio, I’ll say to him and not in the media.

‘He played a new position today, which of course he didn’t play so much last year at Liverpool, but the years before that.

‘It’s quite normal as a newcomer who of course still has to adapt to certain procedures that are a bit different to those at Liverpool. 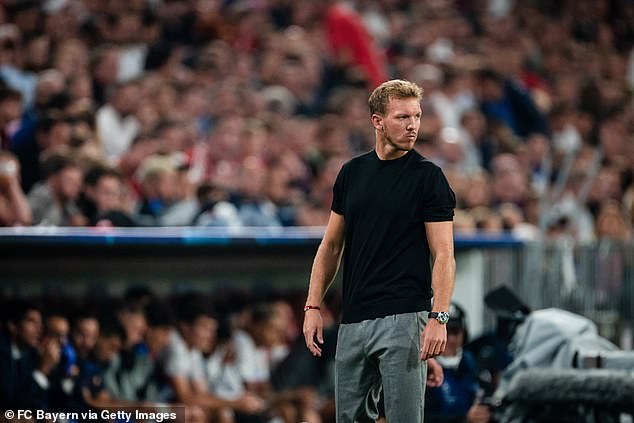 ‘I already said during the week that I would like him to do certain things more.

‘Maybe less looking for the ball or team-mates and trying to be a bit more self-confident, but we are very happy that we have him and he will put his stamp on our game.’

Despite Mane struggling to fire, his team-mates helped Bayern Munich to a 2-0 victory over Barcelona to top their Champions League group.

Barcelona squandered a number of chances in the first-half, before Bayern kicked up a gear in the second, with goals from Lucas Hernandez and Leroy Sane ensuring victory. 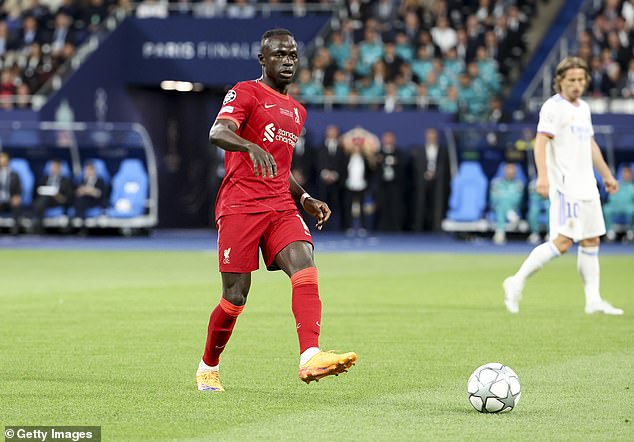 Questions over Mane’s form come despite a bright start to life at the Allianz Arena, after his £35million switch from Liverpool.

The 30-year-old scored three goals in as many Bundesliga appearances to start the season, also netting in the DFL Supercup final win over RB Leipzig and the first round of the DFB-Pokal against Victoria Koln.

Mane played on the left-wing against Barcelona, having started more centrally during the opening weeks to the new season.

He played on the left side of Liverpool’s forward line for much of his time at Anfield, though often played down the centre last season following the arrival of Luis Diaz in January.