Napoli 4-2 Ajax: Free-scoring hosts book place in the last 16 of Champions League with Khvicha Kvaratskhelia scoring from the spot after another controversial handball before Victor Osimhen sealed victory

Napoli kept up their 100% record in the Champions League group phase and secured progress to the knockout stages by beating Ajax Amsterdam 4-2 at the Diego Armando Maradona Stadium on Wednesday.

Early goals from Hirving Lozano and Giacomo Raspadori put the Serie A leaders comfortably ahead by the 16-minute mark and Khvicha Kvaratskhelia added a second-half penalty after Davy Klaassen had pulled one back for Ajax.

The Dutch club made a desperate bid for a share of the spoils as Steven Bergwijn converted an 83rd-minute penalty to bring the score back to 3-2 but a horror defensive error allowed Victor Osimhen to score Napoli’s fourth in the final minute. 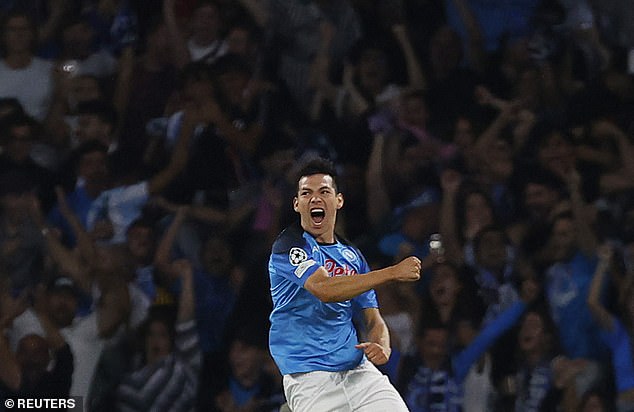 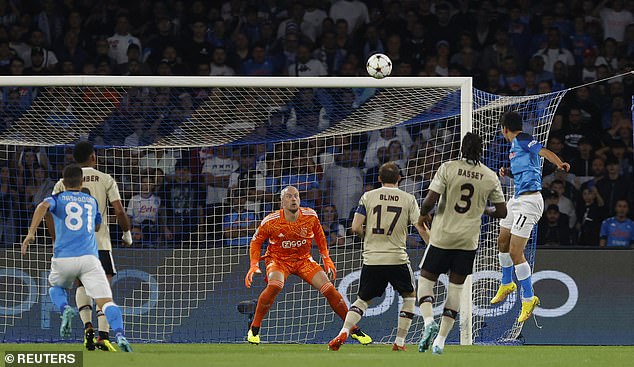 Napoli’s 12-point haul means they are guaranteed a top-two finish in Group A, having scored 17 goals in four matches. 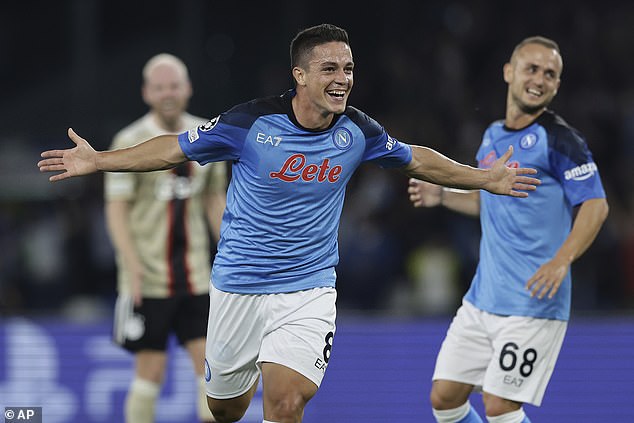 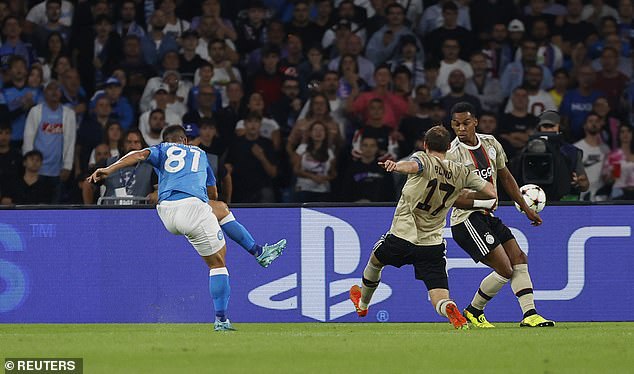 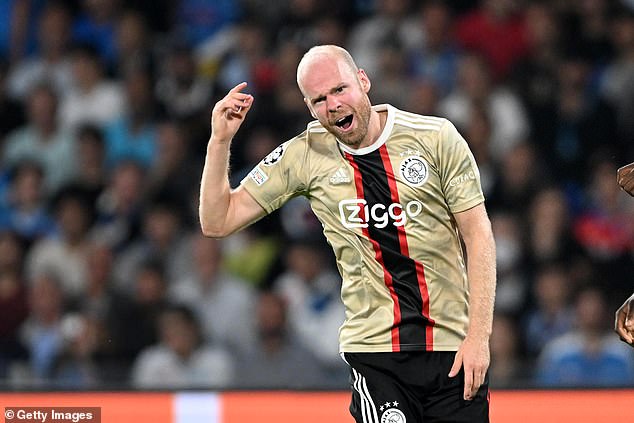 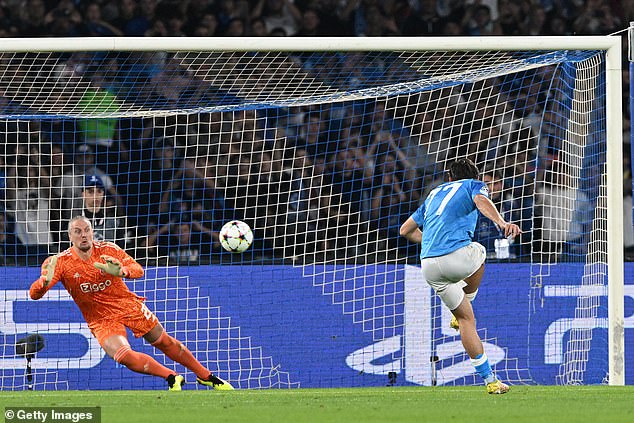 Khvicha Kvaratskhelia scored from the spot after another controversial handball decision