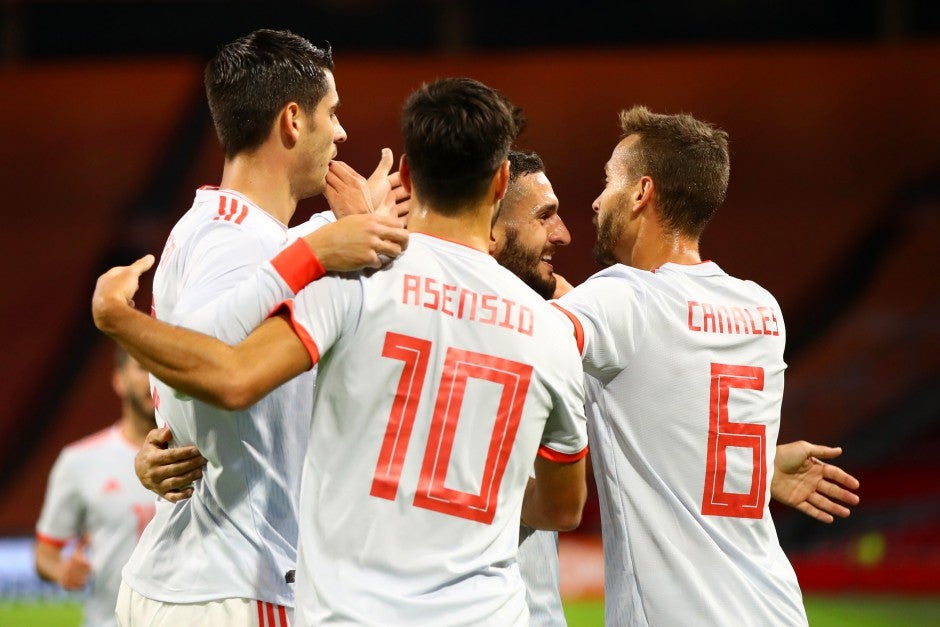 Unai Simon – 6: Little to do. Saved sharply from Memphis in the second-half

Hector Bellerin – 6: Lucky not to give a penalty away for a clumsy challenge on De Jong

Eric Garcia – 7: Comfortable night in and out of possession

Inigo Martinez – 7: Rarely troubled as the Dutch struggled to pose a consistent threat

Jose Gaya – 6: Forced off early on after nasty clash of heads with Hateboer

Marco Asensio – 6: Broke between the lines well but lacked his usual class in the final third

Rodri – 7: Neat and tidy in the middle of the park as Spain dictated much of the tempo

Koke – 7: Kept the ball moving well in transition alongside Rodri

Alvaro Morata – 8: Lively throughout. Teed up Canales well for his goal