‘Never say never!’: Neil Warnock insists he could add to English record of 1,603 games as manager despite 72-year-old’s sacking by Middlesbrough

Neil Warnock says he is proud of his management record, which he feels is unlikely to be surpassed, after his exit from Middlesbrough was announced.

Warnock’s departure was revealed minutes after the 1-1 draw with promotion-chasing West Brom.

Warnock had overseen an English record 1,602nd professional game as a manager at Luton on Tuesday, but the draw at the Hawthorns proved the end. 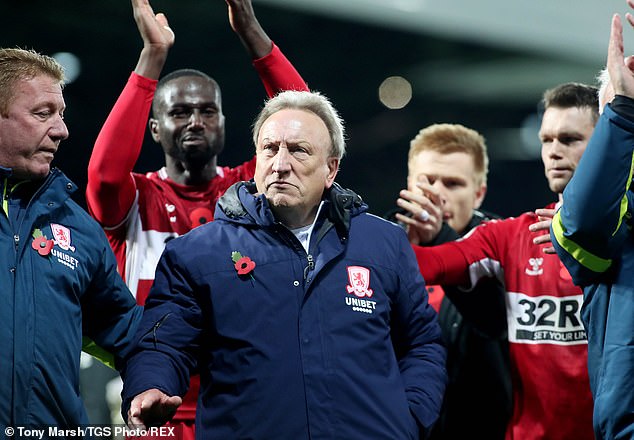 He admitted it was a case of ‘never say never’ when asked about his future in the game but said he was frustrated by his exit. Boro said a decision had been reached by mutual consent with the club lying 14th in the Championship table.

They said: ‘The decision was reached after talks between the two parties and Neil leaves the club with the best wishes of all.

‘He managed the club during the unprecedented and challenging season of 2020-21 when games were played behind closed doors. Neil broke the record in English football earlier this week — an amazing achievement unlikely to be beaten.’

Warnock, 72, said: ‘I’m disappointed how it’s ended up but nothing surprises me really. I found out this morning, with a call to say they were going in a different direction.

‘I felt I deserved a bit more but it’s not to be and I wish them all the best because it’s a great club with super players.

‘Whoever comes in will get a great set of lads and will get some support in the transfer window. I think the new man will be given what he wants to get three or four players in.

‘They need those players and, then, I think they still have a good chance of going up. I will look from afar and see how well they do.

‘I’m proud of my managerial record and I can’t see it being beaten in the modern day. I’ve had a really good time.

‘It was hard coming into the club during the pandemic but to take the club through that and come out the other side, I’m proud and the fans have been great. As to the future, I never say never but Sharon says please don’t commit to anything!’

Boro had gone close to ending Albion’s unbeaten home run. The Baggies were grateful to Grady Diangana for maintaining it. 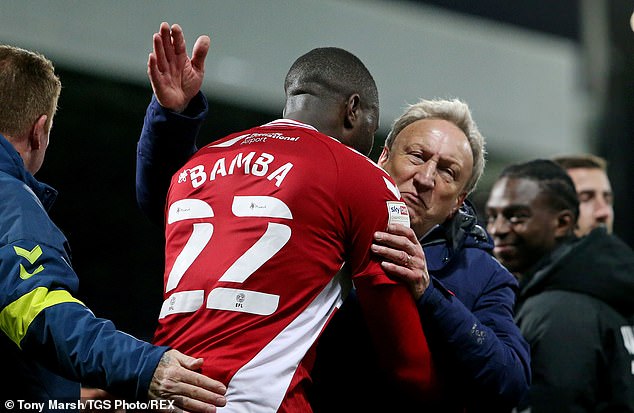 He bagged an equaliser to rescue a share after Josh Coburn had given the visitors, on the back of two defeats, the lead in a drab first half.

Albion pressed to find a winner after making the second-half breakthrough and Boro goalkeeper Luke Daniels denied Kyle Bartley. But the Baggies were also indebted to Sam Johnstone’s dramatic late save to deny Andraz Sporar.

‘The lads were really good. They are a great bunch of lads,’ Warnock added. ‘I told them before the game I was leaving and I asked them to just go out and put on a performance and do their best against a good side.

‘I thought they did ever so well. I got a performance. The lads tried their hardest, didn’t they?’