Home » Soccer » Neville says Son and Kane are not themselves

‘Son and Kane look like they’ve had their balloons burst at a party as a kid’: Gary Neville says England striker appears to be ‘carrying over situation from the summer’ – and says South Korean team-mate is ‘not himself’ either

Though the South Korean scored a late consolation goal for Spurs, neither he nor Kane made any significant impact on one of the club’s most important games of the season.

Kane in particular had some decent chances which he failed to put away, and did not get a contentious penalty decision, but still looked some way short of the deadly striker who won the Premier League Golden Boot last season. 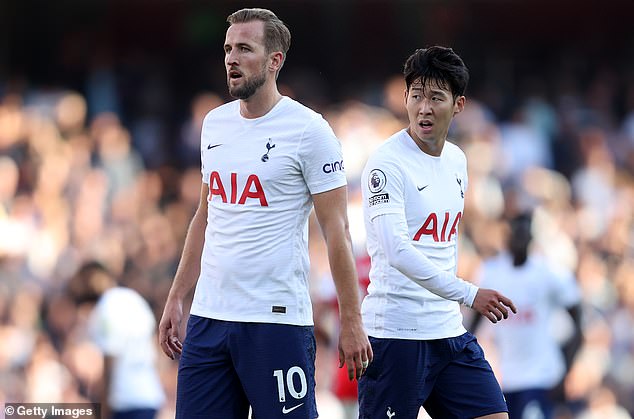 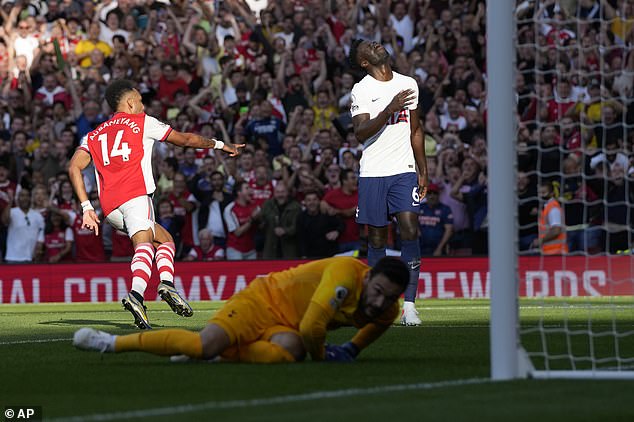 Spurs endured a humiliating 3-1 derby loss to Arsenal, and were three goals down at half time

Neville suggested Kane may still be dealing with the aftermath of his failed attempt to force a transfer to Manchester City over the summer, with the England captain having made clear he wanted to leave White Hart Lane only to find himself still at the club.

‘He doesn’t look happy,’ Neville said on Sky Sports.  ‘The balls played up to him were long punts, (but) Harry doesn’t look himself in terms of his body language.

‘He looks like he’s still carrying over the situation from the summer. (But) he could’ve still had two or three goals today and a penalty. There’s still a contribution, but he’s just not himself.’

Neville was quick to also point out that Son, who formed such a formidable attacking partnership with Kane last season, was also visibly struggling. 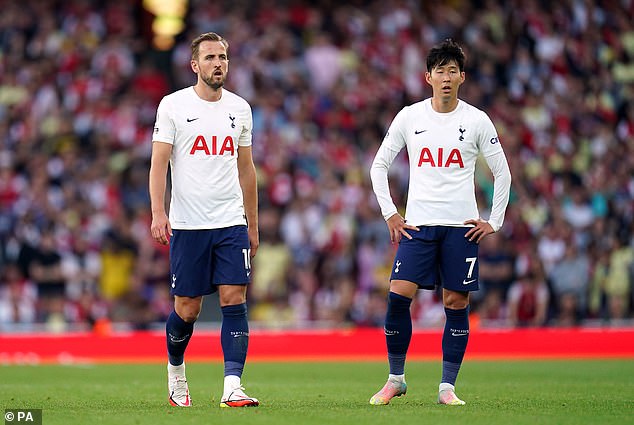 ‘Neither is Son (looking happy), I’m not just singling out Kane. Son and Kane look like they’ve had their balloons burst at a party as a kid. That’s what it looks like.’

But fellow pundit Graeme Souness criticised both players’ attitudes given they are senior leaders at the club.

‘They’re two big players for Spurs. They have to make the difference when things are going bad. If it’s not them, who are they going to rely on?

‘They look like a sorry group of players who feel sorry for themselves. It’s time for the good senior pros, it’s time for Harry Kane and whoever else may deem themselves a big player, they have to stand up and be counted.’ 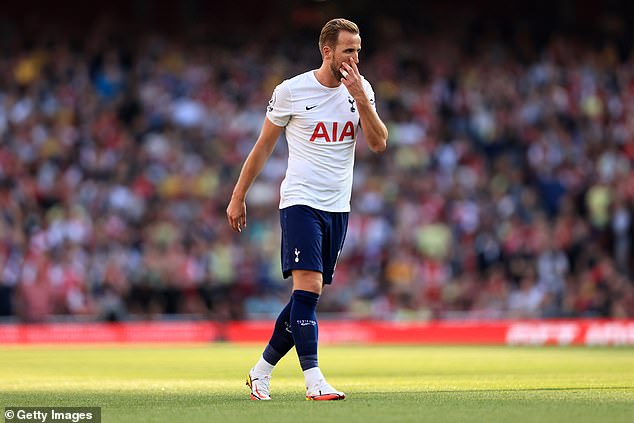 Ex-Tottenham defender Ledley King was less critical of Kane’s performance, but accepted that things were not right with him.

‘I’m never worried about Harry in terms of his form, ever,’ he said. ‘I know his mentality is to get better and better every day and to be the best player he can be.

‘He’s always going to score goals because he cares. But there’s not doubt he’s out of shape at the moment, out of form. When he’s not playing well, we struggle.’

Arsenal legend Tony Adams said the problem lies in the players behind Kane rather than solely with the England captain.

‘They’ve got to put a team in behind him, simple as that,’ he said. ‘They need some resilience.’