Steven Gerrard was named as the new Aston Villa boss this week – and is now set to link up with U23 coach George Boateng, who Gerrard crunched with a studs-up tackle back in 2001.

Gerrard made over 700 appearances for the Reds and was given his marching orders on eight separate occasions.

And one of the first red cards Gerrard received in a Liverpool shirt was against Villa, with the 41-year-old dismissed for a strong tackle on Boateng.

Boateng has been coaching back at Villa Park for two-and-a-half years and will now form an important part of Gerrard's backroom support team.

Gerrard will also link back up with former Liverpool team-mates Danny Ings and Ashley Young following his move from Rangers earlier this week. The former England midfielder was earmarked as Villa's top choice to replace Dean Smith, who was ruthlessly axed by the Villa board last week.

Gerrard has already won plaudits during his short stint in management.

He guided Rangers to a historic 55th league title last year – and stopped bitter rivals Celtic from making it 10 title wins in a row.

But he has a big job on his hand to turn around a Villa side that has struggled following the departure of star man Jack Grealish.

Do you think Steven Gerrard is a good appointment for Aston Villa? Let us know in the comments section. 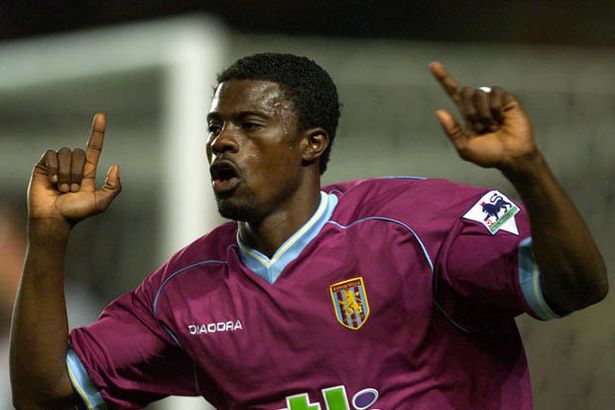 The club are currently slumped down in 16th spot in the Premier League.

And Gerrard, who has reportedly been earmarked as Jurgen Klopp's eventual successor at Liverpool, will be expected to hit the ground running at Villa Park.

Some people see the move as a gamble, with Gerrard in danger of ruining his chances of eventually succeeding Klopp if he turns out to be a Villa flop.

But he doesn't seem to be feeling the pressure, as he put on a smile after his unveiling as Villa boss – despite annoying Rangers fans by leaving during the season to do so.

“Aston Villa is a club with a rich history and tradition in English football and I am immensely proud to become its new Head Coach," he said.

“In my conversations with Nassef, Wes and the rest of the Board, it was apparent how ambitious their plans are for the club and I am looking forward to helping them achieve their aims.

“I would like to express my sincere gratitude to everybody associated with Glasgow Rangers for giving me the opportunity to manage such an iconic football club.

"Helping them secure a record-breaking 55th league title will always hold a special place in my heart. I would like to wish the players, staff and supporters the very best for the future.”