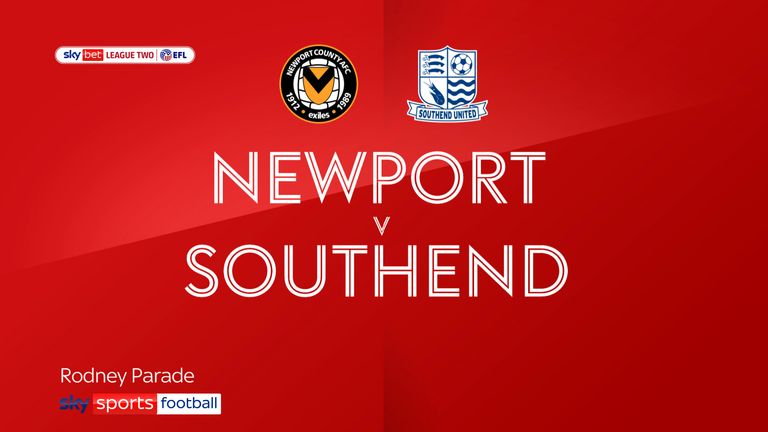 Mark Molesley’s side arrived on the back of a 5-1 pasting at Port Vale, and desperate for points having lost their last four games. They came through in the second half thanks to a goal from a sweet free-kick by Tom Clifford in the 74th minute

After a chanceless first half in which neither keeper had to make a save, Clifford decided it with a left-footed shot from a free-kick on the edge of the area.

County goalkeeper Nick Townsend saw it late and could not keep the ball out of his net and the Shrimpers were on their way to only their sixth win of the season.

County’s last hope of snatching anything from the game evaporated when Mark Oxley saved from point-blank range from Nicky Maynard to make it three defeats in their last four games for the home side.

The win lifted Southend off the bottom and saw Newport, long-time leaders in the first half of the season, drop to fifth.