Neymar has sent a clear message to Barcelona that he is finally settling down in Paris after three turbulent years. The attacker left the Nou camp in a world record £198million deal and has constantly been linked with a return.

A number of Barcelona’s high-profile stars, including Lionel Messi and Gerard Pique, have pleaded with Neymar to return.

Some of the Catalan club’s senior players were willing to defer some of their wages to facilitate the transfer.

Paris Saint-Germain stood firm to keep hold of the Brazilian and are hoping he can lead them to Champions League glory.

Ahead of the return to European action next week, Neymar has sent a clear message to Barcelona not to disrupt his side’s preparation by making any approach as he is now happy in the French capital.

“I have gained a lot of experience over these three years,” Neymar said.

“There were times of joy and some more complicated ones, especially when I couldn’t play due to injuries.

“With the help of my team-mates, I was able to overcome them and focus on what really matters to everyone, which is our performances on the pitch which translated into titles.

“Our supporters, the club and all fans can appreciate the performance of our team in any match.

“I think I am having my best time in Paris today. We are a family that shares this great goal that we have before us.

“We want to mark this season with the Champions League. We are going to fight for this, because we have never been so close.”

PSG take on Serie A side Atalanta in the quarter-finals on August 12 and the Italian club’s midfielder Marco Verratti senses Neymar is a man on a mission.

“I see him particularly determined to bring PSG to the top,” he told Gazzetta dello Sport.

“Having him in this physical and mental condition is an added bonus. 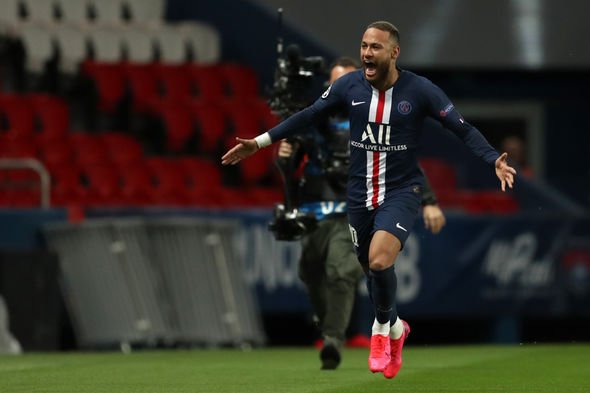 “Neymar is a leader who plays and always trains hard, an example for all.”

He added: “I can feel they are well here, they believe in the project and know that there are not many teams stronger than PSG.

“In Paris, they have the possibility of winning. And winning here would really be really special.”