Neymar: Pundits on whether PSG move was the right decision

Thiago Mendes and his family have been sent death threats after the Lyon midfielder was sent off for a horror challenge on Neymar in his side’s 1-0 win over Paris Saint-Germain on Sunday. Neymar was stretchered off in tears in the dying moments of the Ligue 1 game, having suffered an ankle injury as a result of the challenge.

There were concerns that the injury could be a serious one but PSG boss Thomas Tuchel has quelled those fears.

Speaking in a press conference ahead of their game against Lorient, Tuchel said: “It’s not impossible to see Neymar again before the winter break.

“Maybe against Lille, we hope. We’ll do everything for Lille.

“I can’t say yes or no. We must wait to see the results of the last exams tomorrow.” 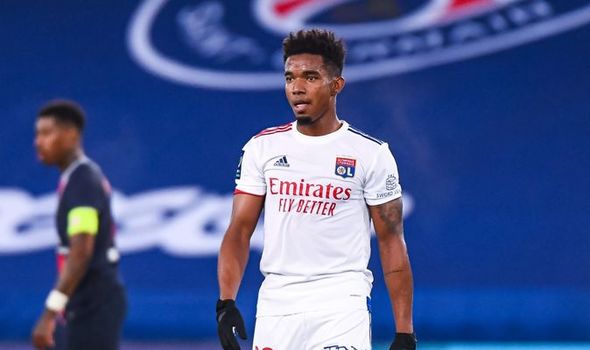 Mendes was sent off for the challenge and has since apologised in a video posted on his Instagram.

“Like the Brazilian people, I also admire his football and I hope that nothing serious has happened,” Mendes said.

“May he recover quickly and bring joy to the fans. Here again is my sincere apologies.”

However, according to Mendes’ wife Kelly, the player and his family have received death threats such as: “For your boyfriend’s actions, if anything happens to Neymar, you will pay with your life. You and your family, one by one.” 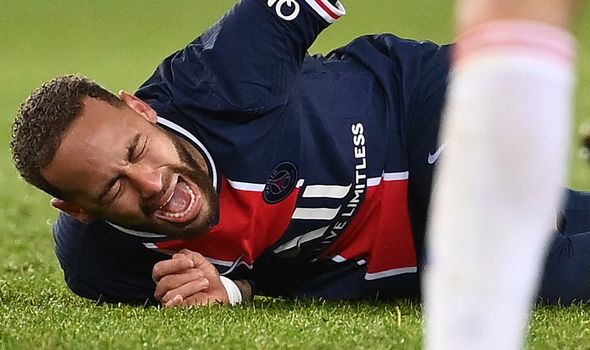 Kelly confirmed to French outlet CNews that they had sent the messages onto the police and Lyon boss Rudi Garcia has vociferously defended his player.

“Fortunately, there is therefore no serious injury, contrary to what his outing on a stretcher might suggest,” Garcia said.

“I am very happy that it is a slight injury and that he can play again very quickly.”

Asked about the abuse Mendes has received, he added: “It shouldn’t exist. We talk about respect, but the word is overused. 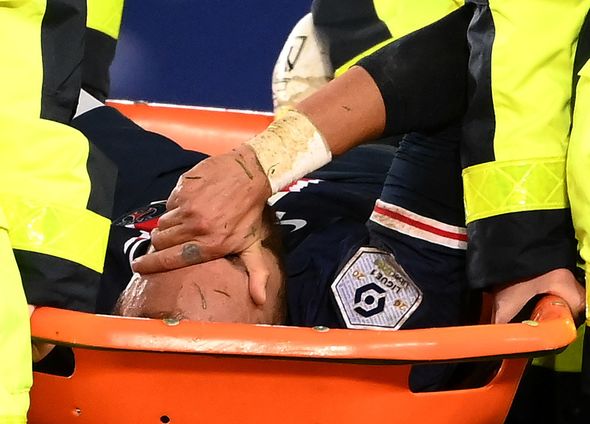 “There have never been so many insults and death threats on ‘social … networks’.

“There are a lot of things ignored. We are not here to talk about politics, but we can see how the world is shaken up.

“It’s a bit the world upside down: it is the police who are in the crosshairs of the media and not the thugs, for example.

“We are in a world upside down. We must stop this race for controversy. I hope that for Thiago there will be a fair sanction.”