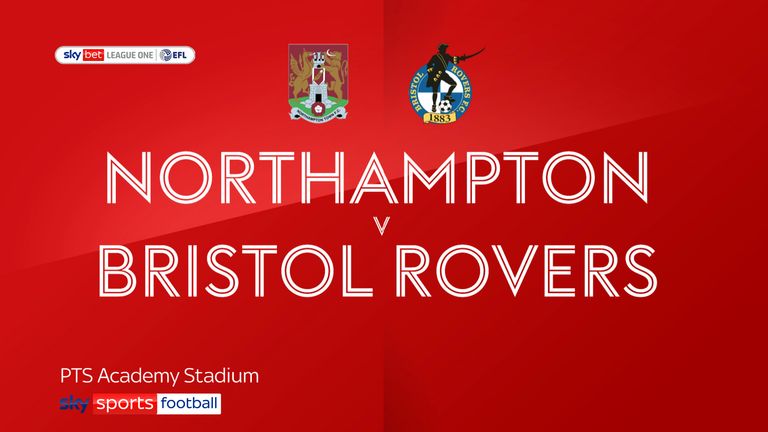 Luke Leahy’s early goal had Rovers on course for back-to-back wins but Hoskins held his nerve to keep the Cobblers outside the relegation zone.

Rovers started well and were only denied the opening goal by Michael Harriman’s superb last-ditch tackle on Jonah Ayunga.

Jonathan Mitchell kept out Jack Baldwin’s header from the following corner but there was no denying Leahy at the next set-piece as he met Zain Westbrooke’s cross and blasted in at the second time of asking.

Northampton improved and went close to levelling, Anssi Jaakkola denying Fraser Horsfall, but Rovers could have been further ahead at the break after Luke McCormack cleared the crossbar.

Chances were at a premium in the second half but Northampton had one glaring opportunity to level when Danny Rose completely missed his kick just 10 yards out.

But the home side did salvage a point with 13 minutes to play when Hoskins scored from the spot after Jack Baldwin brought down Alex Jones.