A hat trick, two disallowed finishes, a saved penalty… and THREE goals in first half stoppage time! NYCFC and FC Cincinnati play out thrilling 4-4 draw in wildest MLS game of the year

Brazilian striker Brenner spared Cincinnati’s blushes  with a hat-trick as he rounded out a wild 4-4 draw against New York City FC on Wednesday night.

Cincinnati looked to be cruising to a routine victory when they raced into a 3-0 lead.

Luciano Costa made it 1-0 before Brenner netted a brace to put his side in control after 30 minutes.

NYCFC’s resistance looked to be broken for good when Roman Celentano saved Maxi Moralez’s penalty in the 34th minute.

But heading into the 45th minute, that is when all hell broke loose. 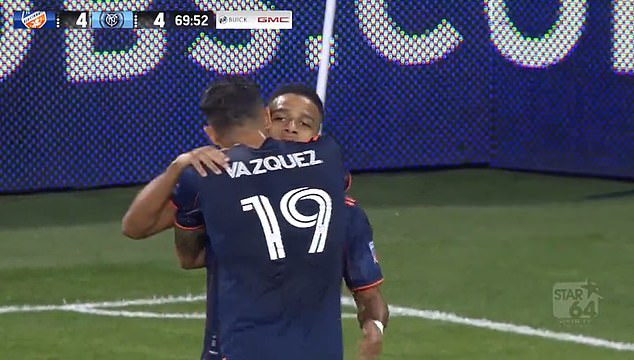 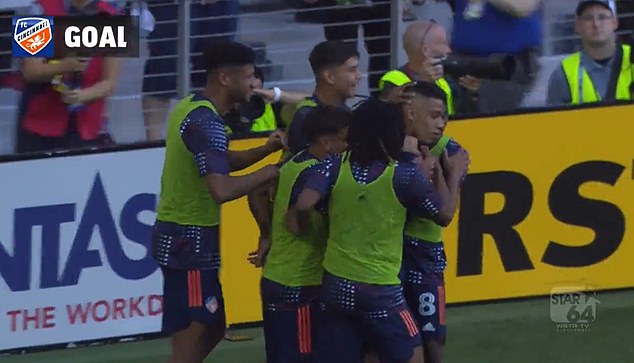 To the 21,258 fans in attendance, NYCFC looked out of the fight without landing a punch, only for the game to be turned on his head moments before the break.

As the clock struck 45 minutes, NYCFC had a goal back, Talles Magno knocking in from a corner.

Two minutes later the deficit was reduced even more, striker Heber got the first of a brace.

His first was a delightful chip on his left foot over the goalkeeper before his second, to stun the crowd and level it up at 3-3, came with a back-post header from a free-kick. 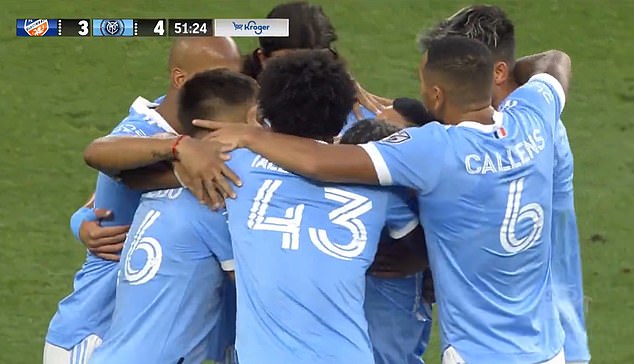 It was the first time in MLS history that a side has completed a comeback from a three-goal deficit before half-time.

‘The one thing that I said to [Noonan] was, ‘If you bought a ticket to this game, you got your value twice over today,” NYCFC boss Nick Cushing said.

‘And as coaches that’s not what we want, but that’s what I believe.

‘For every person that bought a ticket to come to this game today, they definitely got their ticket price.’

NYCFC weren’t done there, though.

Cushing’s side had all the momentum and sensationally they were ahead early in the second half through Gabriel Pereira. 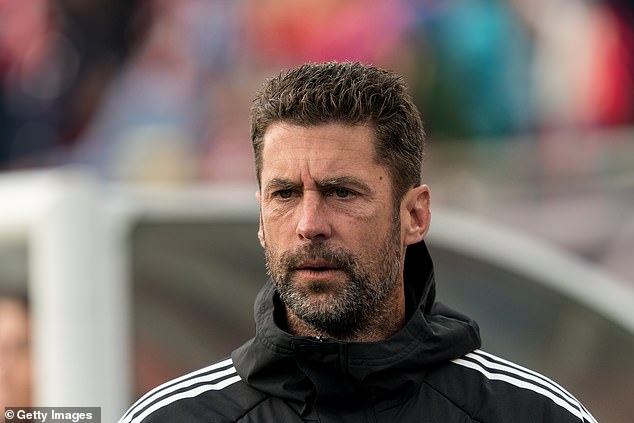 But it would be Brenner who would have the final say on the scoresheet, scoring smartly from the edge of the box for the first-ever MLS hat trick in Cincinnati’s history.

He could have had too more, too, had it not been for the offside flag.

One, a clever backheel finish, was quickly chalked off and a second, which sparked wild scenes with Brenner believing he had rescued a 5-4 win, ruled offside.

‘There’s disappointment, but I think the energy in that locker room, despite not getting the three points, is a group that’s hungry and expects more, even against a good opponent.’