Manchester United star Daniel James was the victim of poor decision-making on Ole Gunnar Solskjaer’s behalf, but it was the player that took the flak. The Red Devils could only muster a 0-0 draw with Chelsea at Old Trafford in a drab affair in a match neither Solskjaer or Frank Lampard wanted to lose.

United and Chelsea played out a bore 0-0 draw, with the only thing damper than this squib being the Old Trafford pitch.

Both managers set up not to lose and were more concerned with not conceding a goal rather than scoring one.

It comes as a result of the two coaches approaching a vital period of the season where a loss would damage morale.

Games are coming thick and fast, so maybe it was not exactly a surprise to see the two once-great Premier League teams opt to act pragmatically. 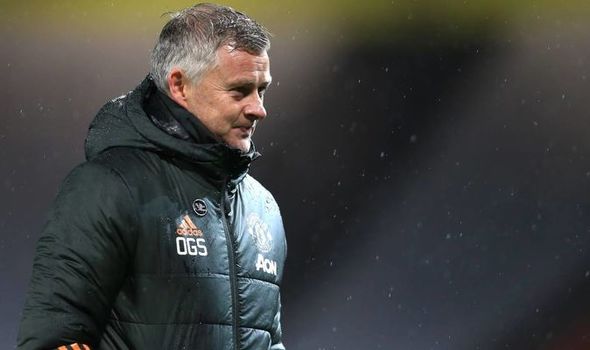 But for one player, it was another match where he would have probably preferred to be elsewhere.

United winger James was played out on the left, with Juan Mata being deployed on the opposite side and Marcus Rashford down the middle.

It was a system set up for failure from the start, a lack of balance, no focal point and little excitement.

And that is not James’ fault, who has become something of a scapegoat at Old Trafford over the past few months.

The Wales international did not particularly play well, nor did any attacking player, but Solskjaer’s system seemed to rely on allowing Chelsea the ball and hitting them on the counter.

On the face of it, that probably makes sense – Lampard’s backline has looked leaky and susceptible to such moves in the past and James has lightning speed.

But facing two right-backs in the shape of Reece James and Cesar Azpilicueta meant the former Swansea star was starved of any space, whether that meant going down the byline or cutting in on his favoured right-foot. 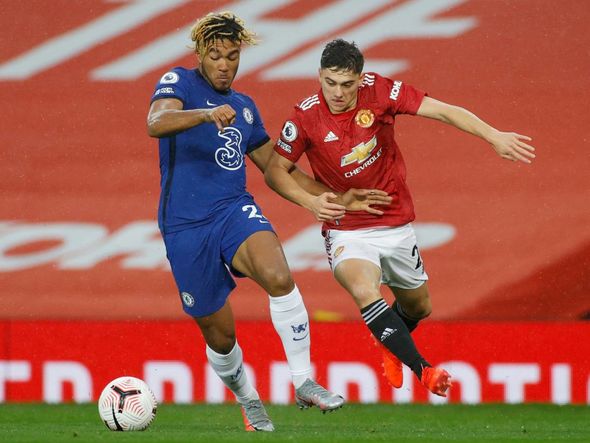 The result was James was largely sidelined and it did not take long for fans to get on his case on social media.

Rewind one season, the young winger had made the move to Old Trafford and was in dreamland – making his debut against Chelsea, who had a fresh-faced Lampard in the dugout.

United ran out 4-0 winners with James scoring on his debut – a moment he would not have even thought possible when at Swansea.

But here in the present, the 22-year-old has been blamed for the lack of attacking flair in the final third – a harsh assessment for a player who has been elevated to key man.

James joined as Solskjaer’s first-ever signing and was earmarked as a decent squad member but he ended up playing 46 times last season.

He is suffering from the added expectations of being a first-team regular at United, combined with a manager utilising him wrongly – a recipe for disaster.

Leeds United were interested in the Welshman on loan and, in retrospect, that may have been the ideal situation – away from the limelight, learning from an established coach in Marcelo Bielsa in an exciting side.

Instead, the quagmire of negativity that is United remains James’ home, bodged together by poor tactics and lofty standards – and the fact he is not Jadon Sancho seems to have ired some supporters beyond reason.