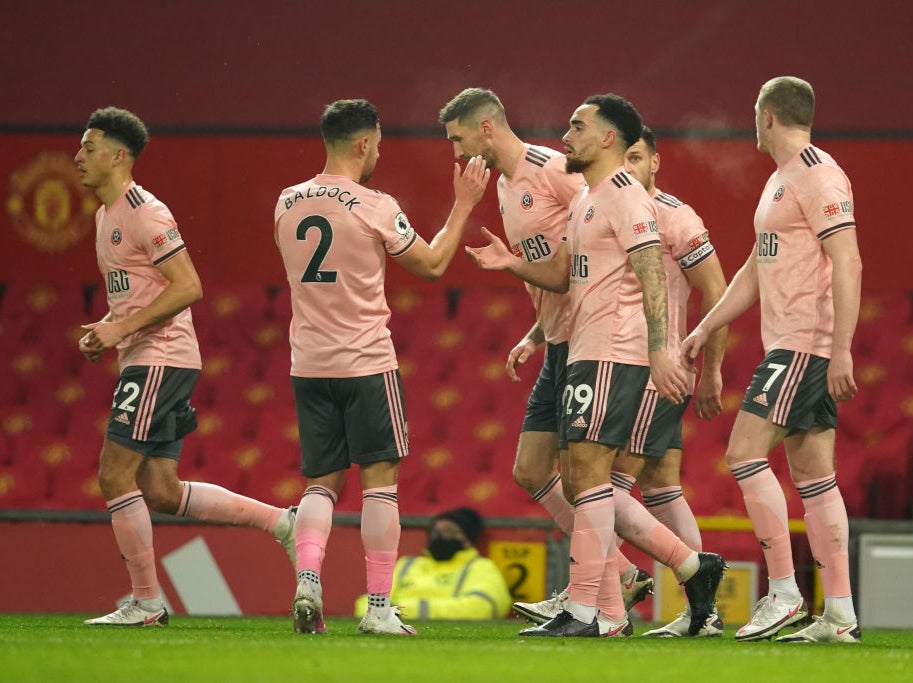 Kean Bryan opened the scoring for the Blades

Harry Maguire’s second-half header restored parity but even a point would have flattered United’s dismal showing. Even with Bruno Fernandes off-colour, a misfiring front three and a couple of contentious refereeing decisions going against them, Solskjaer’s side should have had enough to overcome opponents who had made the worst-ever start to a English top-flight campaign.

In the reverse fixture at Bramall Lane before Christmas, Wilder’s side played a recklessly high line and were punished by the range of Paul Pogba’s passing. This time around, they cottoned on that by showing a little more discipline, you can even afford to build your backline around a 38-year-old Phil Jagielka.

This more conservative approach allowed the Blades to weather the early storm, which more of light Manchester drizzle in any case. Without Edinson Cavani, United’s attack was lacking the guile and movement which might pull their opponents out of shape. All three often stood in a static line facing their own goal.

That may not have been such a problem – and only a matter of showing patience – if United were competent at set-pieces. Yet this weakness always gave Sheffield United a chance and Bryan’s goal turned the dynamic of the contest on its head.

De Gea struggles when coming for corners and will rightly shoulder most of the blame. With a swing and miss, he failed to punch John Fleck’s corner clear. Bryan did not know much about what would be his first Premier League goal until he turned around and saw the ball that had bounced off his head had hit the post and trickled in.

In De Gea’s defence, he was not helped by a calculated shove in the back from Billy Sharp. Was it a foul? Maybe, maybe not. Was it an excuse for De Gea’s lack of authority or conceding at home to top flight’s lowest scorers? No, it was not, and the incident only gained any real relevance once United saw an equaliser disallowed at the other end.

Anthony Martial believed that he had drawn his side level by rolling the ball into an empty net after Aaron Ramsdale dropped a routine catch from a corner, but referee Peter Bankes blew up, judging Maguire to have impeded the Blades goalkeeper while jumping for the ball. 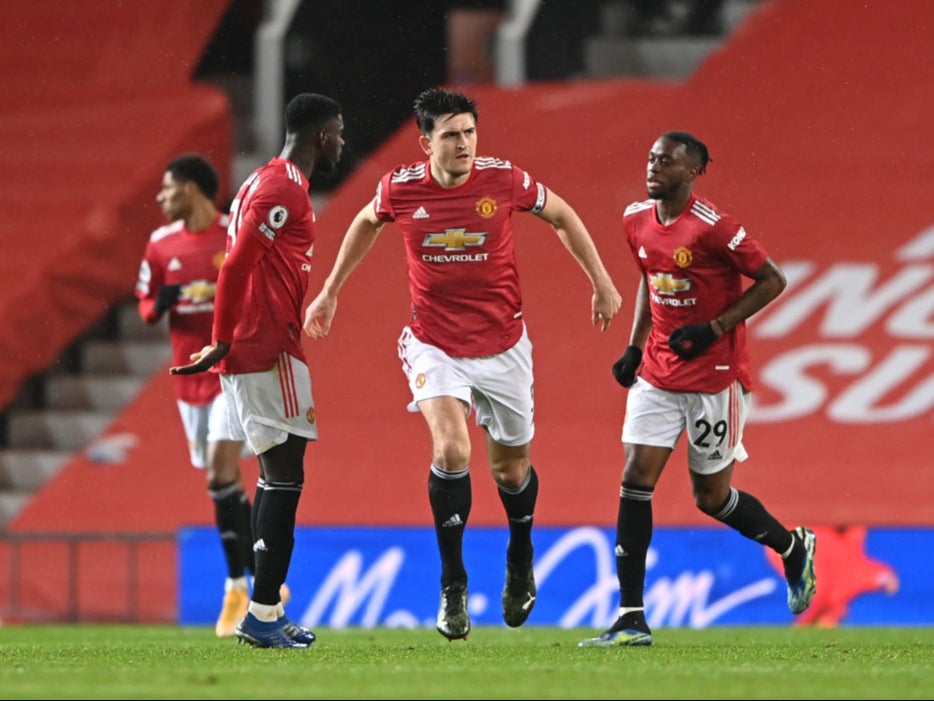 Was it a foul? Again, maybe, maybe not. Was it an excuse to go into the break trailing to a side with only five points at the halfway stage of the season? No, it was not.

Changes were needed, and it was no surprise to see Cavani warming up at the start of the second half, but Solskjaer waited until past the hour mark and United were already level by the time he was introduced. Maguire chose not to celebrate against his boyhood club, despite scoring with a fine, low header – placing Alex Telles’ corner out of Ramsdale’s reach – and being long overdue a set-piece goal.

Yet if the Blades’ defending was stationary for that goal, United’s was statuesque for the next.

When Maguire cut out George Baldock’s cut-back from the byline, De Gea barely cleared the loose ball from the penalty area, playing a limp pass right into the feet of John Lundstram.

Further calamity may have been avoided but three United defenders – Telles, Axel Tuanzebe and Nemanja Matic – stood still as pink shirts flooded the box and probed for the best shooting angle. Burke’s tame first attempt was at least blocked by Tuanzebe. Not to worry, he would be allowed a second. This time Tuanzebe could only deflect the strike off his knee, past De Gea, against the underside of the crossbar and over the line.

A full 14 seconds passed between Maguire’s initial interception and Burke scoring, in which Wilder’s side had free reign of United’s penalty area. This may be a strange season where – as this result proves – almost anything could happen, but that does not seem like the stuff of champions.