Kane injured both of his ankles during Tottenham’s 3-1 defeat by Liverpool on Thursday and subsequently missed their 1-0 loss to Brighton on Sunday.

Kane is awaiting scans to reveal the extent of the damage to his ankles, but Mourinho claims the striker is optimistic that his injuries are not as severe as his previous ones. 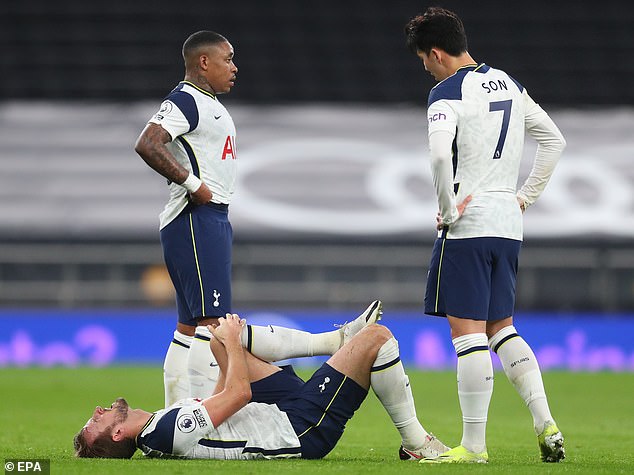 ‘The news is pretty good news,’ Jose said after their loss to Brighton. ‘After Liverpool, no idea. Then the next day, we were thinking about three weeks, something like that.

‘I don’t want to be super-optimistic, but Harry is optimistic, he has the experience of some injuries in his ankles and in Harry’s mind, it’s a couple of weeks, so let’s see if he’s right.’ 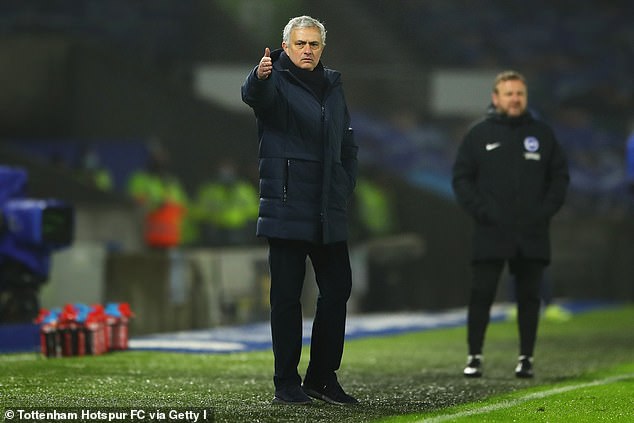 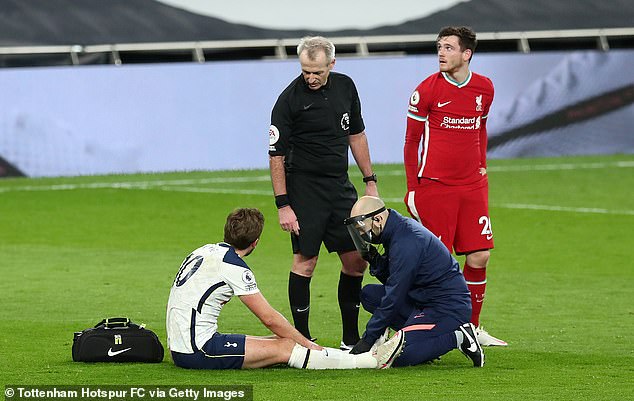 As it stands, Kane has been ruled out of Thursday’s home game against Chelsea and could miss both their Premier League fixture against West Brom and their FA Cup fifth-round tie at Everton.

Kane remains optimistic he will feature against Manchester City on February 13, but should his scans reveal any bone or ligament damage, he could be sidelined for at least six weeks.

That would also threaten his chances of featuring in England’s World Cup qualifiers against San Marino, Albania and Poland in March.