Ousmane Dembele’s latest comments hint that a move to Chelsea is on the cards a lot more than one to Manchester United. Barcelona could lose the Frenchman as contract talks falter while the transfer window prepares to open.

Ousmane Dembele has hinted that he would prefer a transfer to Chelsea over Manchester United in the transfer window.

It comes as contract talks with Barcelona continue to falter amid talk he could leave in the summer.

The France international has had a tough time at the Nou Camp after a series of injuries but has enjoyed a decent spell of late under Ronald Koeman.

However, it might be too little too late for Dembele – whose contract expires in the summer of 2022. 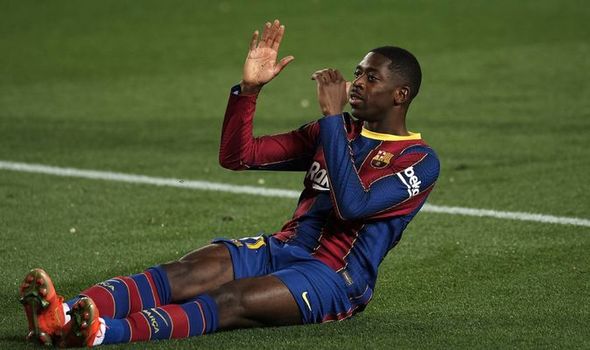 With the club in serious financial trouble, there has been talk that they are ready to sell to bolster their funds.

If that is the plan, there is no chance Barca will recoup the £135m they forked out on the winger back in 2017.

Dembele said: “My future? I still have a year left on my contract. There have been no discussions with the club, I’m happy and I feel good.

“A new president has arrived and I don’t really know him, but he is very close to the players. We’ll see how it goes.”

Premier League clubs have taken an interest, with Chelsea and United among them.

But Dembele also went on to state that his favourite coach is Thomas Tuchel, who is currently at the Blues.

“[Pierre-Emerick] Aubameyang is the person that I’ve loved being with most in football,” he said. 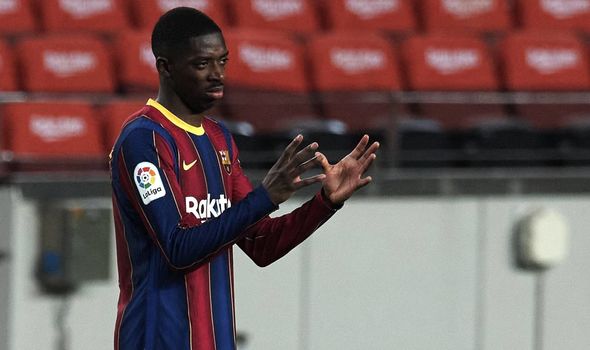 “[Thomas] Tuchel is my favourite coach.”

Dembele was speaking about his time at Borussia Dortmund, where he first caught the eye of the elite European clubs under Tuchel.

Whether Barcelona sell up remains to be seen as they still battle to keep hold of Lionel Messi, who is out of contract at the end of the season.