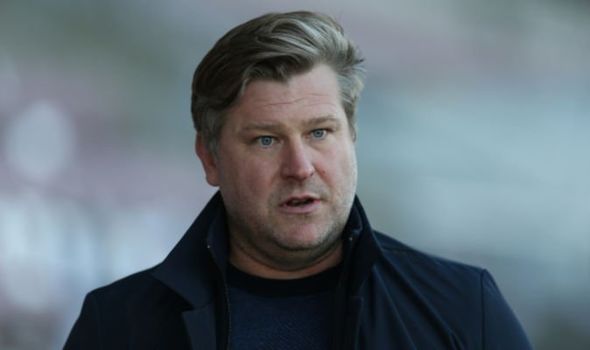 Oxford United boss Karl Robinson says he called the police after his goalkeeper was allegedy headbutted during a half-time brawl against Sunderland. The U’s took the lead at the Stadium of Light through James Henry’s 21st-minute strike.

Sunderland leveled on the stroke of half-time before visiting manager Robinson was sent off at the break.

And Robinson was fuming with that referee Trevor Kettle had not spotted the apparent headbutt.

“We’re waiting for the police to come,” Robinson revealed after the match. “My goalkeeper [Jack Stevens] was headbutted at half-time.

“It’s not right of me to give names.

“There will obviously be an investigation by the FA and they’ll want to bring my players and staff into it.”

He added: “There was a bit of a melee.

“Something was said and Jack’s walked behind somebody, he’s just turned around, grabbed him and headbutted him.

“We’ll be waiting to see where this goes from here legally.”