Manchester United legend Patrice Evra was furious after watching his former side get thrashed by Tottenham after they were beaten 6-1 at Old Trafford. Jose Mourinho exacted revenge on his old side while the swirling cloud of negativity around the Red Devils continues to grow. Many fans have directed their fury towards United’s board and Evra admitted he wanted to slap some people at the club.

Evra vented extreme fury at his former club after United lost 6-1 to Tottenham at Old Trafford – their biggest home defeat in nine years.

The Frenchman was in the Sky Sports studio and was left gobsmacked after the Red Devils put in one of their worst performances of all time in the Premier League.

He took aim at Harry Maguire, who made several mistakes at the back, after United went into the second-half 4-1 down.

He said: “Alexis Sanchez made a comment when he signed for United, in his first training session he asked his agent to end his contract. That’s what I am going to ask Sky. 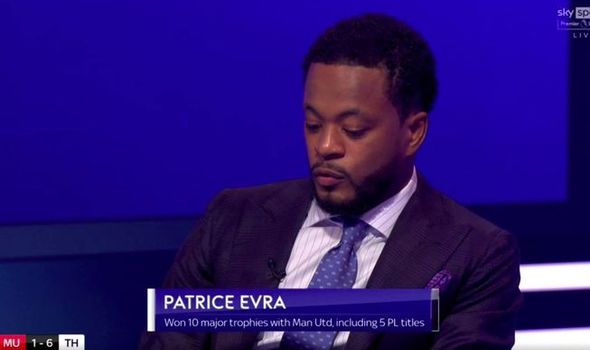 “I really would like to end my contract with Sky. It is my second game, I’m a positive person and I never wanted to talk about United because when you tell the truth it can hurt.

“I am passionate and I love my club.

“I know you have to have some filter when you talk on TV but it is a shambles. Gary Neville I heard him say captain Harry Maguire needs a holiday. We always hear about pairing him with someone. But what about taking him out of the squad?

“I don’t want to start to criticise players. I am someone who’s been there. I make many comments about the board but tonight no one has any excuse.

“That’s why right now I prefer to do another game than a United game.”

When asked what he expects from United: “Nothing. To be honest I feel sad.

“Also for the manager but after we start to talk it’s the manager who will be the next one. But what about the board? 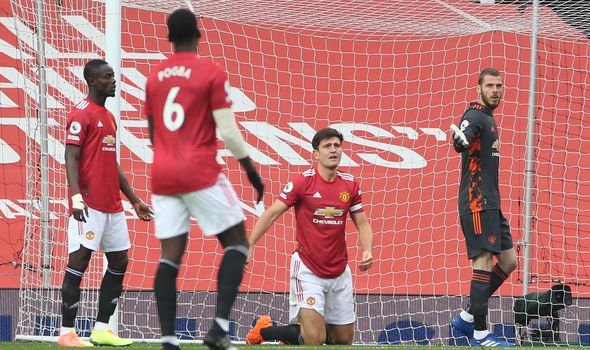 “How many years since Ferguson left? How many managers have been sacked? So that’s the solution. Every year now we’re going to talk about Ole’s not that man. Maybe he’s not. Maybe he is. We don’t know.

“He wants players like Sancho but they don’t go for the right price. It’s like when you buy a car. I know the price but I say I’m bidding less. But what’s going on with my club?

“What’s going on today? I’m really emotional. It’s really difficult to break a man like me. I’m a really positive person but I don’t promote the violence but many people need a good slap right now.

“That’s what I would do right now.”