‘That was Arsenal’s season in 90 minutes’: Paul Merson labels Gunners’ start at West Ham ‘unacceptable’ after they went 3-0 down before coming back to draw… and insists ’45-minute football’ won’t get them back into the Champions League

Jesse Lingard, Jarrod Bowen and Tomas Soucek profited from diabolical defending to give the hosts a 3-0 lead after 32 minutes, before Arsenal fought back to draw 3-3 via own goals from Soucek and Craig Dawson, and an Alexandre Lacazette header.

Mikel Arteta’s side played with much more vigour and intensity after the break, which Merson felt they should have done from the first whistle. 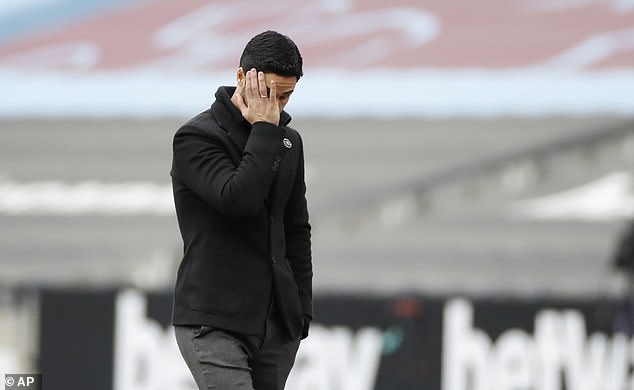 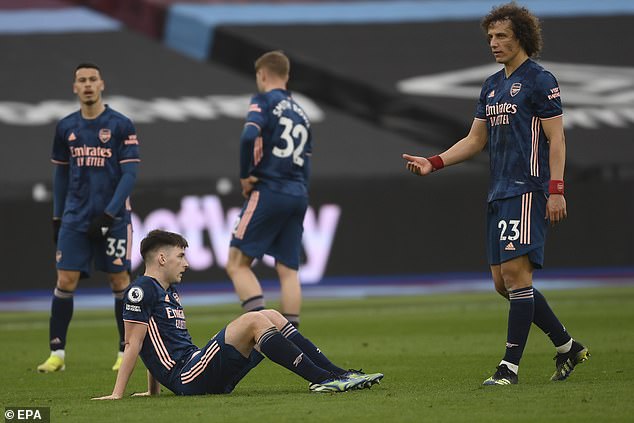 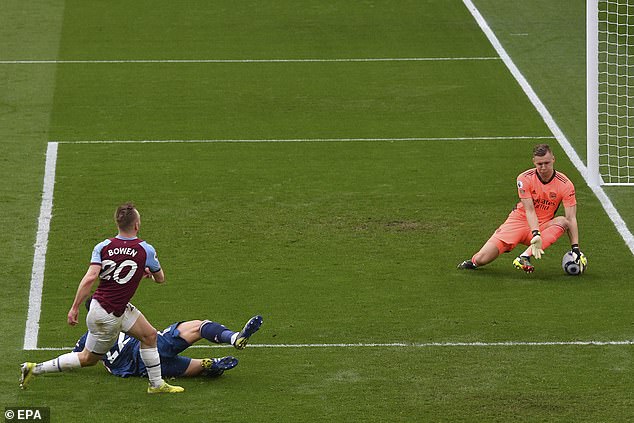 The Gunners totally switched off before a quick free-kick, leading to Bowen’s near post goal

And the former Gunners midfielder says playing in the Champions League is a pipe dream if they cannot maintain their performances consistently.

‘They’re so inconsistent. It’s like a rollercoaster, Arteta’s got to sort that out if they want to be successful next season. 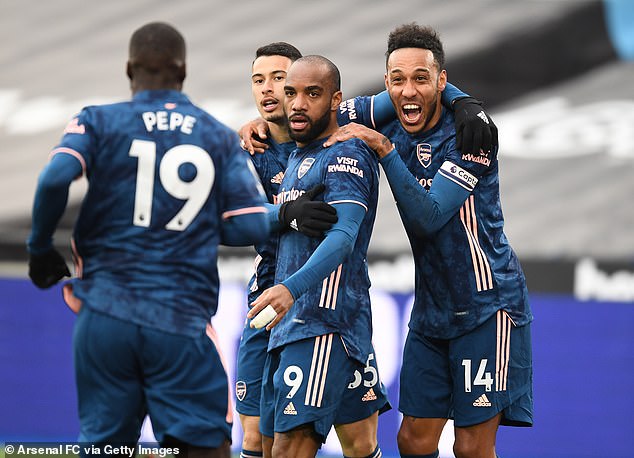 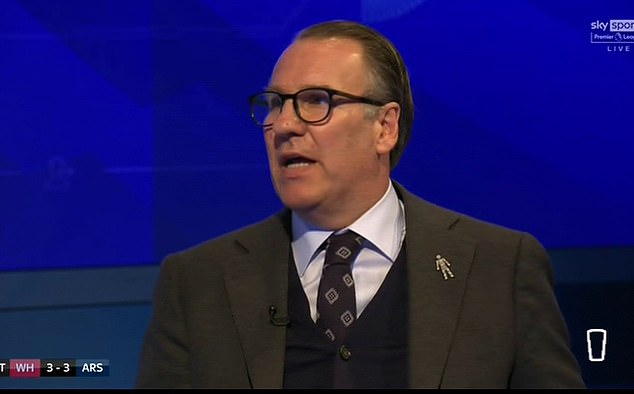 ‘Fair play to them, they showed a lot of spirit to come back, but it’s the consistency – if they want to finish in the Champions League places they can’t play 45-minute football.’