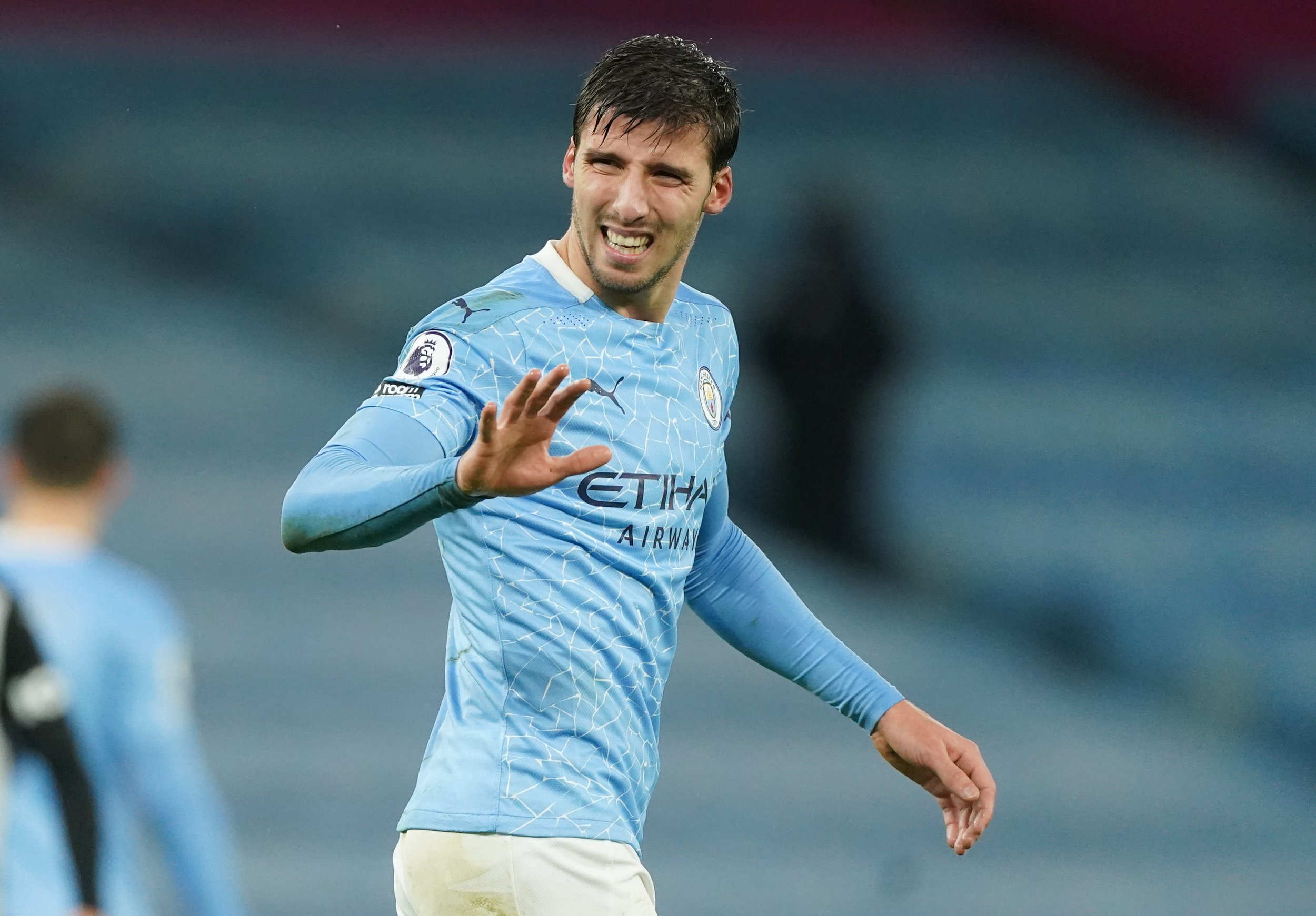 Paul Merson believes Ruben Dias is already gaining a reputation akin to Liverpool superstar Virgil van Dijk, such have been his performances since arriving at Manchester City in the summer.

The 23-year-old was signed for around £62m from Benfica last year and has been an instant hit. credited for City’s substantial improvement in defence this season so far.

Pep Guardiola’s side has conceded just 15 goals in 24 Premier League games so far this season and the partnership of Dias and a resurgent John Stones in central defence has been crucial to that.

Dias has been the dominant half of the partnership and Merson feels he is taking on the role that Van Dijk plays at Liverpool, when fit.

The Portugal international has already made forwards afraid of him, with his presence causing strikers to change their decisions when they see him.

‘Ruben Dias is starting to get a reputation like Virgil van Dijk – players are scared to take him on,’ Merson told the Daily Star.

‘I wasn’t sure about him at first, coming in from Portugal where the league is nowhere near as strong.

‘I wondered if he was going to be good enough because they didn’t have to fight off five or six teams to sign him, did they? But wow what a signing. He has been absolutely phenomenal and he is starting to remind me of Van Dijk now.

‘Both players have the same fear factor about them. I see players looking up on a dribble and thinking: ‘Oh I can’t beat HIM…’

‘Even when City played Liverpool. Mo Salah did it. He only had to beat Dias one on one and he was away. But he didn’t fancy it.

‘City’s Achilles heel was always that they couldn’t defend. But Dias has come in, John Stones has cut out the mistakes, and suddenly they don’t let goals in.’

Stones has praised the impact of Dias, but also believes the improvement at the back is down to the hard work in training rather than just the new arrival.

‘I think it is the work we do on the training pitch,’ Stones told the official Manchester City website.

‘The other day I played with Aymeric [Laporte] and we got a clean sheet, that is down to the work we do on the training pitch.

‘We are always working with different partners, so we know if the manager chooses to play with a certain player.

‘It is credit to the management staff for doing that and how we train. Credit to Ruben who has come in after his first season and had such a big impact.

‘It is difficult to say why it has clicked and maybe it is a good thing that we can’t put our finger on it. I just hope it continues whoever we play with.

‘If we can keep getting these clean sheets then I am sure we will be very happy at the end of the season.’