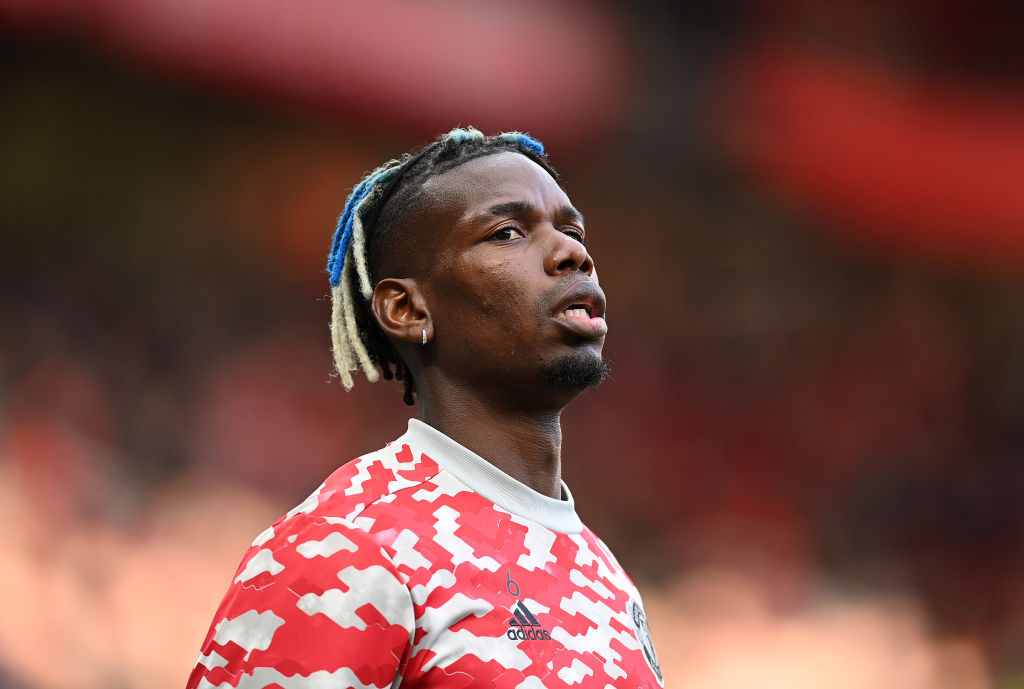 United are still reeling after Sunday’s devastating 5-0 defeat at home to arch-rivals Liverpool with Solskjaer’s position at the club under serious threat.

Pogba was left out of the starting XI that afternoon, coming off the bench at half-time with his side already 4-0 down. Just 15 minutes into the second period however, the France international was sent off after a lunge on Naby Keita.

The Sun have claimed Pogba apologised to his teammates for his mistake – but did not speak to Solskjaer in the dressing room.

The report also added the 28-year-old has put new contract talks on hold once again, with his current deal set to expire in the summer.

In a more detailed response on Instagram, Pogba launched a withering attack on the article, insisting the only reason he was responding to it was was out of respect for his ‘coach, club and fans’.

‘Big lies to make headlines. Journalists who use my name to be seen when there is nothing to see.

‘The only reason I address this b.s is out of respect to my coach, club and fans to send a clear message: the less you read these people the better you are, they have no shame and will say just anything with no basis AT ALL.

Latest reports suggests Solskjaer will remain in charge for United’s next game which is away to Tottenham on Saturday evening.

United then face a trip to Atalanta for a fixture that could play a pivotal role in whether the club qualify for the knockout stages of the Champions League.

United then take on neighbours Manchester City where another result like the one against Liverpool could prove decisive.