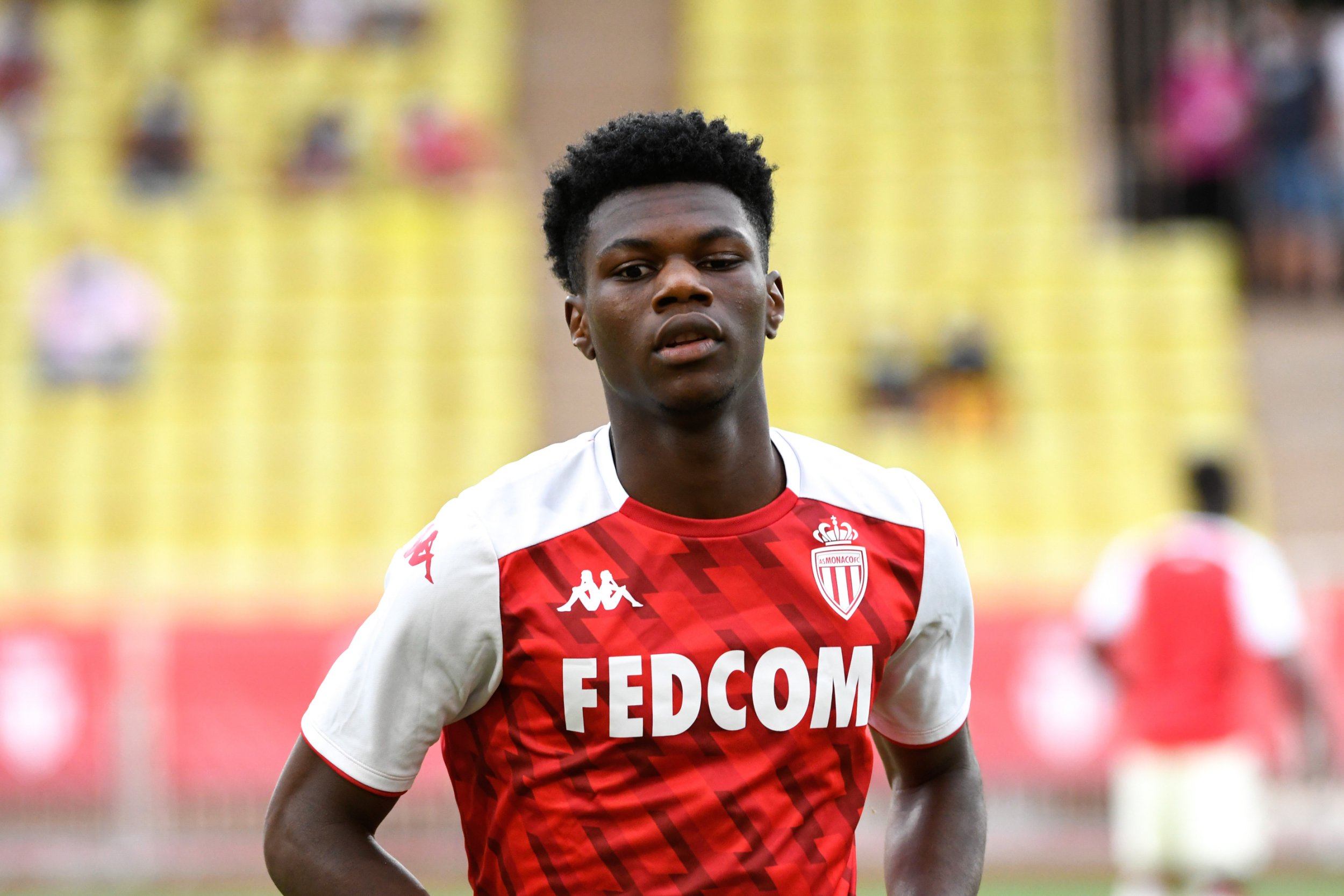 Last week, the 21-year-old made his senior debut for France’s national team and has featured in all three of his nation’s games during the international break.

Tchouameni is one of the most highly rated young midfielders in Europe and has attracted interest from several clubs including United, Chelsea and Juventus.

And Pogba, who has been playing alongside the Monaco midfielder with France, says his new teammate has ‘extraordinary technical and physical quality’.

When asked to give his verdict on Tchouameni, Pogba told RTL: ‘Very, very good. He’s not a boy, he’s a man.

‘It’s a pleasure to play next to him. He brings a lot of energy. A lot of energy, extraordinary technical and physical quality.

‘We wish him to play a lot more games and that I am always by his side.’

According to reports last month, United had made an approach to Tchouameni’s representatives as Ole Gunnar Solskjaer was keen to bolster his midfield options.

But United face strong competition from Chelsea, who were also considering a move in the summer window before they completed their loan deal for Atletico Madrid midfielder Saul Niguez.

Tchouameni was signed by Monaco from Bordeaux last year in a deal worth around €20 million (£17m).