Paul Pogba says he is “hungry” return to action after missing most of the season with an ankle problem. The Manchester United midfielder has not played since December 26.

However, he told the United’s official podcast he is eager to return to training when the season resumes after the coronavirus pandemic.

“I’m almost there; I’m just thinking about training with the team,” said the 27-year-old.

He added: “You think bad but I’ve never had something like this in my career, so I always take it in a good way.

“It makes me more hungry to come back and do well. 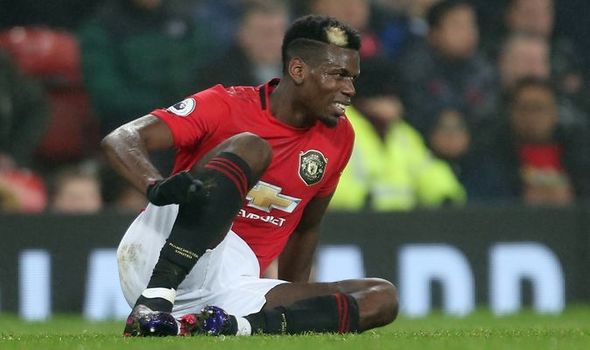 “It just shows me how much I love football.”

Pogba has made 143 appearances for United since returning from Juventus in 2016.

Here, Express Sport looks at the timeline of his injuries.

Pogba has also opened up on his most recent injury.

“I don’t know if people really know what happened,” he told the United Podcast.

“So I had a foot injury, which came in the game against Southampton [on 31 August]. It was early this season and so I carried this for a long time, training and trying to be playing with it. After I stopped, I found I had a fracture.

“I had a cast on it, a plaster cast, so it went very well but too well. The bone got bigger and so, when I came back again, I played those two games against Watford and Newcastle [in December], I could feel something again.

“So I had to have an operation and now here I am. I don’t feel anything and, hopefully, I’ll be back very soon.”