Real Madrid are back in the race to sign Paul Pogba on a free transfer when his contract at Manchester United expires at the end of the season.

That’s according to Spanish publication AS, who report on Wednesday that Pogba has returned to Madrid’s radar ‘with force’ and that Madrid have been sounding out the France midfielder’s situation for several weeks.

The report adds that Pogba’s potential arrival in the Spanish capital would help further convince his France compatriot Kylian Mbappe to leave Paris Saint-Germain for Madrid next summer as well. 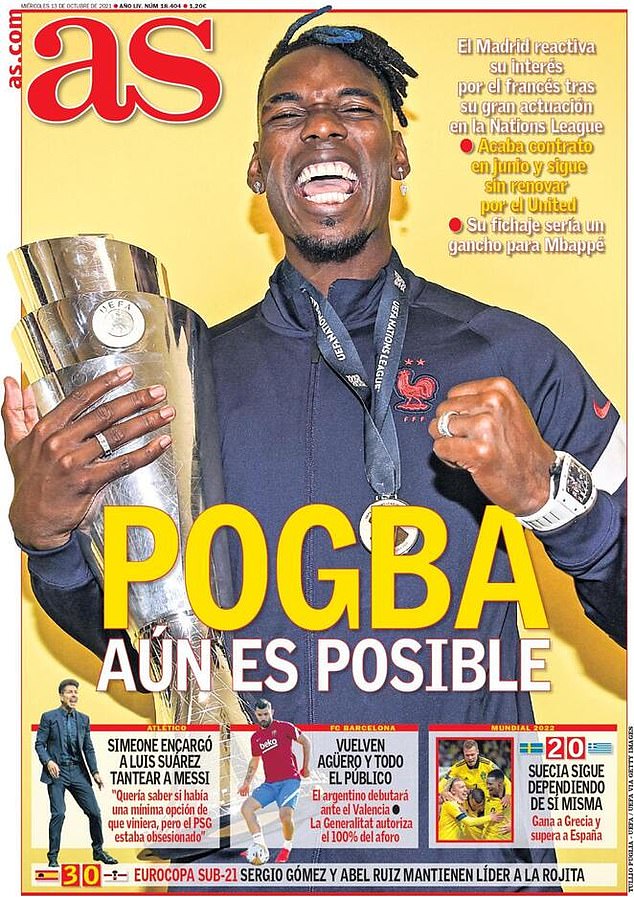 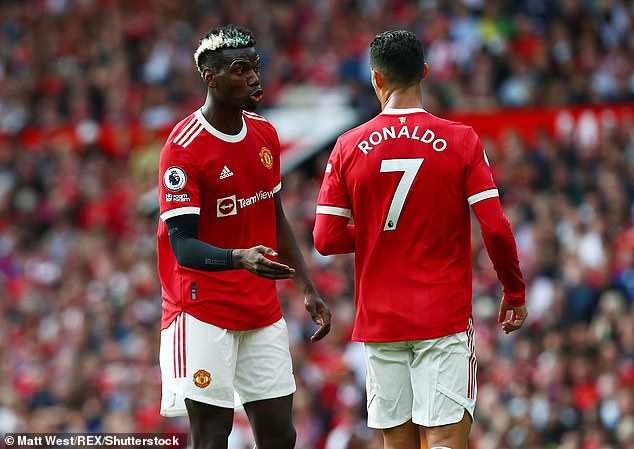 Mbappe, like Pogba, is available on a free transfer next year and Madrid have had to be frugal in the transfer window as they count the cost of the Covid-19 pandemic.

But AS say that with Pogba’s arrival, if it were to happen, being for free Madrid can accommodate his wages with a similar £12.8m annual deal to what was used to sign defender David Alaba after his contract ran out at Bayern Munich.

Pogba has been linked with Real in seasons gone by but amid what appears to be a stand-off with United over an extension, Red Devils fans will be concerned that this time Pogba really could be in the final throes of his second stint at Old Trafford.

‘As I’ve said all the time, Paul is a top player and the talks between the club and his representatives, which I am not involved in, continue,’ Solskjaer explained.

‘But he knows how much I care about him and we want him to play well.’ 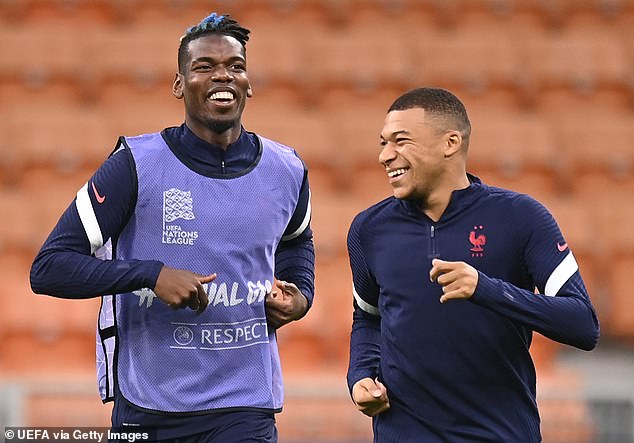 Pogba has impressed on international duty of late for France as they won the Nations League for the first time with a comeback 2-1 win against Spain.

The 28-year-old enjoyed a strong start to the season with United as well, most notably for laying on seven assists in seven Premier League appearances so far.

United have endured a wobble in form lately, losing and drawing their last two Premier League matches as well as a defeat by Young Boys in the Champions League and crashing out of the League Cup.

They are fourth in the Premier League standings, two points behind leaders Chelsea and are away to Leicester this weekend.