‘I see him returning to Juventus… he loves the club’: Bacary Sagna believes Manchester United star Paul Pogba will snub ‘old’ Real Madrid in favour of linking up with Cristiano Ronaldo at ‘the club that made him shine’

Manchester United midfielder Paul Pogba is more likely to join Juventus than Real Madrid this summer due to his love for his former side and the allure of playing with Cristiano Ronaldo, according to Bacary Sagna.

The Frenchman has been heavily linked with the exit door at Old Trafford, with his agent fuelling the fire of his impending move away, and it is thought he could be eyeing up a return to the Serie A giants.

Last summer there was speculation that Madrid boss Zinedine Zidane was desperate to bring Pogba to the Bernabeu, although a deal was never put forward and the 27-year-old stayed put – only to see his season blighted by injuries. 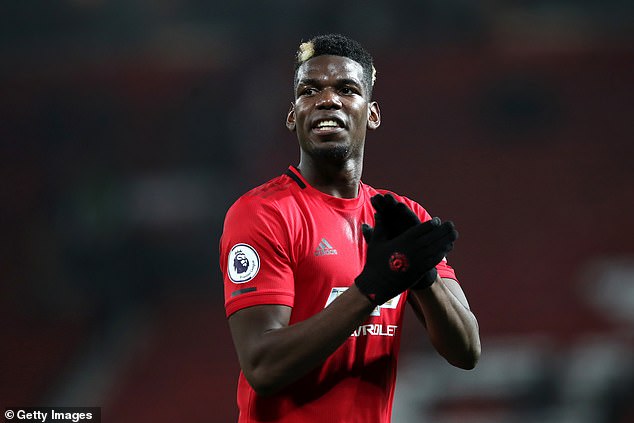 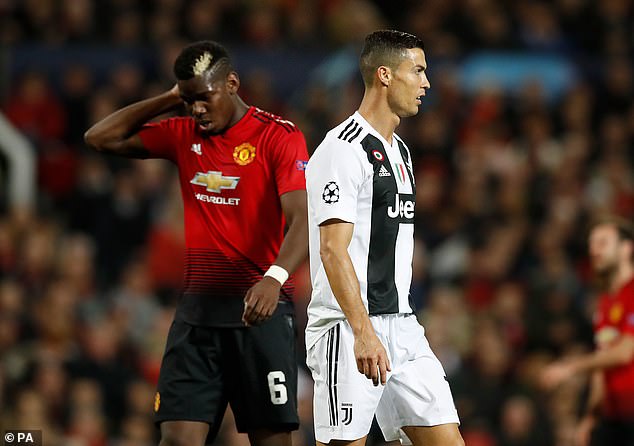 And with his future at United looking increasingly hazy, his countryman and former Arsenal star Sagna said Turin appears to be a more likely destination. The World Cup winner played the best football of his career at the club and would be tempted by the prospect of playing alongside Ronaldo, he added.

‘I see more Paul returning to Juventus because Cristiano [Ronaldo] is there and because Juventus is the club that made him shine,’ Sagna told Goal.

‘He loves the club, he already knows it.’ 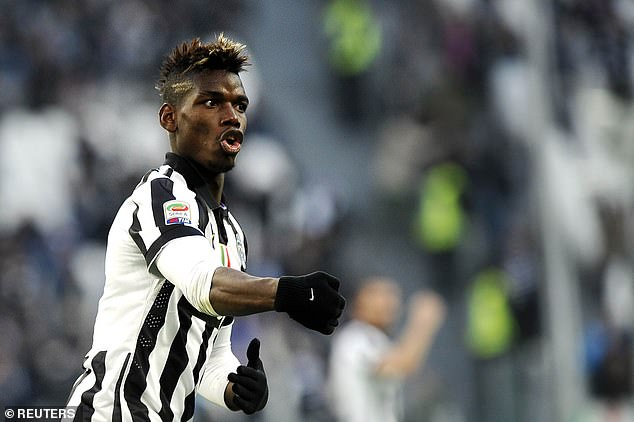 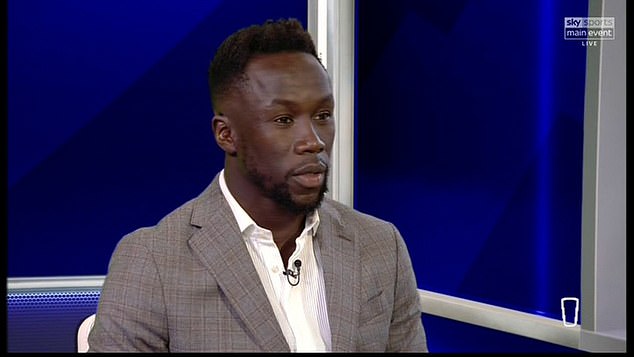 Madrid have still been in the frame for Pogba, but Sagna said he might now be put off by a move to the Spanish capital, with the 13-time Champions League winners dropping off slightly in the last couple of seasons and now possessing an ageing squad.

On the other hand, Juventus have been adding more quality to their team and have a brighter future, he added.

‘It will be tricky for him to go to Madrid now because Madrid are not doing so well and there would be big expectation on him and the Madrid team is getting old.

‘Juve have bought some players like Ramsey and Cristiano. OK Cristiano is not young anymore, but he plays like a young boy and they still have a young team.

‘If you think about the next two or three years, I think Juve has bigger potential than Madrid.’

The situation surrounding Pogba has becoming increasingly more tense as United face the possibility of losing their club-record signing. They have been angered by his agent Mino Raiola, who has continued to make comments about the player’s wish to leave.

‘Everyone within the club [United] from the manager to the owner knows Paul’s wishes,’ he said last year. ‘Everyone knows the willingness of Paul to move on. Everyone knows what the feelings of Paul are.’

The super agent further risked the wrath of the club after responding to manager Ole Gunnar Solskjaer’s comments that Pogba was ‘our player, not Mino’s’. 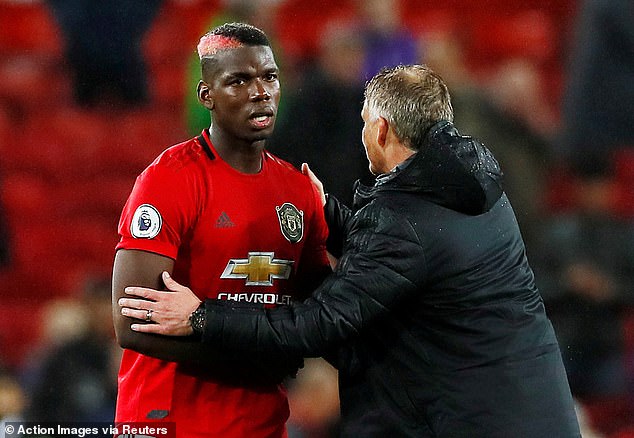 ‘Paul is not mine and for sure not Solskjaer’s property, Paul is Paul Pogba’s,’ he said.

‘Before Solskjaer makes comments about things I say he should inform himself better about the content of what has been said.’

Pogba played for Juventus between 2012 and 2016 after leaving United as a teenager. He won four Serie A titles during his time in Italy as well as two Coppa Italias, with his displays earning a reputation as one of the world’s best midfielders.

But since returning to Old Trafford for £90million, he has been unable to recreate that form amid increasing pressure on him to succeed.