Pep Guardiola has pointed to the growing influence of Gabriel Jesus both on and off the pitch as Manchester City continue to fight on four trophy fronts.

Jesus has not been an automatic starter in the Premier League this season, even in the absence of Sergio Aguero through injury and illness.

But the Brazil striker has been in fine form and scored his fourth goal in as many starts as Guardiola’s side reached the quarter-finals of the FA Cup with a 3-1 win at Swansea on Wednesday.

It was Jesus’ eighth goal of the season and made this the 23-year-old’s best run since scoring in seven straight starts between April and October 2019.

Guardiola, who had dropped Jesus to the bench for Sunday’s 4-1 Premier League win at Liverpool, said: “It does a lot for his confidence. He could have scored more but he played really, really well. 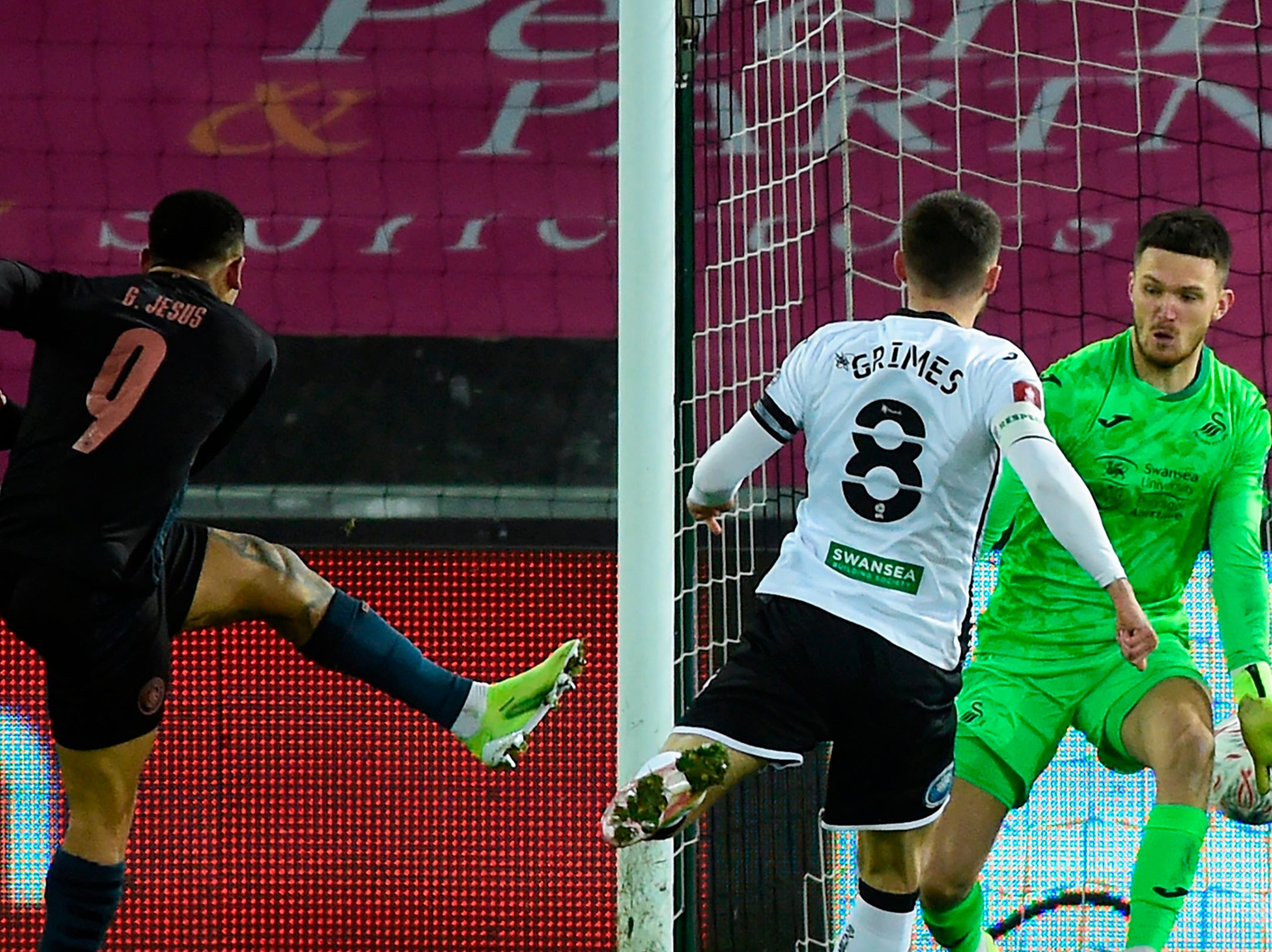 “When he plays, he always plays good. It’s important for strikers to score. He was brilliant, really brilliant.”

City’s 15th consecutive victory in all competitions set a new record by an English top-flight club, eclipsing the previous mark held by the Preston side of 1891-92 and Arsenal in 1987.

The Carabao Cup finalists return to Premier League action at home to Tottenham on Saturday and then visit Everton and Arsenal before their Champions League campaign resumes against Borussia Monchengladbach.

Ruben Dias and Fernandinho missed the trip to south Wales, while Rodri limped off during the final quarter at Swansea. The trio will be assessed ahead of the Spurs game.

“I didn’t speak with him but the doctor didn’t tell me anything,” Guardiola said of Rodri’s condition. “Hopefully, he will be fit. We will see in the next hours.

“He’s playing really well, like the last few weeks. His presence, his personality. He has (played well) all season, I would say.”