‘This is Anfield… all game was play on except the goal we scored’: Pep Guardiola not happy with decision to disallow Phil Foden’s strike after VAR intervened following Erling Haaland’s foul on Fabinho

Manchester City boss Pep Guardiola expressed his anger and frustration at seeing Phil Foden’s second half effort against Liverpool chalked off by a VAR intervention.

Foden thought he had given City the lead early on in a pulsating second period at Anfield only to see referee Anthony Taylor go to the monitor and adjudge Erling Haaland to have fouled Fabinho in the build up.

Speaking after the game, a clearly furious Guardiola appeared to blame the officials for his side’s defeat.

‘This is Anfield. The referee spoke with my assistants and said he’s not going to make fouls unless they’re clear, all game was play on play on play on,’ he said. ‘Except the goal, we scored and after it’s not play on.’ 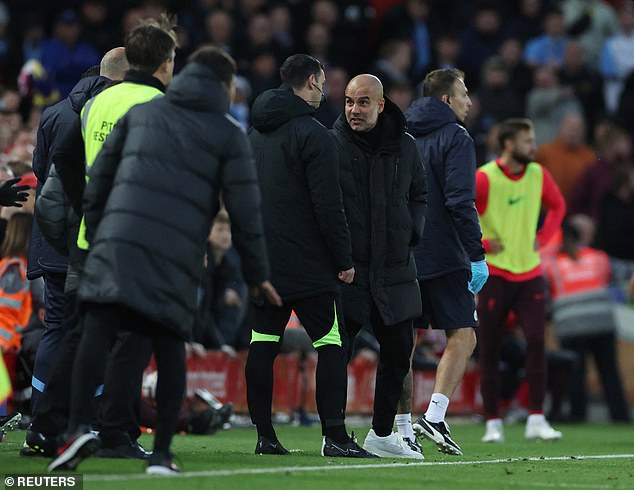