The Professional Footballers’ Association has threatened to serve the English Football League with another arbitration over squad size limits for the 2021/22 campaign in an open letter to all EFL clubs and players.

In February, an independent panel unanimously confirmed that the introduction of a salary cap without agreement from the Premier League, the FA and the PFA was in breach of the legally binding Professional Football Negotiating and Consultative Committee (PFNCC) constitution and it was subsequently withdrawn.

In addition to the now withdrawn salary cap, a squad limit size was implemented and is set to limit teams in League One and League Two next season to only 20 players.

While the Championship clubs will be able to select 25 players for their 46-game campaign, it will be a smaller number for sides in the bottom two tiers of the EFL.

The PFA sent their open letter to the EFL, their clubs and players on Wednesday, which read: “Following the logic of the panel’s decision in the salary caps case, the PFA expected the EFL to remove the squad size limits (25 for the Championship, and as from next season, 20 for Leagues One and Two) because these limits were also introduced without consultation or the agreement required from the members of the PFNCC.

“Unfortunately, the EFL is refusing to withdraw the squad size limits. Frustrating as this is, unless another solution can be found, the PFA must now therefore consider commencing a further arbitration claim and/or bringing other legal claims.

“This would cause a further needless waste of legal costs, money that ultimately the clubs themselves have to pay if the EFL is again unsuccessful.” 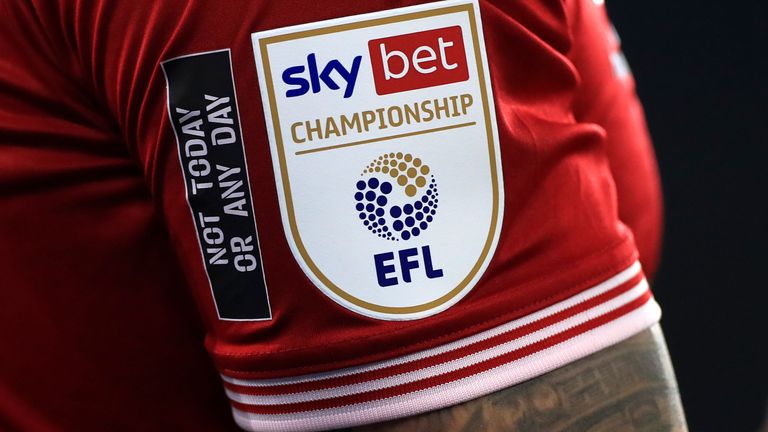 A proposed temporary solution by the PFA would be for a limit of 25 players across all EFL leagues pending further discussions.

Given the amount of games played throughout the EFL, a squad size limit of 20 in League One and Two is believed to increase the risk of injury to players, while those clubs relegated from the Championship could have to honour multi-year contracts to squad members who may not play due to reduced squad sizes.

The PFA has urged clubs to request a vote on the PFA’s proposal under Article 10 of the Articles of Association of the EFL as an alternative to another arbitration through PFNCC.

“To avoid further legal costs and uncertainty for next season, the PFA has proposed to the EFL a temporary limit of 25 players across all EFL leagues, pending a proper discussion of the underlying issues and the best way to resolve them,” the open letter continued.

“The EFL has rejected our proposal but we believe there exists a majority of clubs in the EFL that would prefer to have stability and certainty for next season instead of suffering the inevitable uncertainty that another challenge through arbitration or the courts brings.”

Oxford defender John Mousinho, who is part of the PFA’s management committee, is set to help host an open discussion about squad size limits in the near future.

The PFA letter added: “We trust that clubs and players alike see that the PFA intends to be part of the longer-term solution to current challenges. The PFA is certainly not the problem.

“Our door always remains open for those who wish to discuss a fair and appropriate way forward, in the same way that we never objected to squad size limits for the Premier League, or financial controls for clubs in lower leagues in the form of SCMP (Salary Cost Management Protocol).”