Kalvin Phillips is the latest person to sing the praises of England team-mate Jude Bellingham, saying ‘the sky’s the limit’ for the 17-year-old prodigy.

Bellingham has seen a meteoric rise in his fledgling football career. Just under a year ago he moved from Birmingham, where he was the club’s youngest ever player, to Borussia Dortmund.

After an impressive 46 appearances for the German club, which has included Champions League football, Bellingham has forced his way into Gareth Southgate’s squad for Euro 2020. 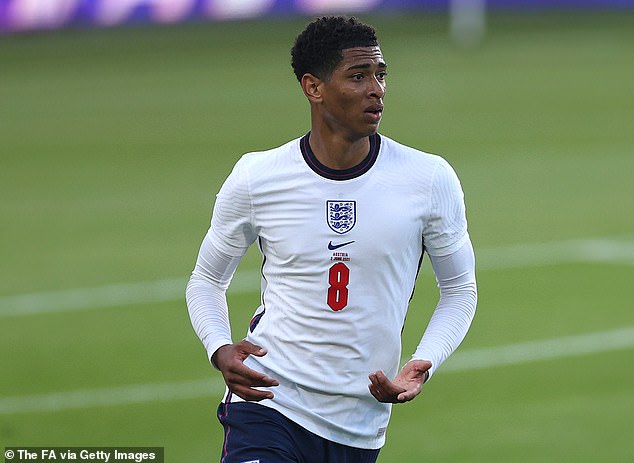 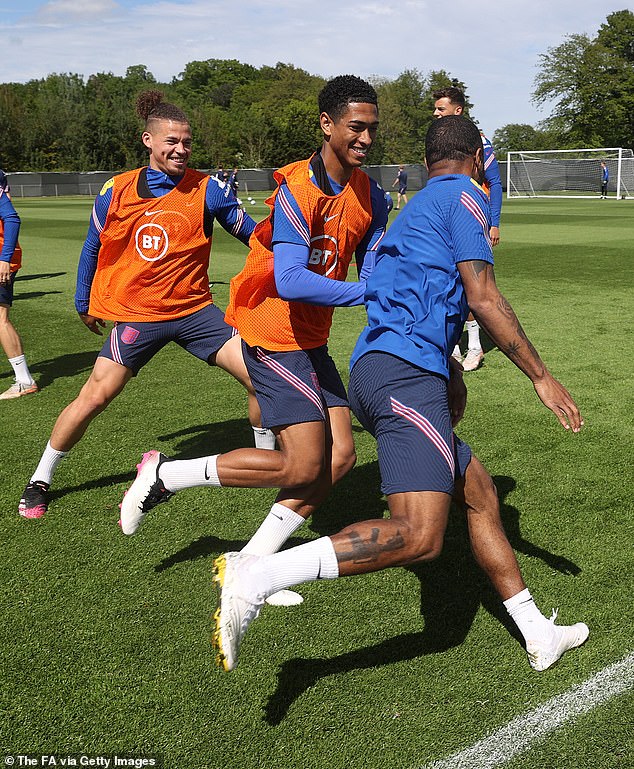 Phillips (left) said ‘the sky’s the limit’ for Bellingham (centre), who has had a stunning rise

Phillips is a big fan and hailed Bellingham as a potential world-beater.

‘I’ve definitely not (seen) a 17-year-old that is as talented as what he is,’ Phillips told talkSPORT.

Phillips and Bellingham will likely be fighting it out for a spot in Southgate’s starting 11 should Jordan Henderson not be available for England’s Euro 2020 opener against Croatia.

The Leeds midfielder also highlighted Bellingham’s maturity and ability despite his age, and how he has taken his rapid progress in his stride. 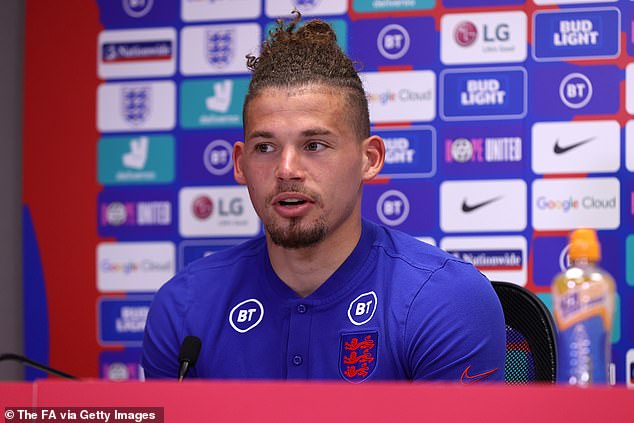 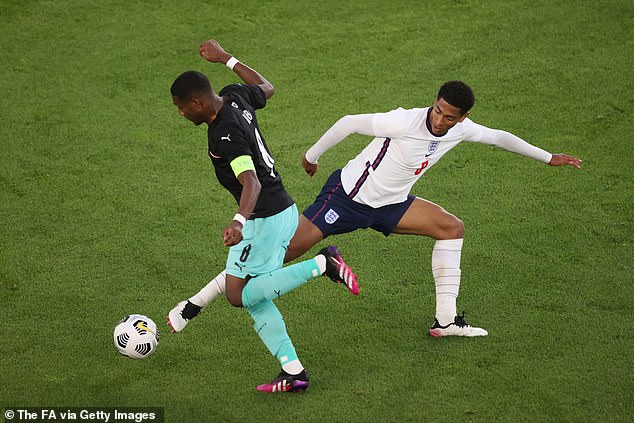 ‘You look at him and you can’t quite believe that he’s 17 years old, you can’t believe because he’s so big, he’s so strong, so powerful.

‘He’s a very nice lad as well so it’s nice to rub shoulders with a young lad who is doing so well and now the sky’s the limit for him.’