PLAYER RATINGS: Jorginho was massively influential for Chelsea and looked at home in an illustrious midfield area… but Real Madrid full-back Marcelo was way off the pace on a night to forget

It’s advantage Chelsea in their Champions League semi-final against Real Madrid after clinching a 1-1 draw in Spain on Tuesday night.

Christian Pulisic put Chelsea ahead, snatching a vital away goal with a cool finish before Karim Benzema equalised with a powerful volley.

Sportsmail’s Sami Mokbel rates how the players on both sides fared on a rainy evening in Spain. 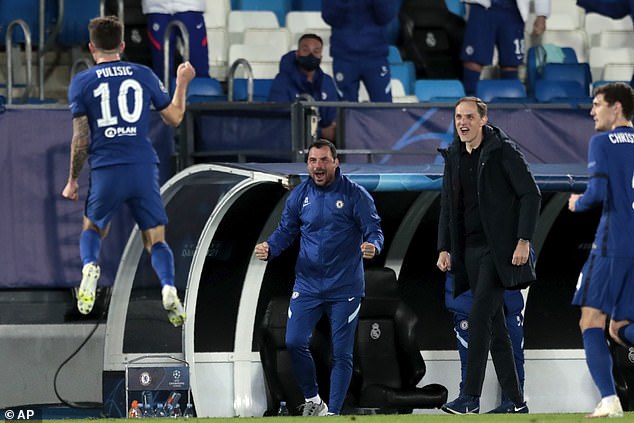 Eder Militao – Looked like a rabbit caught in the headlights as Chelsea came out with all guns blazing – but played a role in his side’s leveller. 6.5

Raphael Varane – One of the world’s best central defenders but he looked anything but as Chelsea ran Madrid’s rearguard ragged. 6

Nacho – Took a while to adapt to the change of system and looked startled by Chelsea’s pace but eventually settled into the game. 6

Luka Modric – Chelsea didn’t give the brilliant Croatian a second to breath in the engine room. Just as well. 6.5 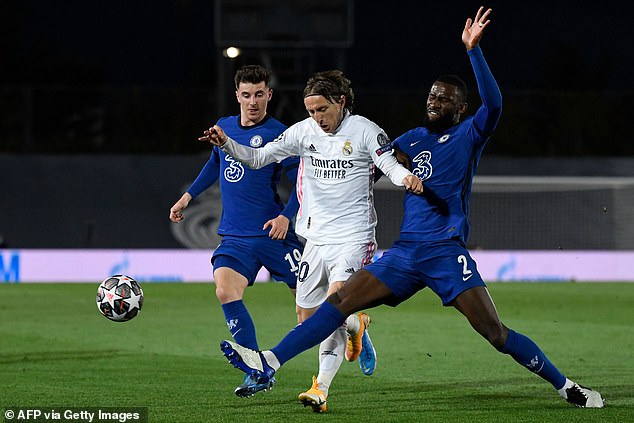 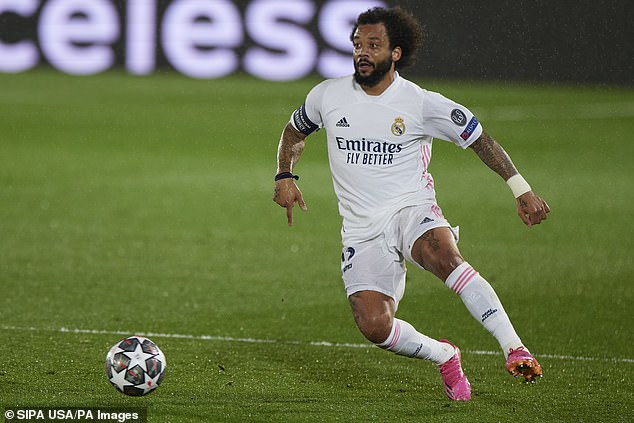 It was a bad night for Marcelo, who was Madrid’s least inspiring performer against Chelsea

Casemiro – Immense at Anfield in the quarter-final but took a little while to settle down here as Chelsea asserted themselves. 6

Toni Kroos – Unsurprisingly saw more of the ball than any Real player, but Chelsea didn’t give him time to have his usual impact. Booked. 6.5

Marcelo – Went missing defensively at the start but eventually regained his composure. Not at his excellent best. 5.5

Karim Benzema – Brilliantly equalised for his side against the run of play. A constant threat for the Spaniards. 7

Vinicius Junior – Tried his best to stretch Chelsea, but the Blues defence kept him under control for the most part. Booked. 6 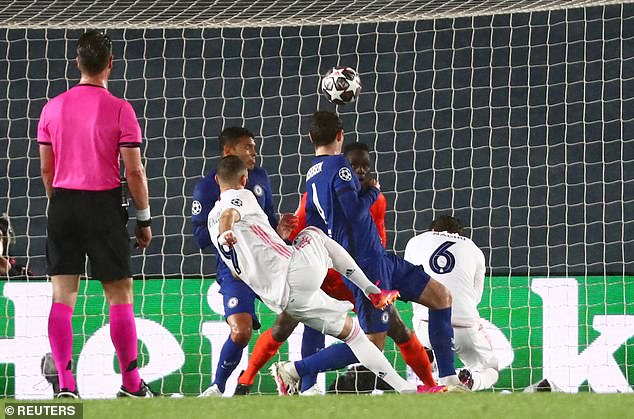 Zinedine Zidane – Will be happy with how his team responded to Chelsea’s blistering start. His decision to change the system didn’t work. 6

Edouard Mendy – Had very little to do apart from pick the ball out of the net as Chelsea threw caution to the wind. 6.5

Andreas Christensen – Lost Benzema for a split second just before the Frenchman’s superb leveller but an otherwise strong night. 6.5

Thiago Silva – Will be disappointed by Benzema’s goal but eased through this match. A calming influence in the heart of Chelsea’s defence. 6.5

Antonio Rudiger – Continued his excellent form since the turn of the year. Set-up Pulisic’s excellent opener. 7

Cesar Azpilicueta – Lost a crucial header to Militao in the lead up to Real’s leveller but was largely dependable in the teeming rain. 6.5

N’Golo Kante – So much energy and quality in central midfield. Superb at both ends of the pitch. 7

Jorginho – Massively influential and looked at home in a congested and illustrious midfield area. Everything went through the Italian. 8 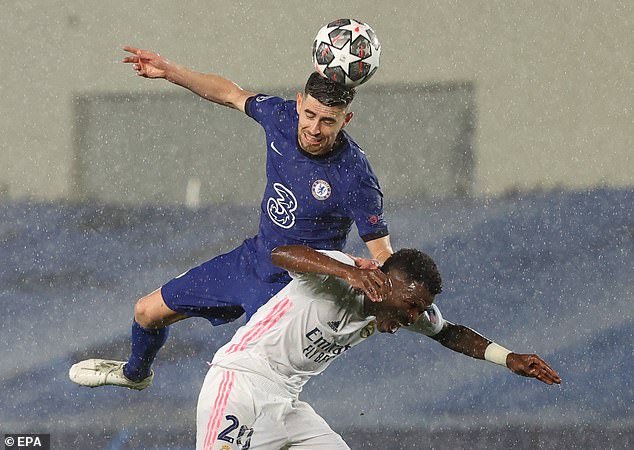 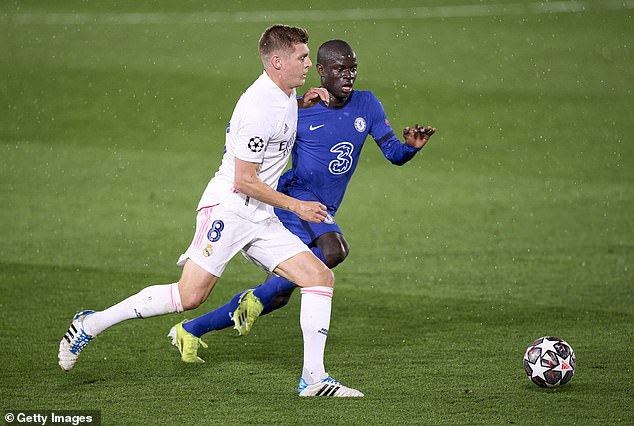 Ben Chilwell – Provided a beneficial outlet for the Blues. Saw plenty of the ball and used it well for his team. 7

Christian Pulisic – Took his early goal brilliantly and caused Real’s defence all worlds of problems with his movement. Booked. 7.5

Timo Werner – Missed a guild-edged opportunity to open the scoring. It didn’t get much better for German. 5.5

Mason Mount – Buzzed around the pitch causing problems wherever he ventured. Truly belongs at this level. 7 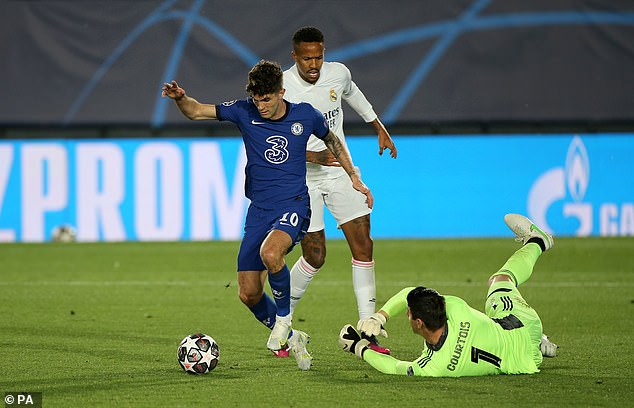 Thomas Tuchel: Should be delighted with his side’s display – but will leave Spain feeling his side should have left with more. 7