Barber also conceded the South Coast club may have to accept a partial agreement with some, but not all, of their squad as they look to limit the damage caused by coronavirus.

Talks are ongoing between Albion and their players, led by Glenn Murray and Lewis Dunk. 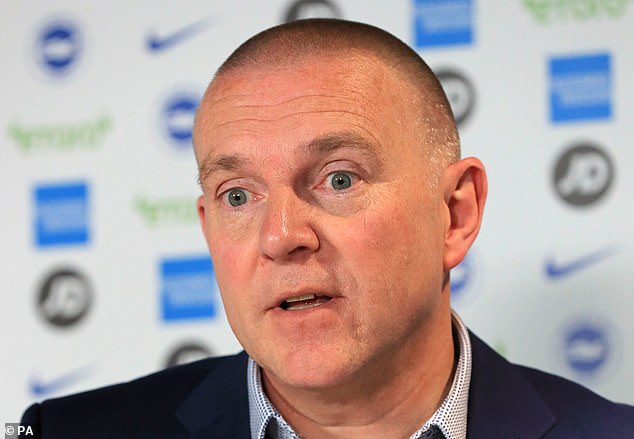 Though Barber insists the squad ‘want to help’, no agreement has been struck. In the meantime, chairman Tony Bloom has turned down numerous pay-cut offers from other staff members.

‘I understand from the outside it doesn’t look that great there’s not more rapid movement but equally I know from the inside it’s a lot more complicated than it might seem or than indeed some people think it should be. I understand that and I think the players do as well,’ Barber said.

‘The players are very aware of public perception.’ He added: ‘In an ideal world, what you would have is the squad coming together as a group and wanting to do X, Y or Z. That takes a little bit more time than a lot of people would realise.’ Barber accepts, however, that getting all 25 players to agree to a common position may not be feasible. 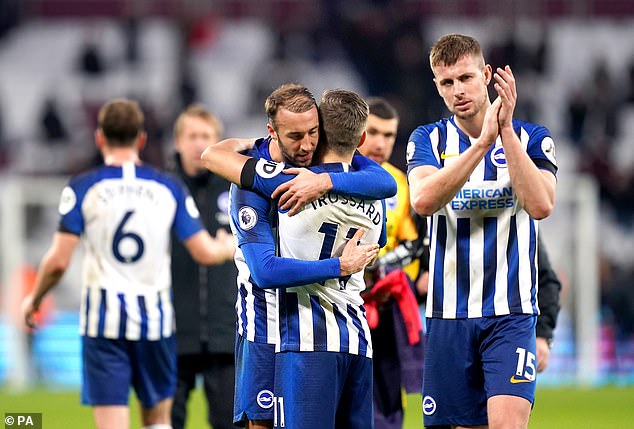 Brighton have also begun considering how they can jazz up the AMEX Stadium should matches soon resume behind closed doors.

Barber floated the idea of covering some empty seats with a message for the NHS, or even bringing noise into the stadium to make up for the lack of atmosphere.