Paul Pogba was photographed training in a Cheshire field on Tuesday, as Premier League players gear up for a return to on-field action.

Pogba, who has only played twice since since September due to injuries to his ankle, had his hood up as he took part in drills with alongside Manchester United team-mates Anthony Martial, Andreas Pereira and Victor Lindelof.

There is no evidence of the players breaking social distancing rules, and it comes on the same day as Sportsmail exclusively revealed that Premier League clubs could be permitted to complete the season at their own grounds – a potentially crucial break through in getting the season restarted next month. 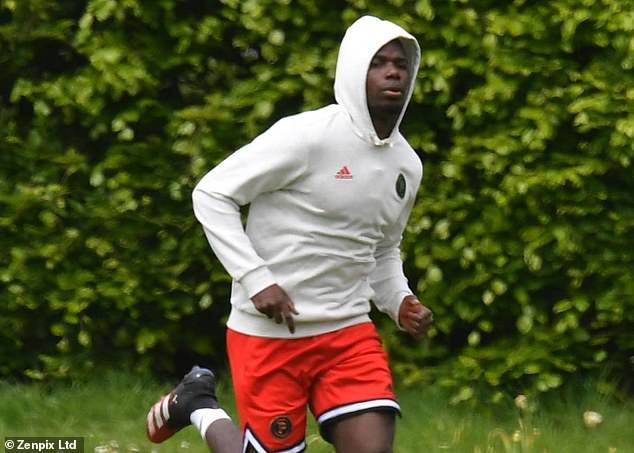 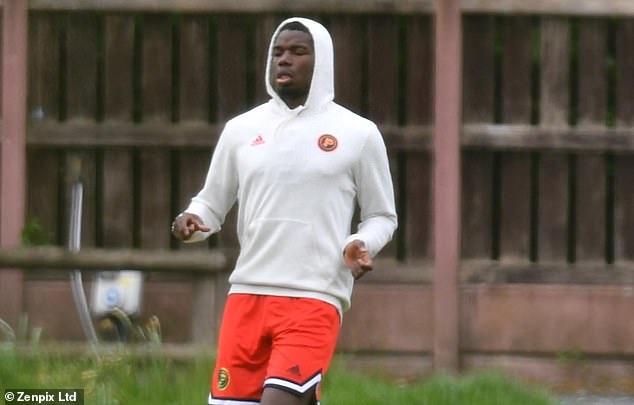 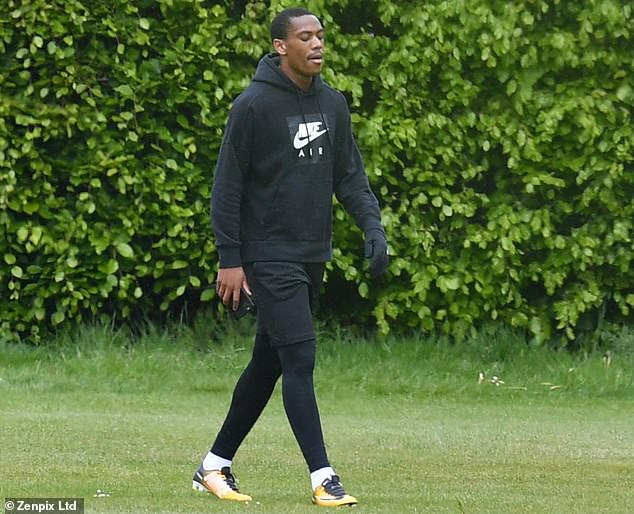 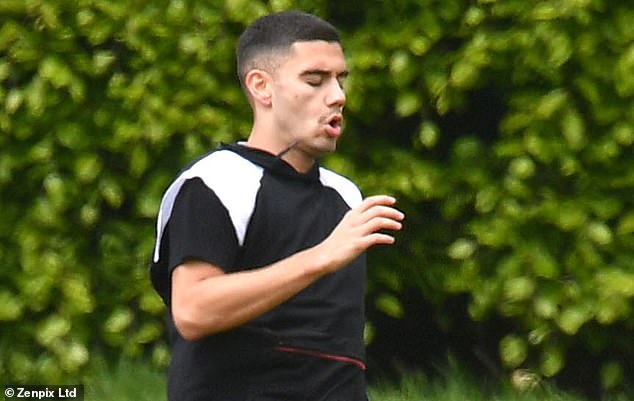 French World Cup winner Pogba has been linked with a move away from Old Trafford this summer, but was building his fitness up ahead of the potential return of the Premier League next month.

The four players took part in sprinting exercises as well as dribbling and passing drills. 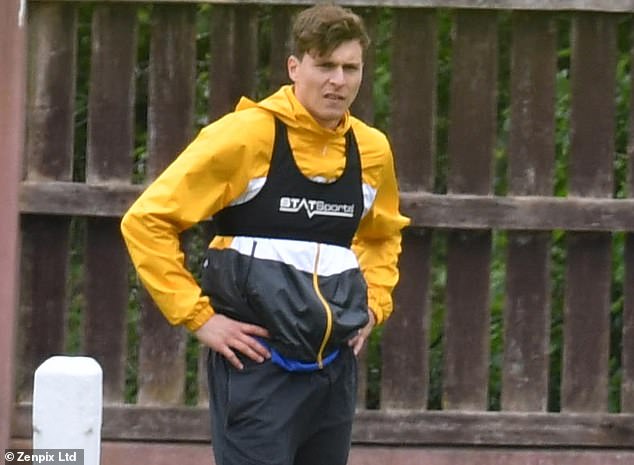 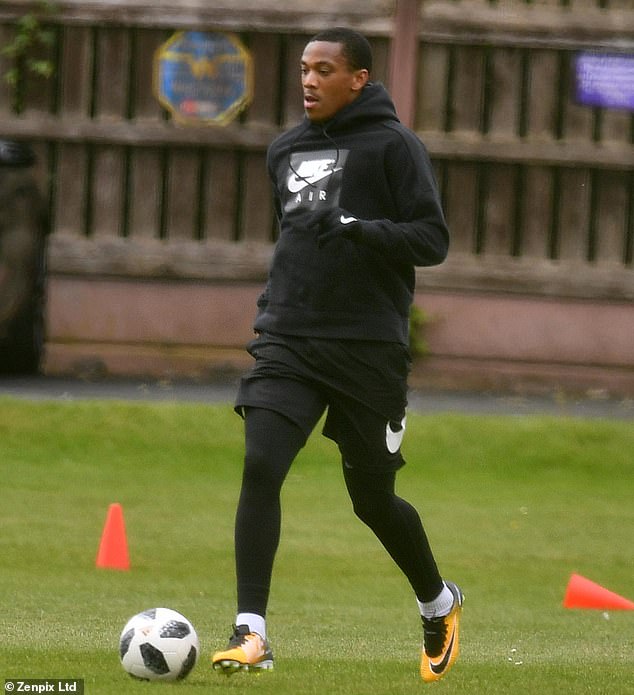 Martial, who was in excellent form before the season was suspended, dribbles with the ball 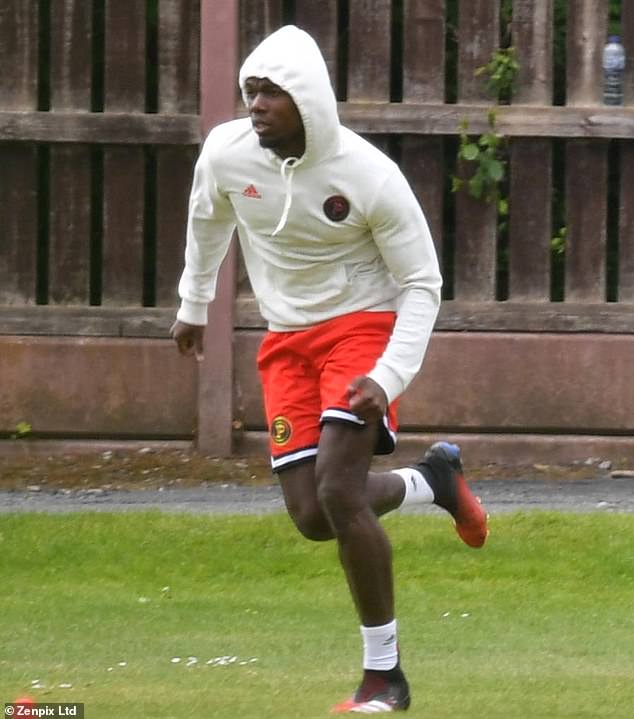 Pogba, seemingly devoid of any pain from his longlasting ankle injury, sprints on Tuesday 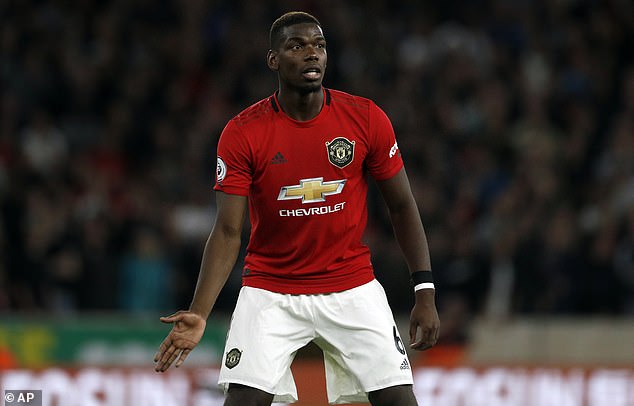 The session comes amid a number of top Premier League players expressing doubts about returning to training next week, with clubs being told today that members of their squads do not intend to return to training on Monday.

Sergio Aguero, Manuel Lanzini and Danny Rose are among the names who have reservations about their safety.

Sportsmail understands players have already privately expressed to their managers that they have major reservations about returning to work next week. 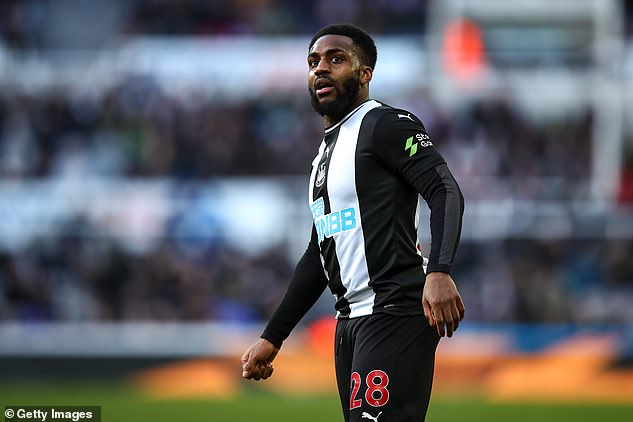 A number of top-flight clubs will hold video conference calls over the next 48 hours aimed at informing players about health and safety protocols.

Clubs are not putting pressure on their players to make themselves available given the unprecedented circumstances.

But the fact many clubs face going into Project Restart without their full squads will be of obvious concern. 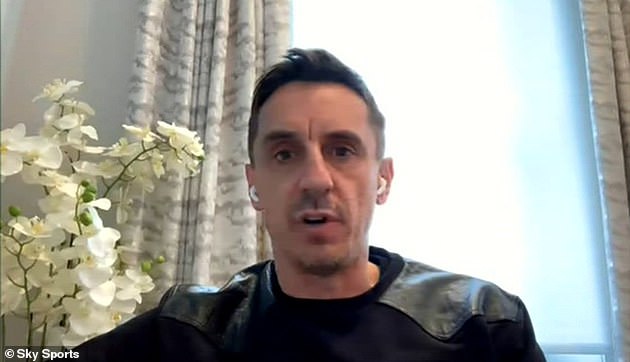 ‘I don’t think anybody is clear, in football or in the country,’ Neville said.

‘You’ve all seen the fallout of the rambling mess we had to witness on Sunday night. It became a little bit clearer yesterday with the further info that was released, but I think the Premier League were hanging their hat on further guidance that they didn’t get.

‘Maybe at this moment in time they need to be thinking on a July start rather than a June start. We’re getting closer and closer to a deadline.’