The Premier League have pledged £20million in support for the NHS and the most vulnerable during the coronavirus pandemic. The top flight released a joint statement after a meeting on Friday.

It covered player wages, when the Premier League would return and a pledge to help the NHS as well as clubs in the leagues below the top flight.

The statement read: “Further to that assistance, the League remains committed to supporting the National Health Service, its staff and helping people in communities, not least those who are most vulnerable.

“The League, clubs, players and managers express huge appreciation for the heroic efforts of NHS staff and all other key workers who are carrying out critical jobs in such difficult circumstances.

“In consultation with the Department for Digital, Culture, Media and Sport, the Premier League is immediately committing £20 million to support the NHS, communities, families and vulnerable groups during the COVID-19 pandemic. 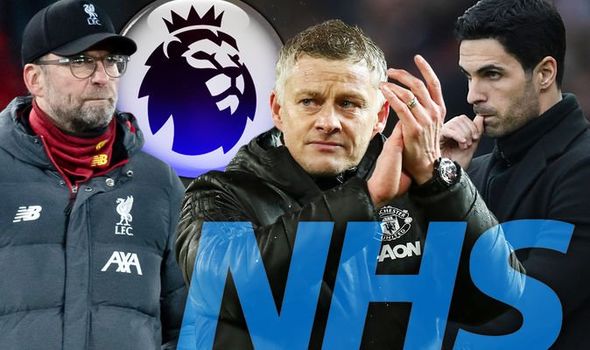 “This includes a direct financial contribution to the NHS and funds to enable clubs to refocus their efforts and develop significant outreach programmes to help communities, including those most in need.

“This funding will enable both immediate and longer-term support during the crisis.

“This includes a direct financial contribution to the NHS and funds to enable clubs to refocus their efforts and develop significant outreach programmes to help communities, including those most in need.

“This funding will enable both immediate and longer-term support during the crisis.”

The Premier League has some big decisions to make with the government putting pressure on clubs to do more to help during the coronavirus crisis.

The Professional Footballers’ Association (PFA) told its members not to give up a penny without consulting the union first though.

But Hancock, who tested positive for COVID-19 last week, has warned Premier League stars it is their moral duty to agree to a reduction in wages. 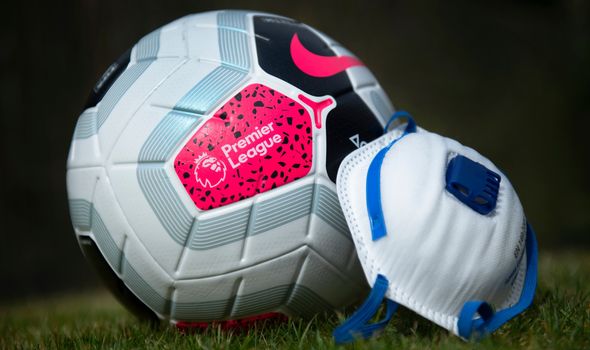 Speaking at Thursday’s Downing Street press briefing, the Conservative MP said: “I think that everybody needs to play their part in this national effort and that means Premier League footballers too.

“Given the sacrifices that many people are making including my colleagues in the NHS, who have made the ultimate sacrifice of going into work and have fought the disease and sadly died, the first thing that Premier League footballers can do is make a contribution, take a pay cut and play their part.”

The Premier League announcement comes after Manchester United stars agreed to donate 30 percent of their wages to help the NHS in the city.

Premier League clubs also voted to advance funds of £125m to the EFL and National League to help those clubs who envisgae severe difficulties in the coming weeks.

And the top flight have also said they will work closely with the PFA on the issue of player wages.

Liverpool currently sit top of the table, clear of Manchester City by 25 points after 29 matches.