PSG boss Christophe Galtier considers DROPPING one of Lionel Messi, Kylian Mbappe and Neymar to improve the team’s defence… with the coach concerned over the club’s Champions League chances when starting with the three superstars

PSG stars Lionel Messi, Kylian Mbappe and Neymar will be worrying over their places in the starting eleven as manager Christophe Galtier is reportedly considering dropping one of them for a new tactic.

Galtier has started the season deploying a 3-4-3 formation, which has helped the club to the top of Ligue 1, having only dropped points in one game as they remain unbeaten in their opening seven domestic fixtures.

The system has allowed the deadly trio for Messi, Neymar and Mbappe to flourish, as they have registered a combined 41 goals and assists between the three of them. 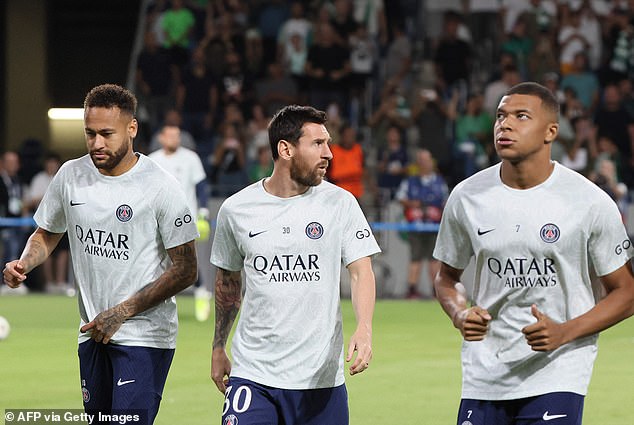 Despite the attacking potency, cracks have started to emerge elsewhere in the team as PSG looked defensively fragile in the Champions League fixture against Maccabi Haifa, which they did win 3-1, but only after initially going behind to the Israeli side.

The Galtier is considering dropping one of his star players and replacing them with an attacker that can contribute more defensively, according to L’Equipe.

The spaces left by the attacking trio can be exposed as midfielders Vitinha and Marco Veratti can often be outnumbered in the centre of the pitch. 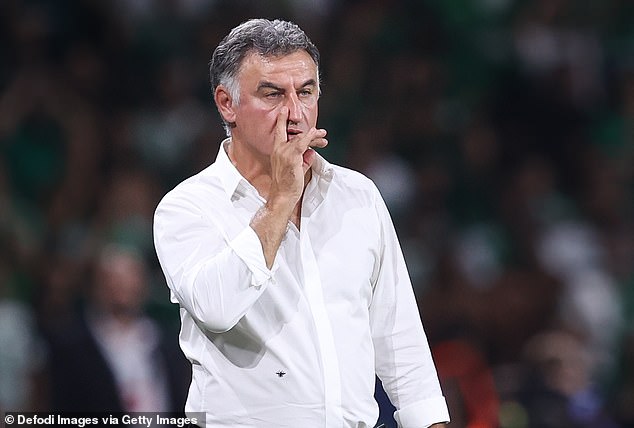 This has left the French coach questioning PSG’s Champions League winning credentials with Messi, Mbappe and Neymar all starting together.

The French giants are currently joint-top of Group H along with Benfica, as they have both of their opening two fixtures, whereas Juventus and Maccabi are both on zero points, having lost their first two games.

After the game against Maccabi, in which Messi, Mbappe and Neymar all scored, Galtier mentioned the issues with his attack. 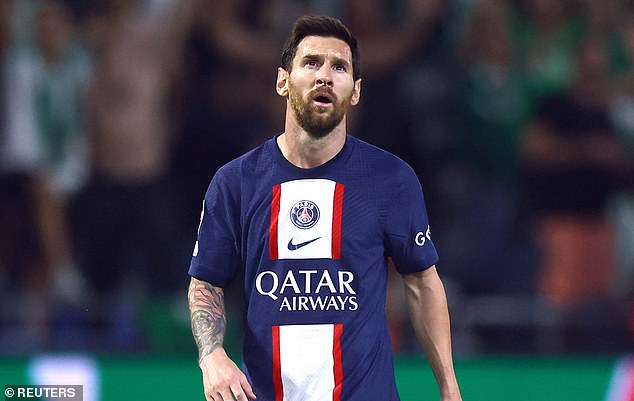 Neymar, Mbappe and Messi (pictured) have all started this season will with plenty of goals

He said: ‘It’s not so much that the attacking trio didn’t defend much. The team block was low, and the three of them quite high.

‘They wanted to get the ball back as soon as possible, but it gave a lot of space behind their backs.

‘We were really outnumbered in the middle. From the moment Messi, Mbappe and Neymar came back lower, in the team block, we started to counter their balls a lot better. 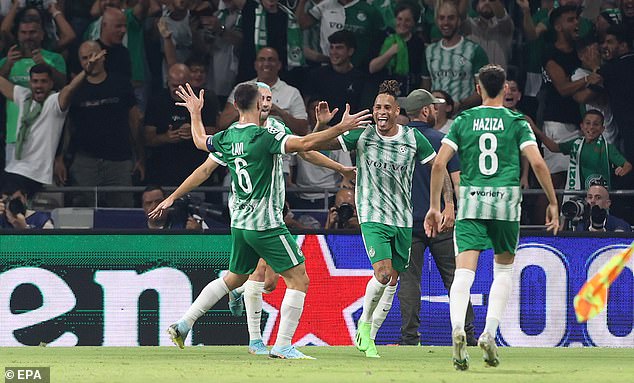 ‘We were then able to win the ball in important areas, and were better able to project ourselves offensively.

‘It was not a question of bad will, but rather a bad analysis of the pressure between our midfielders and our attacking trio.

‘As soon as Neymar was repositioned on the left side at half-time, it gave us a more interesting balance and we were able to recover the ball where it was needed.’