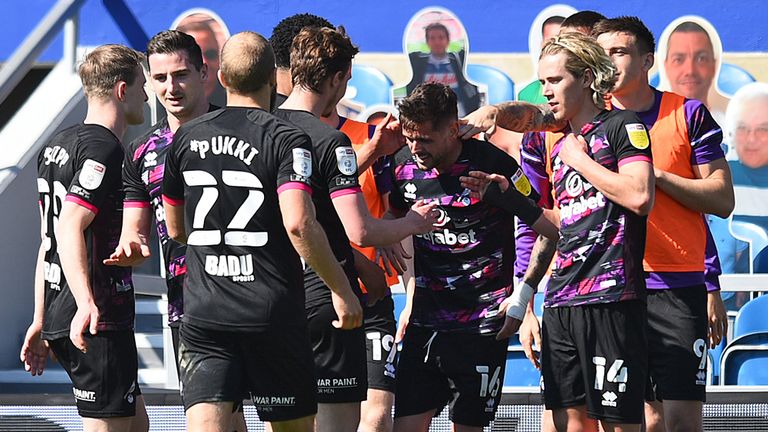 Norwich closed in on the Sky Bet Championship title as they ended their promotion hangover with a 3-1 win at QPR.

The Canaries, who had lost both games since securing an instant return to the Premier League, went ahead after 32 minutes as Xavi Quintilla’s first career goal punished a rare mistake by goalkeeper Seny Dieng.

Max Aarons doubled the lead in the second half with a far-post volley three minutes after City ‘keeper Tim Krul had saved Lyndon Dykes’ penalty.

Dykes pulled one back with 19 minutes left but Emiliano Buendia’s late third sealed victory for Daniel Farke’s side.

Norwich must wait to be crowned champions, though, as second-placed Watford beat Millwall, ensuring they will join the East Anglian club in the top flight next season. 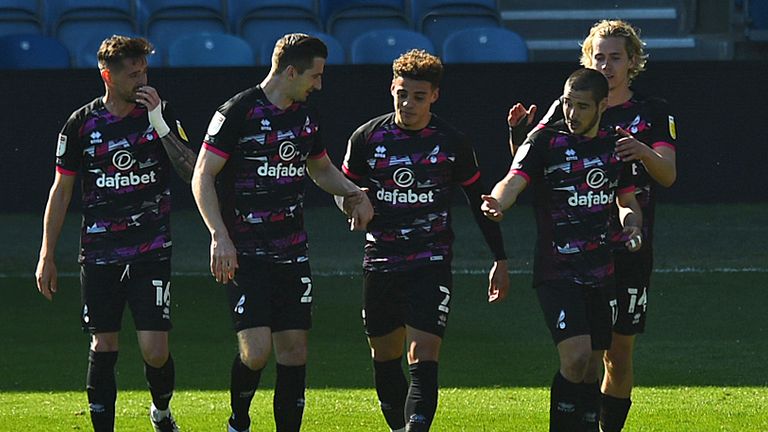 The Canaries need two points from their remaining two games to guarantee the league title.

The opening goal came when Dieng allowed Quintilla’s left-footed shot from near the edge of the penalty area to squirm through his hands and over the line.

Osman Kakay had gone close for Rangers inside the opening minute, firing narrowly wide of the target, but after that Norwich took control.

Buendia missed a chance to put them ahead when Jordy de Wijs failed to clear Grant Hanley’s punt forward and the Spaniard lifted the ball over Dieng but wide of the near post.

Another defensive error, this time by Rob Dickie, then let in Teemu Pukki, whose mis-hit shot was gathered by Dieng.

Norwich continued to have the upper hand and Kieran Dowell shot wide and had an effort saved by Dieng before Farke’s men eventually went ahead.

Rangers would have equalised before the interval had Krul not saved with his leg to deny Dykes after the Scotland striker was put in on goal by Ilias Chair.

And Krul denied Dykes again when QPR were awarded a spot-kick after Chris Willock was barged over by Hanley.

Dykes’ no-frills approach to taking penalties had seen him thump in his four previous attempts this season. But on this occasion the ‘keeper stood his ground and blocked Dykes’ right-footed strike.

Worse followed for QPR when west Londoner Aarons drifted away from Lee Wallace to blast in Kenny McLean’s left-wing cross in the 57th minute.

Rangers reduced the deficit when Willock pulled the ball back from the right to Charlie Austin, whose off-target shot was diverted into the net from close range by Dykes for his sixth goal in as many matches.

Austin, on as a substitute, then missed a glorious chance to equalise by heading Albert Adomah’s cross wide.

Rangers looked to be finishing the game strongly but their failed attempt to bring the ball out of defence led to Buendia helping himself to a goal with eight minutes remaining.

After Dickie gave the ball away, Todd Cantwell threaded it through to McLean, who laid it across from the left to tee up Buendia for a simple finish.