QPR and Bournemouth have been fined by the Football Association following an injury-time incident in last month’s Sky Bet Championship fixture.

The two clubs were charged by the governing body on Tuesday for failure to ensure their players conducted themselves in an orderly fashion at Kiyan Prince Foundation Stadium on December 27.

An altercation erupted following a challenge between Dominic Solanke and Yoann Barbet which also saw QPR’s Andre Dozzell sent off for a second yellow after he clashed with Chris Mepham. 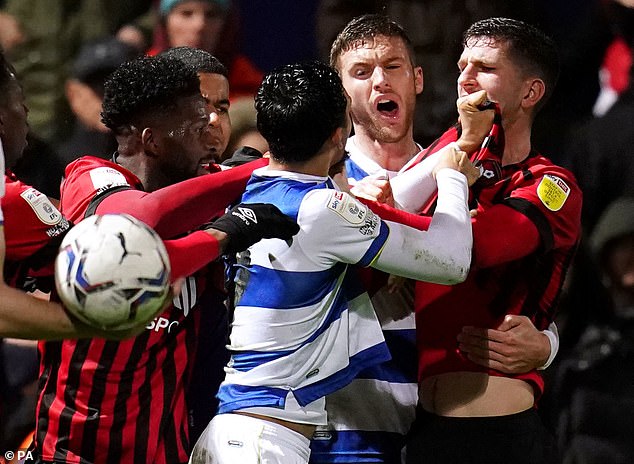 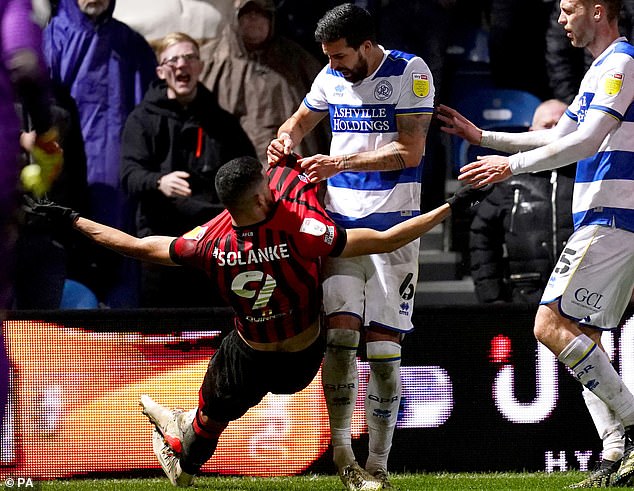 ‘Queens Park Rangers FC admitted a charge from the FA and accepted the standard penalty.

‘AFC Bournemouth admitted a non-standard charge and requested a paper hearing where its fine was imposed by an independent Regulatory Commission.’