‘He’s disrespected the club and the fans’: Ex-Tottenham defender Ramon Vega BLASTS Harry Kane over his ‘very wrong’ handling of his now-collapsed £150m move to Man City… hours after striker pledges his future to Spurs

Former Tottenham defender Ramon Vega has taken aim at Harry Kane over his ‘very wrong’ handling of his now-collapsed move to Manchester City, insisting the forward has ‘disrespected the club and the fans’.

Kane’s protracted move to City has become the biggest transfer saga of the summer, which fell through just days before deadline day after the reigning Premier League champions refused to meet Spurs’ £150million valuation of their striker.

The 28-year-old made shockwaves earlier this month when he failed to show up to pre-season training, having become frustrated after the club failed to match his ambitions. 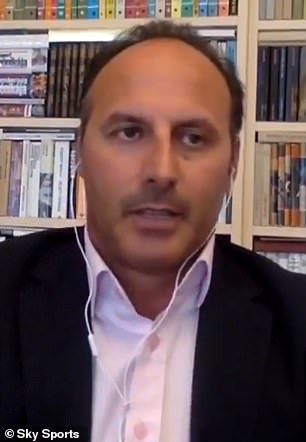 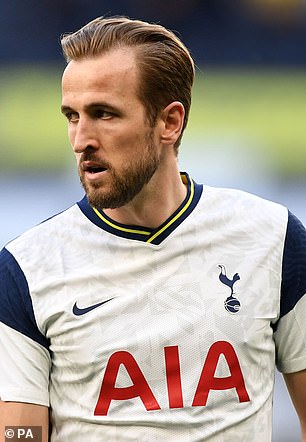 Ex-Tottenham defender Ramon Vega (left) has taken aim at Harry Kane (right), claiming the forward has ‘disrespected Spurs’ over his handling of his failed move to Manchester City

But with a summer move now dead in the water, Kane took to social media on Wednesday to rule out a move and pledge his immediate future to the club – a stance that has angered Vega.

‘My opinion might be still the same but he’s disrespected the club and the fans the way he’s handled the situation, and now, within a few weeks, suddenly he decides he’s 100 per cent behind Tottenham Hotspur,’ Vega told Sky Sports.

‘And it’s suddenly because his bet was not working out. I think that’s very wrong and I stick to my opinion of him off the pitch.’

When asked if Spurs should’ve got rid off Kane because he disrepected the fans, Ramon added: ‘You can’t just get rid of somebody who has a contract for another three years. 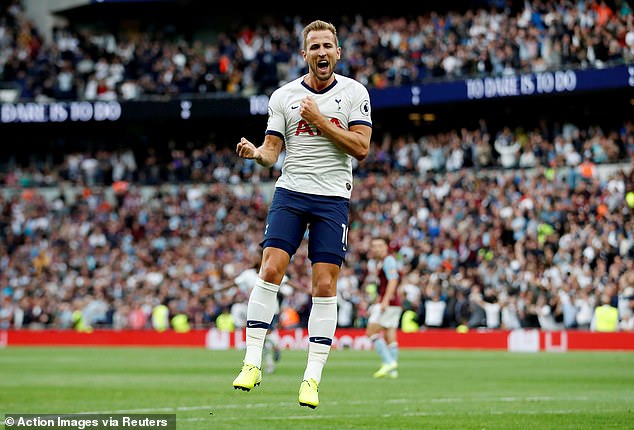 ‘Manchester City messed around Tottenham by not putting in the right amount on the table, which I think was disrespectful as well.

‘They [City] messed around with Spurs’ plans going forward and also messing around with the player and the squad Nuno [Espirito Santo] has had.

‘Nuno is obviously happy to have an extra player in his squad going forward but I still believe he’s [Kane] done a completely disrespectful way of handling the situation.’

England captain Kane has made little secret of his desire to leave Tottenham in pursuit of his professional ambitions to win trophies and play in the Champions League.

At 28, he has been eying a move to City but he has three years left on his contract and the Premier League champions have failed to come close to the £160million asking price. 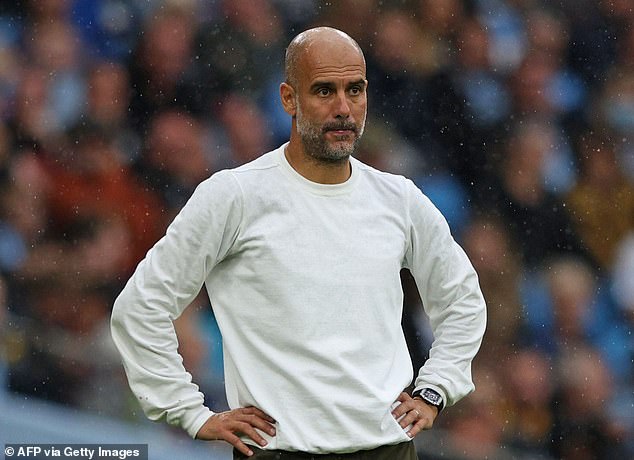 Kane has resigned himself to staying at Spurs for the time being although, in his statement, he referred only to the summer and did not commit for the entire season.

Despite knowing of his desire to leave, Nuno was delighted with Kane’s decision to stay, declaring the saga finished this summer.

‘Great news,’ said Spurs boss Nuno, after Kane’s statement on social media. ‘Fantastic news for everybody. It is finished, Harry is going to be with us. It is good that this issue is over and we can proceed as normal.

‘We are all very happy. One of the best players in the world. We are all delighted to have one more option for the season ahead of us. I spoke to him just like I speak to all the players and said, ‘let’s get ready to help the team’.’ 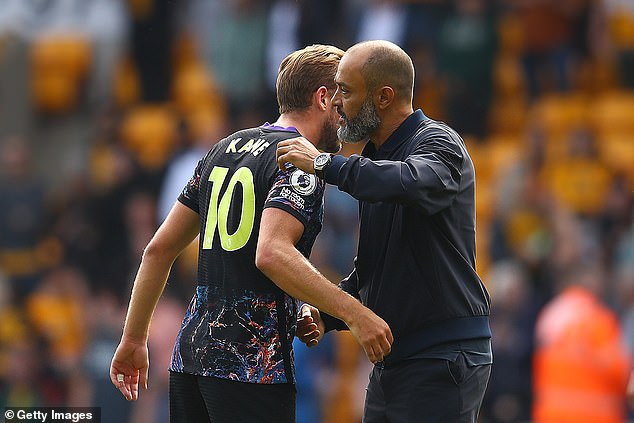 Kane trained with the team ahead of the second leg of the Europa Conference League play-off against Pacos de Ferreira on Thursday. Spurs trail 1-0 after the first leg.

‘He worked today and he is an option for tomorrow, let’s see,’ said Nuno. ‘Since Harry joined us, he has been working, so this is what we value. His attitude in training sessions has been great.

‘It is up to us and everybody, the player himself, to get his motivation. There should not be any kind of doubts in terms of motivation to play for Spurs, an amazing club, good team.

‘We are in a process and we need everybody involved. 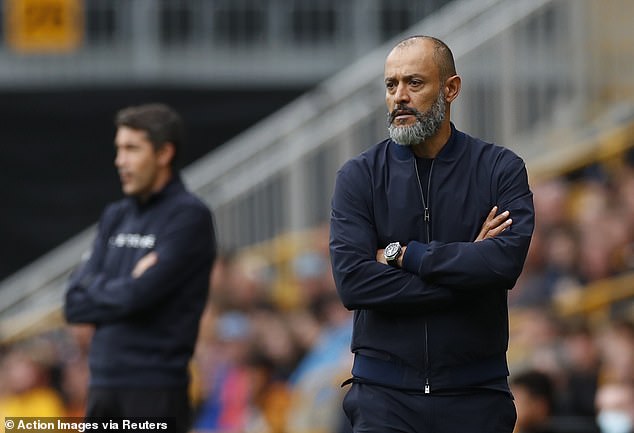 ‘It’s day by day. He’s an option for tomorrow and this is the only thing and this is my only thought, to try and make the best decisions to help the team tomorrow and Harry is one of the options.’

Goalkeeper Pierluigi Gollini said the confirmation of Kane’s decision to stay had been well received in the dressing room.

‘We are all very happy,’ said Gollini. ‘You know how good Harry is as a player and how important he is for this club and this team. For me, he is definitely one of the best strikers in the world so it is very big and important news for us and for Tottenham fans.’