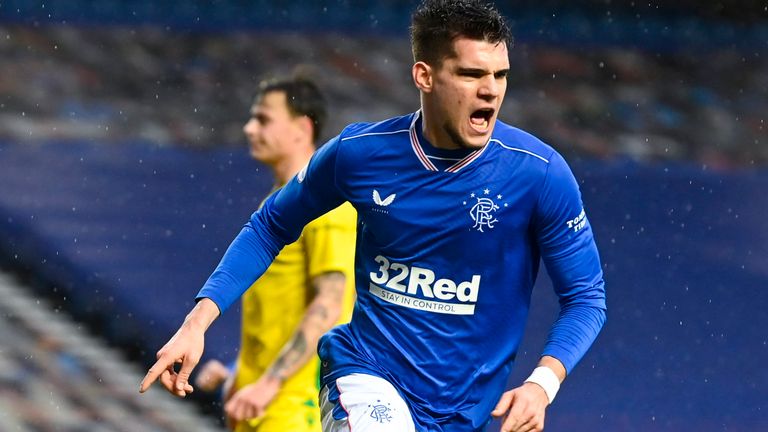 Ianis Hagi’s first-half strike saw Rangers maintain their unbeaten league run this season after edging past Hibernian 1-0 on Boxing Day as Steven Gerrard’s side extended their lead at the top of the Scottish Premiership with a 10th straight league win at Ibrox.

Hagi finished off a brilliant move involving Glen Kamara, Joe Aribo and Kemar Roofe with his third goal in as many games for Rangers, who held on to move 19 points clear of Celtic ahead of their trip to Hamilton later on Saturday afternoon. However, Steven Gerrard’s side have played four more matches than the champions, while Hibs stay third in the table.

Man of the match: Dillon Barnes

Hibs arrived in Glasgow as the last team to take points off the runaway leaders and the visitors very nearly opened the scoring after just 55 seconds. Josh Doig’s cross fund the unmarked Martin Boyle at the far post but he fluffed his lines.

The hosts took time to settle into their work, first going close when the returning Leon Balogun saw his effort cleared off the line by Paul McGinn, before making the breakthrough 12 minutes before half-time. 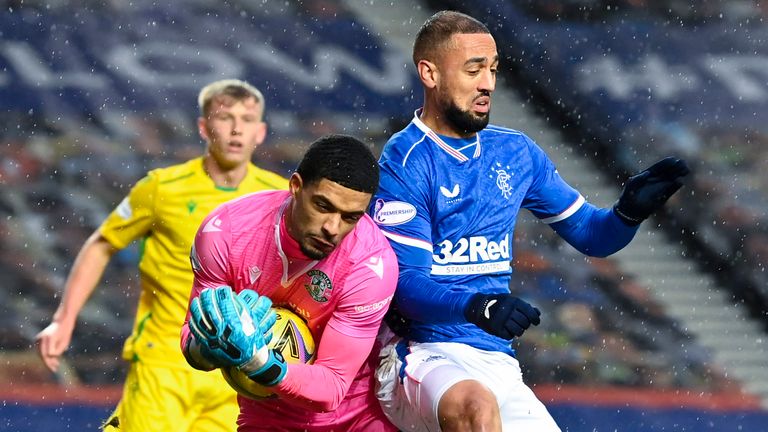 Kamara, Aribo and Roofe worked the ball nicely down the left, before the latter’s centre was swept home from six yards out by Hagi as Rangers’ pressure finally told.

In reality, Rangers would have won more comfortably had it not been for an impressive display in goal by Dillon Barnes, who did brilliantly to keep out Connor Goldson’s close-range header before the break.

Rangers boss Steven Gerrard made just the one change from the side which won 3-0 at St Johnstone on Wednesday, with Leon Balogun coming in for Fil Helander, who dropped to the bench.

As for the visitors, Dillon Barnes started in goal, while Christian Doidge was suspended.

The ‘keeper, one of four changes made by Hibs boss Jack Ross, did even better midway through the second period when again showing impressive reflexes to thwart Balogun after another corner fell invitingly for a Rangers defender.

As a result of those stops, the hosts endured a tense finale, but hung on to as they recorded a 16th clean sheet in 20 top-flight encounters this season.