The Gers board were unhappy when Celtic were declared champions on a points-per-game basis back in May as a result of the Covid-19 crisis.

Much of their frustration was vented towards Scottish Professional Football League chief executive Neil Doncaster over his handling of the Dundee-vote saga, even calling an emergency meeting of clubs in an unsuccessful bid to have the league supremo suspended and an independent investigation launched.

Now Robertson has hit out again as he claimed Scottish football deserves to be governed better. Speaking at the club’s virtual AGM, he said: “I think we were all disappointed with the way the 2019/20 season was curtailed early. The fashion that happened left a really sour taste in the mouth, to be honest.

“It’s been well publicised what our views on that were. We as a club were keen to get the games played. We’d have much rather got the games played to a conclusion as they did in England and most other European countries.

“However, that path was never really made available to us. I feel some clubs accepted that path a bit too quickly and if we’d tried a bit harder, maybe we’d have got there. We didn’t and eventually there came a point when it was obvious we weren’t going to get there.

He added: “We all want to be displaying the best product we possibly can and showing Scottish football in its best light and I don’t think we’re doing that right now. There’s a lot of improvements that could be made on that side of it.

“It needs to start with the way the authorities govern the game. We were very vocal about it in the summer. We feel exactly the same now as we did then and we’re still chipping away at it.”

Stranraer and Hearts stood with the Ibrox side to call an emergency general meeting to consider a 200-page dossier of claims against Doncaster’s handling of the crisis. But only 13 clubs in total backed their resolution. Now Robertson has urged Rangers’ rivals to speak up if they want to see change.

He said: “We hear from many other clubs who express their dissatisfaction with the way things are being done but they need to believe in the courage of their convictions and actually come out and support and be a bit more vocal if they really want to see change.

Robertson also admits Rangers will have to sell off some of Steven Gerrard’s star names next summer if the club’s business model is to come to fruition.

The club announced £15.9m losses in their annual accounts earlier this month and need to raise up to £24m by the end of next season to fill a black hole in their finances.

Gers’ revenue streams have risen significantly on the back of the £21m Gerrard’s team raised with their run to the last 32 of the Europa League last season but managing director Robertson admits the Ibrox boss will be forced to let some of his key men go in a bid to balance the books. 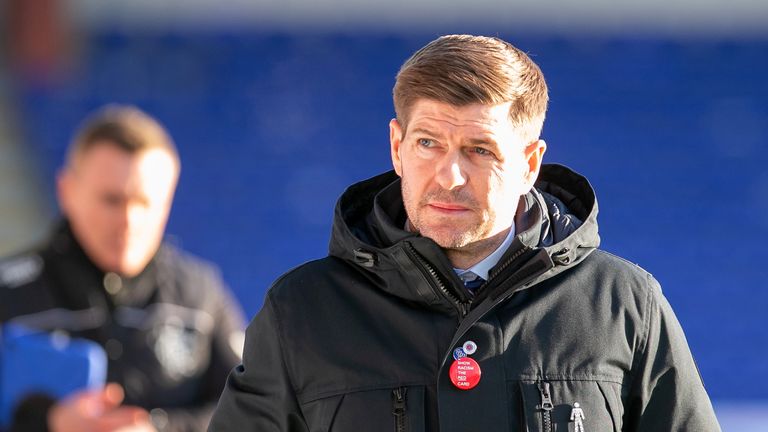 He said: “We’re delighted to report that revenue came in at just under £60m, which has probably trebled in the five years since the current board took over, so we’re delighted with the progress.

“Really there are four main pillars to the revenue. You’ve got your season ticket income, which nudged up by over £1m and we’re delighted that the fans have stood by us again by selling out our season tickets.

“Our commercial revenues are growing at a pace under James Bisgrove, while the third pillar is our European income. That’s where we saw the largest growth in the 19/20 accounts due to our run to the last 16 of the Europa League. That demonstrates how important regular participation in the group stages and the latter rounds of Europe really is to us.

“The last pillar is player trading. We don’t have much at all in that regard but what we do have, which we haven’t had to the same extent, is a real value in the squad. We know that in time a key part of our business model means that we have to facilitate an increase in income by trading players. We have to really focus on that over the next 12 months.

“We know as a club we’ve made a lot of progress in a lot of areas but that area is one we’re really focused on. We know for the business model of the club we need to start moving one or two players a year.

“It won’t be a big turnover in the squad but that is something we need to do and something we’re really focused on for the summer.”

Offers have to ‘reflect valuation’

However, vice chairman John Bennett insists the Gers board have already proved they will not accept any old bid after knocking back interest in Alfredo Morelos and Ryan Kent over the summer. 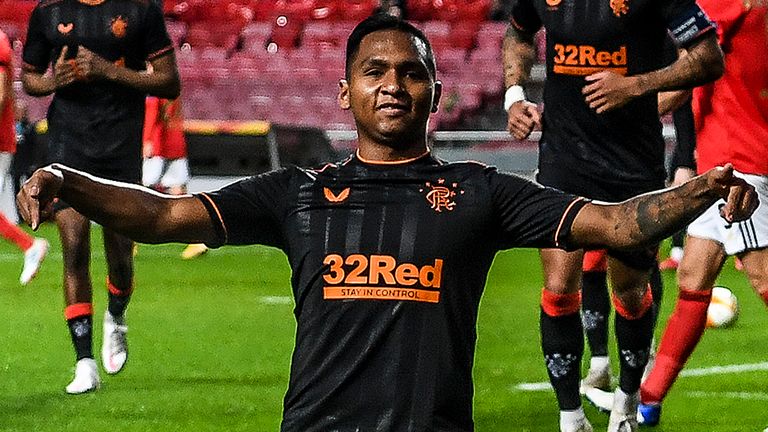 The director – who along with chairman Douglas Park has vowed to cover the club’s cashflow shortfall – told shareholders: “One thing is clear we don’t want to sell them at values that don’t reflect their full and fair value and you’ve seen that last year to bids for our players.

“It has to reflect our valuation. And if that is the case, we’ll have a decision to make. While player trading is the important fourth pillar to our model, we have not got ourselves in a position where we have to sell to validate the model. That’s not the case.

“Yes it’s been deficit funding as we’ve gone on but we’re very fortunate that we have loyal investors. That’s been a deliberate strategy to front load the investment to make sure we’re not in a position that undervalues our players. Again you saw that last year and we will not accept that.”