Ryan Jack has been ruled out for the rest of the season; James Forrest faces a race against time to be fit for Sunday; follow Rangers vs Celtic with our live blog on Sky Sports website and app 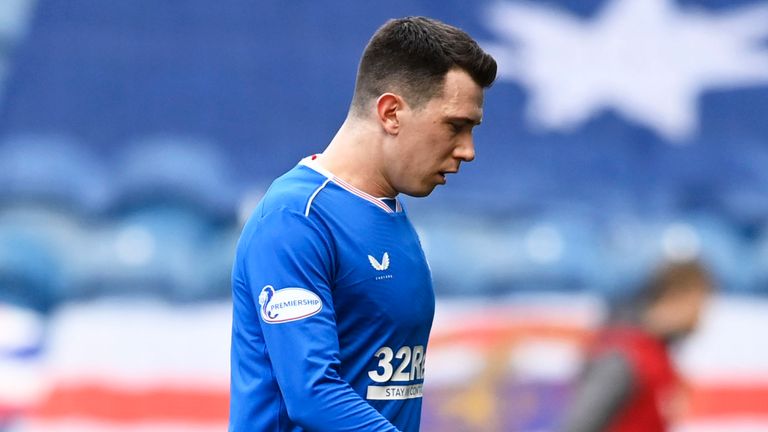 Team news ahead of Rangers vs Celtic in the Scottish Cup fourth round on Sunday (kick-off 3pm).

Rangers midfielder Ryan Jack has been ruled out for the rest of the season after being told by a specialist that he requires surgery on a calf problem. It’s a huge blow for Scotland too with Jack set to miss Euro 2020.

Meanwhile, captain James Tavernier, who has been sidelined since February with a knee injury, could be back to face Celtic, but Rangers boss Steven Gerrard says he ‘will not be rushed back’.

Defender Leon Balogun is also a doubt after picking up an ankle knock in training and if he and Tavernier miss the game, Nathan Patterson is likely to start at right-back.

Interim Celtic boss John Kennedy revealed that James Forrest was still racing against time to be fit for Sunday.

The Scotland winger has recently returned from a lengthy spell on the sidelines following ankle surgery.

In his first Premiership start since September, he scored against Livingston at Parkhead on Saturday with his second goal in two games, but came off just before the hour mark in the 6-0 win with a back and hamstring niggle.

Kennedy said: “He has come on reasonably well in the week. We got a bit of work into him yesterday (Thursday), it was more of a down day today to recover, and we will have a go at him again tomorrow.

“It will be a very late call but with the position we are in and the magnitude of the game we will give it as long as we possibly can and make a decision late. We are hopeful, we will keep our fingers crossed.”

Follow Rangers vs Celtic in our dedicated live match blog.

Kris Boyd, Andy Walker & Ian Crocker look ahead to the Scottish Cup fourth round ties including Sunday’s Old Firm at Ibrox and analyse what is on Stephen Glass’ in-tray at Aberdeen as he prepares for his first match in charge of the Dons against Livingston.

Plus, after Hearts sealed promotion back to the Premiership, Walker & Boyd discuss what next for the Tynecastle side and the pressure facing Robbie Neilson.