Real Madrid are reportedly planning to build their team around Paul Pogba and Kylian Mbappe as Zinedine Zidane lines up a sensational double raid for the French duo. The Los Blancos boss has not spent this summer and there’s growing feeling that there is something big in the pipeline for 2021.

Pogba made it clear in midweek that he still dreams of playing for Real Madrid.

The midfielder stayed put at United due to the coronavirus pandemic and Juventus were planning to make a move before the financial implications of the crisis.

It’s already clear that Pogba does not see his long-term future at Old Trafford and Zidane is set on working with him in the Spanish capital.

Mbappe’s proposed move to the Bernabeu is no secret either and there is some suggestion that his next destination is already set in stone. 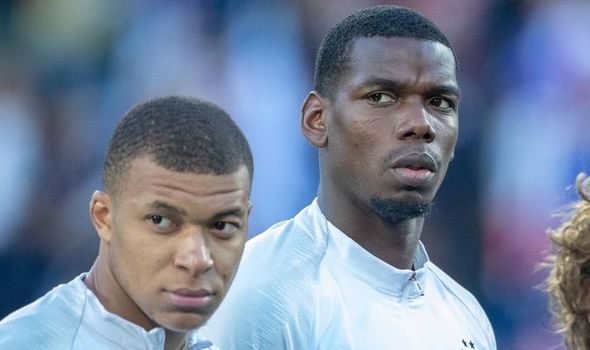 According to football consultant Ian McGarry, Real Madrid are preparing to lure the two France internationals to the club next summer as part of Zidane’s project.

He said on the Transfer Window Podcast: “I’ve spoken to people I know at Real Madrid and my information that the club is planning a fairly major, major spend which they’ve not done this summer.

“However, it seems to be the vision of Zinedine Zidane not surprisingly to build a new spine of his team around three France international players.

“Those being Raphael Varane in central defence, Paul Pogba in central midfielder and Kylian Mbappe at the centre point of his attack.

“It’s not an unusual to build a team through and it’s certainly the case that you would think the understanding that Pogba and Mbappe have shown in their time at the France international team, would be a winning combination.

“People close to Mbappe talk about his friendship with Pogba and how he sees Pogba as someone he respects and looks up to in terms of his football and leader.

“This is going to be a huge amount of investment, I think we are looking at in excess of €200million (£181m) for Mbappe however he will be a year less in contract next summer.

“Pogba will have a year left next summer, the €100m (£90m) fee that United paid to sign him will reduced by certainly more than half.” 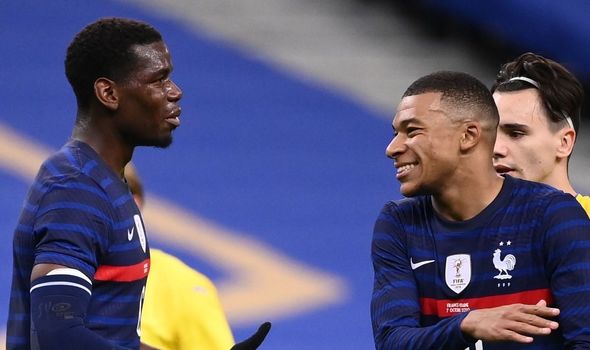 Pogba insists he is now trying to regain his best form at United but despite that, he still dreams of playing for Real Madrid.

He said: “All football players would love to play for Real Madrid. It is a dream for me, why not one day?”

“At the moment, I am in Manchester and I am concentrating about getting back to my best form.

“I think there will be a moment when the club will come and talk to me and maybe offer me something, or not. So far, nothing has happened. I can’t tell you something that I don’t know.”