Real Madrid players were left shocked by Zinedine Zidane’s decision to leave Toni Kroos and Ferland Mendy out of the team to face Valencia. It is not the first time the Frenchman has left the duo out amid growing pressure with the Bernabeu ranks. Valencia thrashed Real Madrid on Sunday as murmurs of discontent mount.

Real Madrid players could not believe Zidane had left Kroos and Mendy out of his starting XI against Valencia.

It is not the first time the duo have been ostracised from the line-up, as discontent grows around the Bernabeu.

Valencia thrashed Real 4-1 at the Mestalla on Sunday night to ramp up the pressure on Zidane in a shock result which saw Los Blancos concede three penalties. 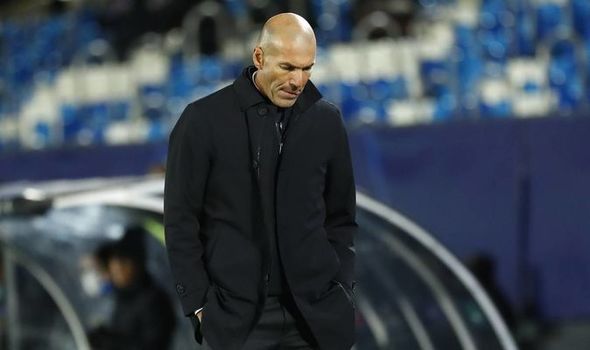 Lucas Vasquez, Marcelo and Sergio Ramos all gave away penalties, throwing the game away for Madrid after Karim Benzema had scored to take them into the lead.

According to Marca, many Real players were shocked that Kroos and Mendy had been dropped from the line-up.

Both had starred for the club in the Champions League in their 3-2 win over Inter Milan, while the duo were also dropped in the league match against Huesca.

Marca report that the dressing room did not like Zidane’s decision as Real go from one rollercoaster result to another.

And the Frenchman took full responsibility for the defeat to Valencia – which was their first victory in four, taking them to ninth.

“We started the first half-hour well,” Zidane, as quoted by AS, told reporters. 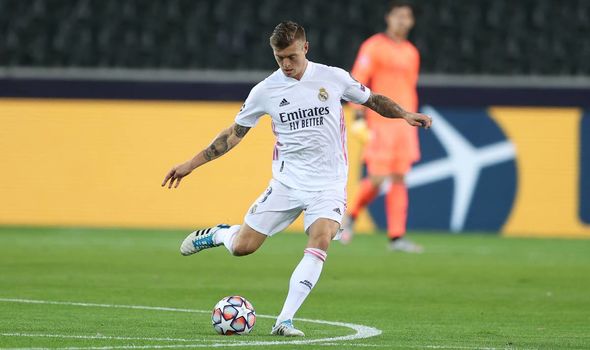 “After the goal we fell apart and changed the dynamics. Everything happened to us; three penalties, an own goal. It is difficult to understand.”

“There is no justification or excuses.

“I don’t think Valencia has been tactically better than us. The only thing is that we started well and everything changed after the goal.

“This is difficult to understand but yes, the one most responsible is me. We must find solutions after the goal they scored.”

Former Watford manager Javi Gracia, who is now in charge of Valencia, was over the moon with the result.

“I am happy, yes, for offering this victory to so many people who work at the club, to the veterans who come to give encouragement,” he said. “These things are not forgotten and I am excited to share these three points with them.”

Related posts:
Basketball News:
Rams’ McVay ‘never’ considered benching Goff
Raul Jimenez breaks silence after successful operation on fractured skull
FA director Stacey Cartwright, who was leading search for Greg Clarke's replacement, steps down
MLB News:
Rams’ McVay ‘never’ considered benching Goff
Houston Texans WR Will Fuller hit with six-game PED suspension
Will Fuller is an idiot
Recent Posts
This website uses cookies to improve your user experience and to provide you with advertisements that are relevant to your interests. By continuing to browse the site you are agreeing to our use of cookies.Ok